One of the great pleasures of following comics is seeing a title you once loved – either in single issues or out-of-print collected editions – being reissued. It’s also fun discovering a title you didn’t previously know existed, collected in a nice new format. Here are some of the reissues I most enjoyed in 2014. (I would be delighted if you would be so kind as to share your own.)

IDW’s Library of American Comics and Library of American Comics Essentials editions are some of my favorite comics being published today. If I had unlimited funds, I’d buy them all. While the main Library of American Comics features some of the more famous strips, such as Terry and the Pirates, Tarzan, Bloom County, Little Orphan Annie, Flash Gordon, Steve Canyon and others, the Essentials line focuses on early, more rare newspaper strips. With a 11.5” x 4.25” format, they’re much lighter (and more affordable) than the other series. One of those strips, Alley Oop: The First Time Travel Adventure, I reviewed earlier this year for The Comics Alternative. 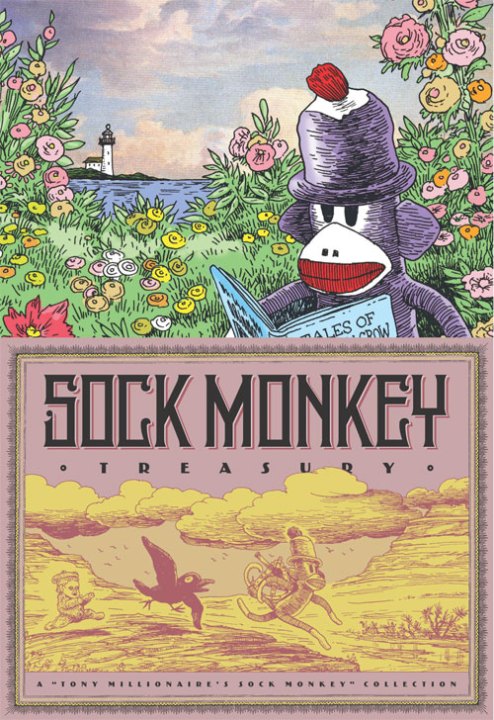 This complete collection of Millionaire’s kids’ tales (not to be confused with his Maakies comics, which feature some of the same characters) is a delight. Read more about it from Aaron Alexander’s excellent review. 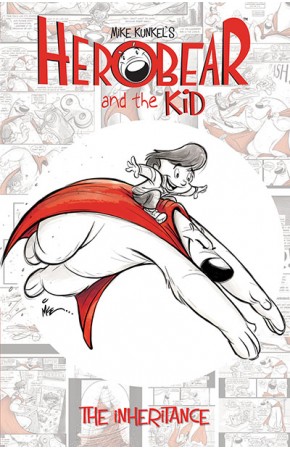 I was so glad to see this wonderful all-ages title get reissued in a nice trade paperback edition. I reviewed this title earlier this year at The Comics Alternative. 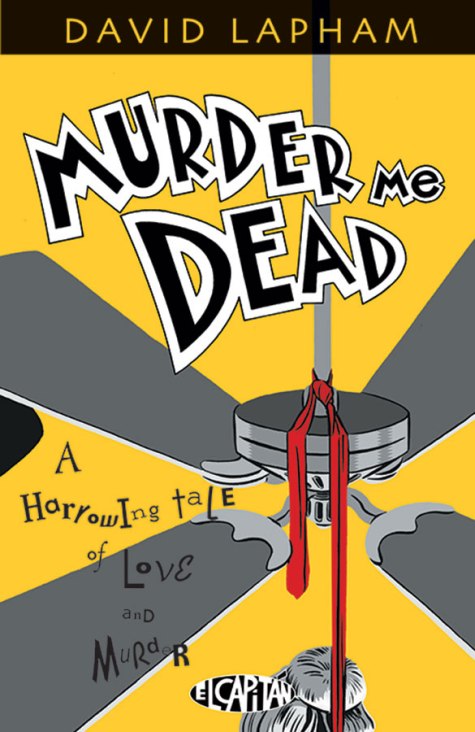 I’ve really enjoyed discovering David Lapham’s work this year and although I didn’t start with Murder Me Dead, it is a good entry point into Lapham’s style, an excellent blend of black-and-white comics and noir. Derek and I discussed this title on a Comics Alternative podcast earlier this year. 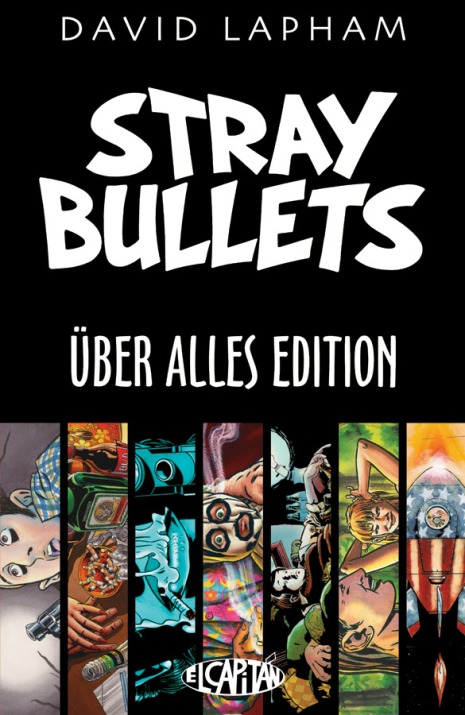 Yes, Lapham’s Murder Me Dead is good, but Stray Bullets is brilliant. The 1200-page Über Alles Edition – a direct market exclusive – is the way to go if you can find it. The price tag may be steep for first-time Lapham readers ($59.99), so you may want to pick up Murder Me Dead first to see if you like Lapham’s style. But if you enjoy hard-hitting (and I mean really hard-hitting) crime stories, you won’t want to pass this one up. I’ll have more to say on this one in a later post, but for now, you can find out more here.

When you look at books that came out in 1986, such as Watchmen and The Dark Knight Returns, it’s easy to forget pretty much everything else, especially the comics that weren’t coming out of Marvel or DC. Yet Chuck Dixon’s Airboy, which was originally published every two weeks, was a fun, sometimes gritty, action/adventure title that still works 30 years later. Eventually Airboy expanded from 16 pages every two weeks to 32 pages, but with backup stories of other characters such as Skywolf. The backup stories are pretty good and sometimes tie in to the Airboy stories, but I prefer Airboy’s adventures.

Airboy was originally a Golden Age character, but don’t let that keep you from reading these tales. (You’ll get up to speed during the first issue.) The art in all of these tales is absolutely stunning. Thanks to my friend Chris Marshall over at The Collected Comics Library, who recommended Airboy. 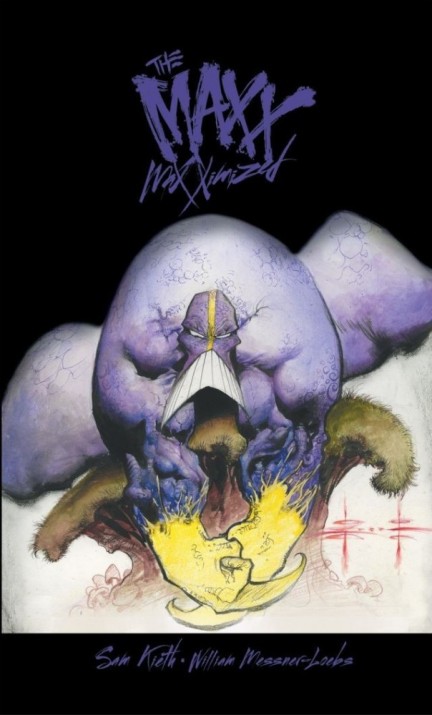 Although this hardcover edition only includes four issues of the1990s comic, it’s definitely worth your time. If I had to give you a one-sentence overview, I might say The Maxx is about a homeless superhero who lives in a box, but that would only serve to hook you. It’s about identity, power and so much more. Derek and I discussed this reissue earlier this year. 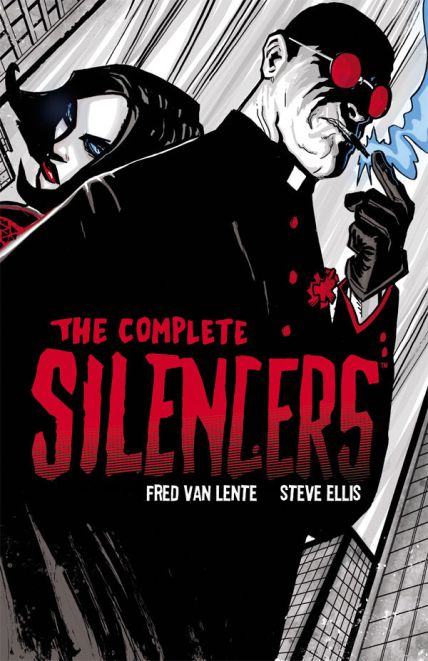 The Complete Silencers was my first in-depth look at the work of Fred Van Lente, which has created a real financial problem for me, since I now want to read all of his work. I suspect the same may be true for you. You can read my full review at The Comics Alternative. 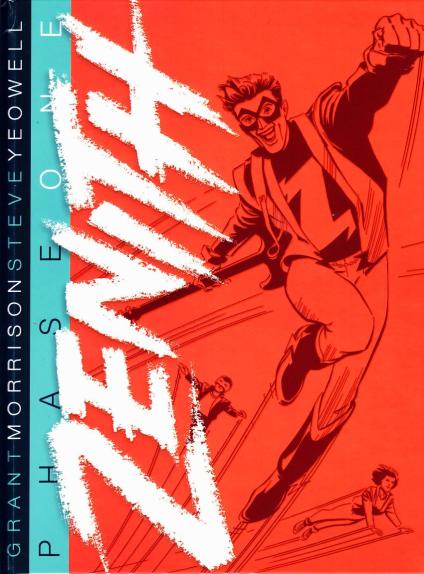 An early Grant Morrison work in (mostly) black and white, Zenith: Phase 1 is an interesting take on the superhero/Nazis-Seek-to-Conquer-the-World subgenre. The story is compelling and fun. I’ll definitely seek out the next volume.