“Best of” lists are always problematic. I thought for weeks that I had my Top 10 wrapped up, then discovered I only had nine. When I couldn’t decide between a couple of late entries, I decided to include them both, so here are my Top 11 graphic novels published in 2014:

Coddie is a simple village girl known primarily for her ever-present scent of fish, which she daily cleans and helps prepare. When a fairy grants her wish of beauty, Coddie’s life is changed in ways she could never have imagined.

Beauty could be thought of as something of an alternative classic fairy tale with a European-influenced art style, but it contains so much richness and depth, I think most readers will be surprised and captivated. 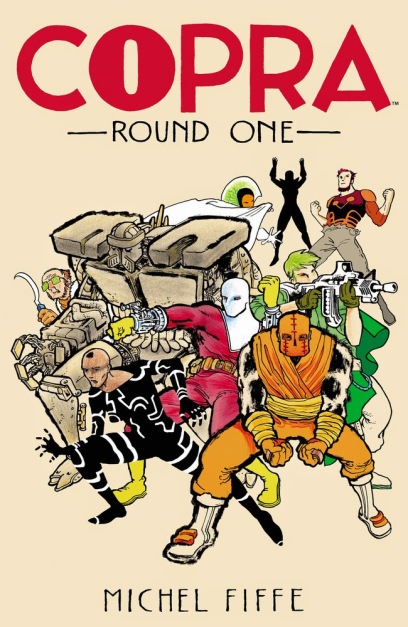 Copra: Round One collects the first six amazing issues of Copra, a book you should run out and get right now if you haven’t already. Superheroes, action, mayhem, and boundless energy. This is a great book that you should not miss. Please read more about it here.

This is only the second work I’ve read by Dash Shaw (the other being New School), but he’s quickly becoming one of my favorite creators. Doctors is a story about science, relationships, life and death, the afterlife, and much, much more. Shaw’s storytelling, pacing, and use of color make Doctors a multi-layered work of depth that rewards through subsequent reads.

Derek and I discussed Doctors on a podcast earlier this year. If you’ve never read Shaw before, I encourage you to give Doctors a try.

The Gigantic Beard That was Evil – Stephen Collins (Picador)

Shea Hennum mentioned this book on one of the on-locations shows of The Comics Alternative Podcast and Beth Carey reviewed it on the blog, so those two strong recommendations influenced me to pick up this amazing little book. I hope you’ll pick it up, too. 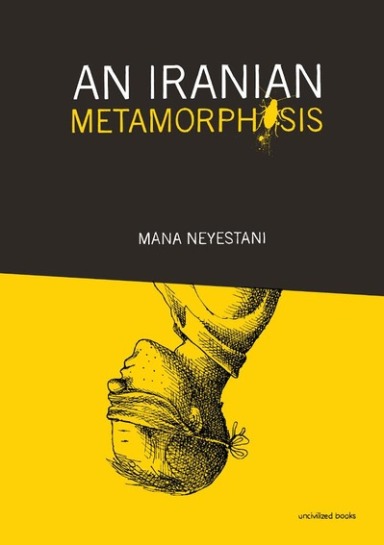 An exceptional graphic memoir by Neyestani, an Iranian cartoonist whose cartoons featured in a children’s publication landed him in a prison nightmare worthy of Kafka. While Kafka’sMetamorphosis is a clear inspiration for this black and white graphic novel, it is not heavily derivative of that work. Neyestani instead creates something with a hint of the bizarre, yet very personal, unique and moving. Seek this out! 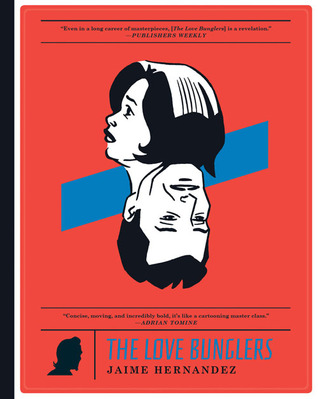 I’ve only read a small portion of Love and Rockets before picking up this volume, but even from that limited exposure, I’m fascinated by what Hernandez does here with one relatively short volume. Here we see Maggie – one of the main characters from Love and Rockets – through a span of decades as she deals with family secrets, love, death, and more. These snapshots of her life are filled with astounding depth of character and Hernandez’s storytelling is brilliant. The only thing to do now is to go through as many of the early Love and Rockets volumes as possible in 2015.

If Gene Luen Yang had simply pointed us to the existence of a short-lived, mostly forgotten superhero from the 1940s, most comics fans would’ve paid attention. Comics readers tend to listen to well-respected creators, especially one who has given us such works as the multi-award-winning American Born Chinese and the Eisner-nominated Boxers and Saints. But instead of simply making us aware of the first Asian American superhero, Yang and artist Sonny Liew give us the Green Turtle’s origin story and much more in The Shadow Hero.

Read the rest of this review at The Comics Alternative.

After decades away, Earl Tubb comes back to Craw County, Alabama to clean out his deceased father’s house. Earl’s been away a long time, but – as most Southerners know – you may be done with the past, but the past is never done with you.

Like Aaron (who is from Alabama), I can relate to Southern Bastards (being from Mississippi). Aaron and Latour get it right, delivering a blistering story of Southern culture and its brokenness. This is hard-hitting stuff and won’t be for everyone, but you’ll know from reading the book’s introduction whether or not it’s for you. 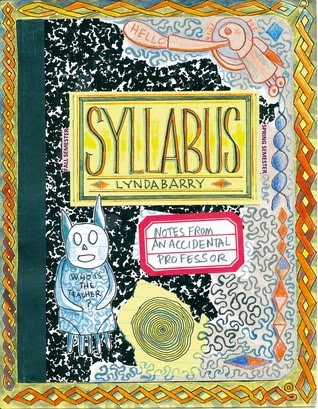 I’m always intrigued by the creative process, and having been a former teacher, I never tire of learning how creators go about instructing others. Since most of us will probably never be lucky enough to take a class with Lynda Barry — author of such works as What It Is and One Hundred Demons — Syllabus: Notes from an Accidental Professor is as close as we’re likely to get.

Read the rest of my review of Syllabus here.

The stories in Through the Woods contain gorgeous (and often creepy) art combined with stories that have an “old world” feel to them, yet are timeless. They also linger, seeping into your bones for a long time, daring you to deal with them or go crazy trying. Emily Carroll is definitely a creator to keep an eye on. If you’d like to get a taste of Carroll’s style, check out her webcomic Margot’s Room.

“Okay, here’s something you should know… any fight that lasts longer than five seconds is hell. I prefer the one second kind… where I’m the only one who even knows there is a fight.” When we hear these words from Velvet Templeton early in Velvet, Vol. 1: Before the Living End, we learn that she’s no longer a fighter. She’s a secretary for the Director of ARC-7, a MI6-like intelligence organization so good most of their competition has never even heard of them. When she learns that ARC-7’s best agent has been killed in Paris, Velvet decides to investigate the murder herself, despite the fact that she hasn’t been an active field agent in years.

Read the rest of my review at The Comics Alternative.