It’s hard to believe 2014 has almost come to a close. Here’s what I read in December: 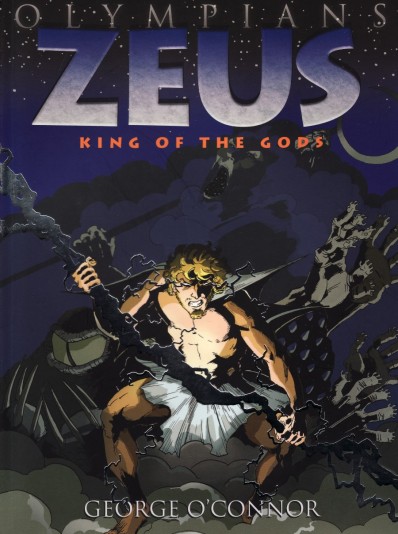 The first in a series of graphic novels from George O’Connor’s Olympians series is filled with adventure, wonderful art, and a sense of wonder. (The art often reminds me of Mignola, only a bit less foreboding.) Includes background information, discussion questions, and a bibliography for further reading. A strong introductory book; I’m eager to read the rest of the series from one of my favorite publishers, First Second.

I’ll be sad to see the end of the Rust series when the fourth book is published (date TBA). This is a great, atmospheric series that’s just as enjoyable for adults as it is for kids. It’s exciting and gritty, pulling no punches. This volume in particular contains some dark scenes, and one disturbing one, yet it’s visual power is incredible. Highly recommended.

After about the first 40 pages, I was very disappointed in The Bunker, thinking its characters self-absorbed, insipid young people whom I didn’t care about. Then I realized maybe that’s the point. Once you realize that, The Bunker starts to open up and become not only enjoyable, but fascinating. Fialkov refuses to hold the reader’s hand, presenting a challenging yet rewarding read. And while Infurnari’s art may not be to everyone’s liking, it perfectly matches the tone of Fialkov’s story. Give it a shot, see what you think.

An early Grant Morrison work in (mostly) black and white, Zenith: Phase 1 is an interesting take on the superhero/Nazis-Seek-to-Conquer-the-World subgenre. The story is compelling and fun. I’ll definitely seek out the next volume. 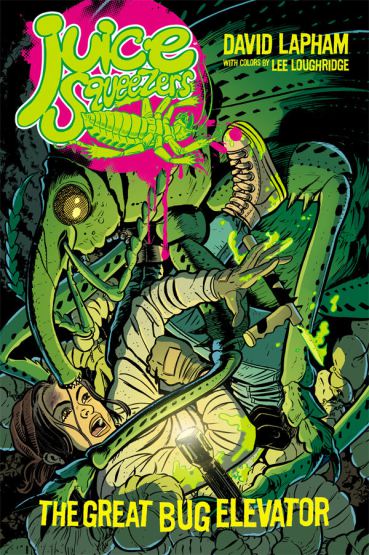 This really was an unexpected treat. I’ve read some of David Lapham’s other work, Stray Bullets in particular, but am impressed that he can also do so well with a kids’ title. Juice Squeezers is something of a cross between the movie Tremors (only with bugs) and Buffy the Vampire Slayer, a book about a group of kids who secretly fight the hordes of giant bugs seeking to destroy the crops in Weeville, California. Although Stray Bullets is certainly not a kids’ title, Lapham often includes kids in those comics. He clearly understands them and knows how to write kid characters we want to root for. I didn’t expect to like Juice Squeezers, but I’ll definitely keep reading this title.

Stray Bullets is nothing short of brilliant. Even if it’s not your thing – too violent, too bleak – you have to acknowledge Lapham’s incredible storytelling ability. The 1200-page Über Alles Edition – a direct market exclusive – is the way to go if you can find it. The price tag may be steep for first-time Lapham readers ($59.99), so you may want to pick up Murder Me Dead first to see if you like Lapham’s style. But if you enjoy hard-hitting (and I mean really hard-hitting) crime stories, you won’t want to pass this one up.

Maybe this is a case of the build-up for this release generating unrealistic expectations, but unfortunately Athena Voltaire wasn’t for me. While I love the idea of a pulp adventure hero who boldly takes on Nazis, zombies and more, the concept seems better than the execution. My biggest problem with the book has to do with its action sequences, which don’t flow well and feel very awkward.

Two examples: in “Athena Voltaire and the Brotherhood of Shambalha,” Athena and her friends are onboard a Chinese junk when they’re attacked by a fleet of small boats. The attack breaks off as the owner of the junk informs Athena that “I instructed my men to prepare our cannons.” We see one cannon shot that hits the water and only have Athena’s word that “It’s working— They’re scattering.” But we don’t see the boats scattering or the reaction of the people on the boats.

Later in the same story, Nazis await Athena’s arrival in an encampment. We see at least three Nazis firing on Athena and her partner, but there’s no establishing shot to show us how close they are. When Athena and her partner begin to run in the next panel, it looks like the Nazis are far in the distance, making us wonder how dangerous the threat actually was.

Those are just two examples of ways the action in this book disappointed me, which is a real shame since I really like Bryant’s artwork. Still, it’s a pretty good action/adventure book with a strong female lead, definitely worth a look

Hands-down my favorite comic strip of all time. Read more about it here.

Coddie is a simple village girl known primarily for her ever-present scent of fish, which she daily cleans and helps prepare. When a fairy grants her wish of beauty, Coddie’s life is changed in ways she could never have imagined.

Beauty could be thought of as something of an alternative classic fairy tale with a European-influenced art style, but it contains so much richness and depth, I think most readers will be surprised and captivated.

I’ve only read a small portion of Love and Rockets before picking up this volume, but even from that limited exposure, I’m fascinated by what Hernandez does here with one relatively short volume. Here we see Maggie – one of the main characters from Love and Rockets – through a span of decades as she deals with family secrets, love, death, and more. These snapshots of her life are filled with astounding depth of character and Hernandez’s storytelling is brilliant. The only thing to do now is to go through as many of the early Love and Rockets volumes as possible in 2015.

That’s going to do it for 2014. Please share what you read in December.