(If you’re not familiar with the term film noir, this essay from filmsnoir.net is worth reading.) 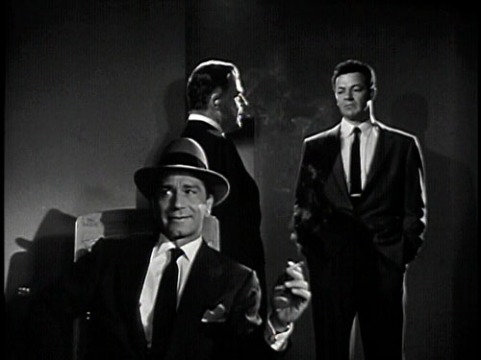 The other night I was watching The Big Combo (1955), an excellent film noir directed by Joseph H. Lewis. Although it was released near the end of film noir’s heyday, it’s a hard-hitting tale about a police lieutenant (Cornel Wilde, far right) obsessed with bringing down a local crime boss called Mr. Brown (Richard Conte, seated). The lieutenant wants to do the right thing, but does he want to bring down the crime boss because he’s seeking justice, or is it something personal? We see Mr. Brown and his hired thugs wanting something out of life – money, respect, power – things that aren’t necessarily bad things in and of themselves, but taken too far, they become not only problematic, they become things that can get you killed.

I wonder if any of the characters in film noir ever read the books of Proverbs or Ecclesiastes… Probably not, otherwise we’d have a lot fewer films noir, but those books of the Bible explain how the world works, how to live and how not to live, and much more. In fact, film noir – like the book of Ecclesiastes – frequently points to a world seemingly without meaning, one devoid not only of anything good, but of anything worth living for. 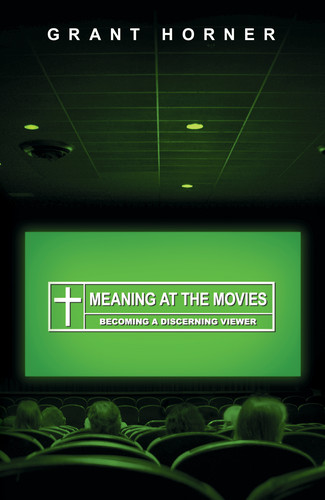 Yet in his book Meaning at the Movies: Becoming a Discerning Viewer, Grant Horner writes,

There is one important difference…between film noir and the book of Ecclesiastes. Film noir has no chapter 12. This is where Solomon brings God into the equation of the depressing, meaningless world of mere human observation. God’s presence, and knowledge of his presence, radically alters the meaning of everything – in fact it gives meaning where there was none. (p. 192)

Everyone in noir is searching for something. You could say that’s the case for all stories in all times, but with noir stories, you feel as if the deck is stacked against you. There was a definite sense of disillusionment resulting from servicemen returning from World War II (and although it’s not a film noir, you can get a good taste of this from the excellent 1946 film The Best Years of Their Lives), a sense of not knowing who you are and how you fit into the world. Although the times have changed, that sense of anxiety, of isolation and dread knows no limitations. It can happen anytime, anywhere. Just look at the news. Just look at Proverbs and Ecclesiastes.

(For an excellent examination of the influences of World War II on film noir, I highly recommend a book I’m currently enjoying, Blackout: World War II and the Origins of Film Noir by Sheri Chinen Biesen.)

Some time ago, I wrote a post called “Why I Watch Breaking Bad” and its unflinching look at how fallen human nature can quickly – and often with the best of intentions – descend into darkness. Like Breaking Bad, film noir reminds us that we can easily slip into that darkness ourselves, that good people like the police lieutenant in The Big Combo or Jim Wilson (Robert Ryan), the jaded police detective in On Dangerous Ground (1951), our sense of justice – or just plain doing the right thing – can become compromised.

While I love the style of noir – the dress, the speech, the rhythms, the gorgeous black-and-white cinematography (although some films noir are in color), and much more, it’s the humanity of noir – or sometimes the lack of it – that brings me back again and again. When I look at noir, I see the world of that era and our world as well. I see the searching, the longing, the disappointment, the tragedy, the disillusionment, the despair, the shattered and unfulfilled dreams. I see these things there because I see them in myself. And then I see the solution in Ecclesiastes chapter 12. And thankfully, all is not vanity.

7 thoughts on “Why I Love Film Noir”