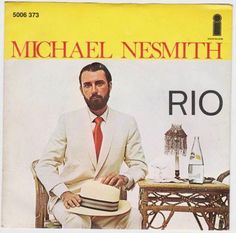 I’ve never really understood why Michael Nesmith wasn’t embraced more warmly as a solo artist after the end of The Monkees. Maybe because he made such an issue of not wanting to be a part of any reunion projects for several years when nearly every band from the 60’s was launching reunion concerts. (Although he did join the surviving Monkees – after the death of Davy Jones – for a brief tour in 2012.) That’s not to say Nesmith wasn’t successful – he certainly was both as a musician and an innovator in music videos in the late 1970’s/early 1980’s. Some even refer to Nesmith as “The Father of the Music Video,” which isn’t quite accurate, but I’m willing to give Mike the nod.

END_OF_DOCUMENT_TOKEN_TO_BE_REPLACED

Man, things have been busy on the comics scene, but in a good way. First, Derek and I recently reviewed four new titles on a recent podcast:

END_OF_DOCUMENT_TOKEN_TO_BE_REPLACED

Gillian Welch writes contemporary songs that sound like they were penned fifty, sixty, even a hundred years ago. You can hear elements of various styles in her music: country, gospel, mountain, roots, old-time, rock, and blues, to name just a few. But with “Dear Someone” what you get is pretty straightforward: a slow waltz that’s in absolutely no hurry at all. Yet at just over three minutes, it’s over far too soon.

END_OF_DOCUMENT_TOKEN_TO_BE_REPLACED

The other day I was going through my mountain of CDs, trying to figure out which ones to keep (or store digitally) and which ones to toss. This exercise (mostly an exercise in futility) reminded me of a project I started years ago and never kept up with: blogging about my favorite music. I thought it might be fun to revisit some of those entries and maybe create some new ones. This initial entry was first posted in March 2007 on another blog. Here it is:

END_OF_DOCUMENT_TOKEN_TO_BE_REPLACED

As promised, May continues to be an out-of-control month for graphic novel reading. If you missed Part I, you can find it here. Now let’s continue…

END_OF_DOCUMENT_TOKEN_TO_BE_REPLACED

Let’s get this out of the way right up front: Black River is one of the most uncompromisingly brutal, bleak and violent books I’ve read in quite some time. It certainly won’t be for everyone. I wasn’t sure if it was for me. In fact, I almost didn’t review it. No, that’s not accurate: I almost didn’t finish it, not because it wasn’t good, but because it made me so uncomfortable. Yet the fact that it makes me so uncomfortable also prompts me to write about it.

END_OF_DOCUMENT_TOKEN_TO_BE_REPLACED

Derek and I recently read and discussed five titles from Conundrum Press, an excellent Canadian publisher of graphic novels. Those books are:

The Adventures of Drippy the Newsboy: Drippy’s Mama – Julian Lawrence

Don’t Get Eaten by Anything – Dakota McFadzean

I hope you’ll give a listen to the podcast and check these books out!

And then comes this: Turner Classic Movies (TCM) will launch an online course next month (in conjunction with Ball State University, IN) called Into Darkness: Investigating Film Noir. The nine-week course, taught by Richard L. Edwards, PhD., and Shannon Clute, is absolutely free. You can read more about the course here.

END_OF_DOCUMENT_TOKEN_TO_BE_REPLACED 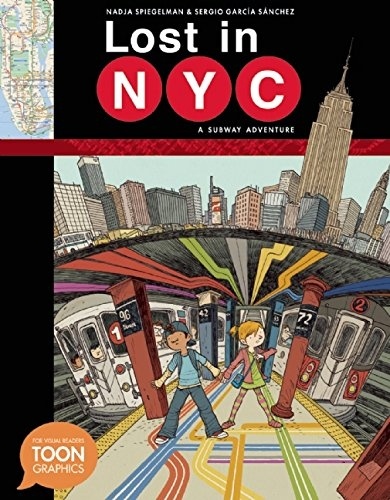 Pablo’s first day at a new school is not off to a good start. Not only does he have to deal with the problems of a new school, new teachers, and new classmates, his mom has put Pablo’s teddy bear in his backpack to keep him company.

Fortunately Pablo’s classmates don’t hassle him too much about the bear. One of his new classmates, Alicia, offers to act as Pablo’s partner for the class trip to the Empire State Building. Pablo reluctantly accepts, feeling he really doesn’t need anyone’s help, but when he chooses the wrong subway train, he wonders if he’ll ever rejoin his class. Not only does he have to navigate his way through a new set of friends, Pablo also has to learn his way around the NYC subway system.