May was “Get to Know Your Library DVD Collection” month, which probably kept me from spending a lot of $$$. So maybe I can help you save some $$$ as well. I hope you’ll find something of interest here:

I recently watched this film again, this time with Cindy to get her thoughts. You can read about that second viewing experience here.

Melville’s first feature film is in some ways unexpected, given that some of his subsequent work feels more at home in film noir circles. I think I can say that after viewing Le Samouraï, Army of Shadows, and Léon Morin, Priest, Melville may be my favorite French director.

Having seen those aforementioned films, I wasn’t quite sure what to make of Le Silence de la mer, a slowly-paced (but far from boring) story of a French man (Jean-Marie Robain) and his niece (Nicole Stéphane) whose life is disrupted when a German officer (Howard Vernon) occupies their house during the German occupation of France in 1941. As much as the officer tries to engage with his reluctant hosts, the more they give him the big freeze. Le Silence de la mer uses few sets and contains nothing flashy at all (It could easily have been a stage play), yet Melville creates a slowly-building tension that accumulates to a satisfying finale.

I sincerely hope that none of the creators of Woman They Almost Lynched expected anyone to take the film very seriously. If that’s the case, you might find some enjoyment in this odd little Western about a neutral town during the Civil War, a town called, oddly enough, Border Town, where no one takes sides for either Union or Confederate causes. All of this is primarily just a backdrop for the shenanigans of a local outlaw (Brian Donlevy) and his firebrand wife (Audrey Totter), although war espionage is involved somewhat. The film is mostly ridiculous with atrocious writing, but the actors keep the thing above water. You should see the film if only for the great cat fight between Totter and Joan Leslie. 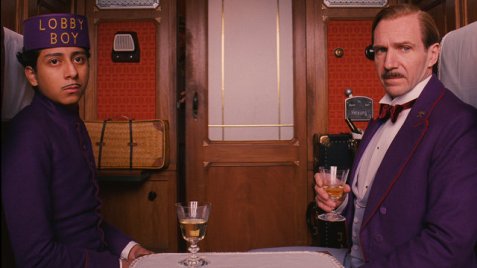 The adventures of Gustave H (Ralph Fiennes), concierge at a famous hotel in the fictional Republic of Zubrowka, come alive in the hands of Wes Anderson, with his typical quirky humor, colorful sets, exceptional actors and madcap scenes, scenes so zany we don’t care whether they work or not. The thing is, they do work. This may be Anderson’s strongest film since The Royal Tenenbaums. 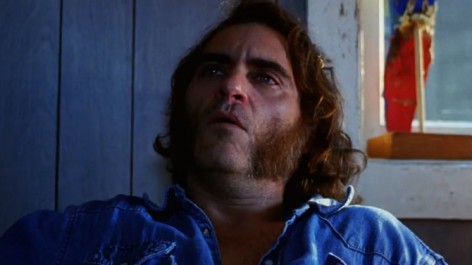 Caveat: I am a huge Paul Thomas Anderson fan, so I’m already inclined to think any film he makes automatically borders on genius. Yet I don’t know if Inherent Vice – the only film adaptation (to my knowledge) of any Thomas Pynchon novel – is genius or a complete misfire. Maybe it’s some of both.

Inherent Vice is something of a neo-noir with a private detective named Larry “Doc” Sportello (Joaquin Phoenix), who’s stoned for the entire film and sports a set of mutton chops that would make Martin Van Buren proud.  The film begins as if we’ve walked in and missed the first 20 minutes of the movie. Doc’s former girlfriend Shasta (Katherine Waterston) wants Doc to prevent her new lover “Mickey” Wolfmann’s wife and her lover from having Mickey placed in a mental institution. And that’s just for starters.

I am convinced that no one will “get” Inherent Vice from just a single viewing. So much is going on in the film, but you’re not sure what’s important and what’s inconsequential. But I think Anderson may be the only director working today that is able to tackle Pynchon and make it work. I definitely want to see this one again in about a month or so. Excellent performances all around. 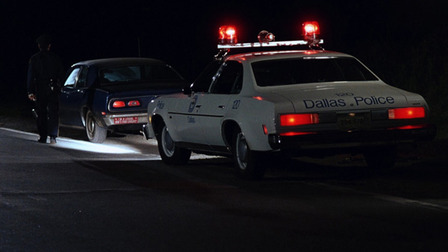 I remember Siskel & Ebert singing the praises of Errol Morris documentary back in the day and renting it (on VHS, of course), finding that they were absolutely right. This film revisited the case of a man convicted of murder in Texas and helped successfully overturn the court’s decision. We see these types of films all the time now, but back in the 80s, they weren’t as common. Even with all the reality TV, documentaries and podcasts like Serial within easy reach, The Thin Blue Line stick packs a punch close to 30 years later.

As much as I enjoyed Captain America: The First Avenger (2011), The Winter Soldier is the stronger film with an overall better script, better pacing, and pays better homage to the original source material than its predecessor. 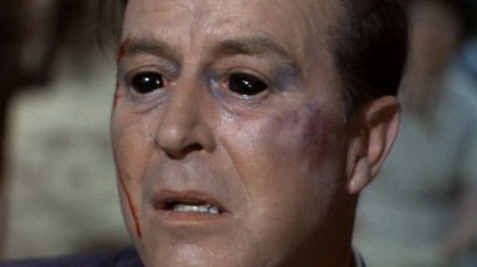 Although the title sequence simply reads “X,” fans have come to refer to the film as X: The Man with the X-Ray Eyes, Roger Corman’s low-budget science fiction parable about a doctor who keeps experimenting with eyedrops that increase his vision more and more until… Well, you’ll have to see the movie. Corman touches on some big themes here and mostly succeeds, and although the special effects are woefully dated now, the film still works well and looks great on this new Kino Lorber Blu-ray. (Hey, Hollywood – here’s a film that’s actually a good candidate for a remake.)

Last year I watched the Criterion Collection release of Georges Franju’s  Judex (1963), which I learned is a remake of a silent French serial from 1916. I enjoyed the Franju version enough to seek out the original, most of which I had the great pleasure to watch with Movies Silently  and Now Voyaging while live Tweeting the film.

The silent Judex is a wonderful 12-part crime drama about a mysterious avenger known only as Judex (René Cresté) who seeks justice for the people wronged by an unscrupulous banker named Favraux (Louis Leubas). Judex has everything: mystery, suspense, action, and even a little romance. Think of Judex as one of the first filmed superheroes. Even if you don’t think you like silent films, you should check this out.