Whew – Finally finishing up the graphic novels I read in May. My previous entry seems like it was a couple of years ago – my apologies. If May’s lists are any indication, June will also be out of control. Prepare yourself! 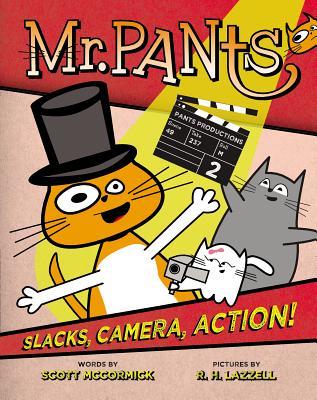 This graphic novel for kids (the second in a series) features Mr. Pants, a cat who lives with his two sister cats and human mom. Mr. Pants is obsessed with making a movie to submit to a filmmaking contest so he and his family can win a trip to Hawaii. The book is mostly goofy fun, but I felt the combination of kid vs. adult jokes along with some confusing art/panel layouts mostly didn’t work. Maybe I’m off-base, so check it out from the library and see what your kids think. (color; all ages) 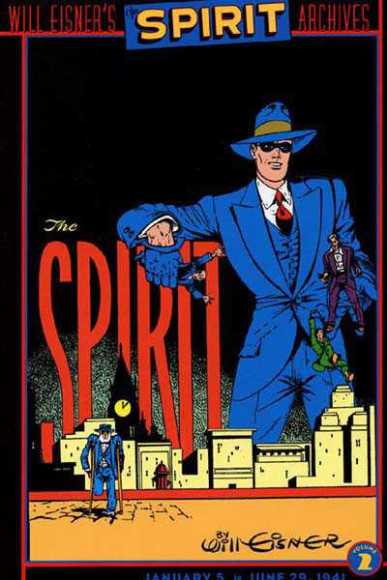 Will Eisner’s The Spirit is, of course, legendary. It doesn’t matter if you’d read these strips when they originally appeared as newspaper supplements in 1941 or just a few minutes ago in this bound hardcover archive collection: you can see innovation and excellence on every page. I’m just beginning to work my way through as many of these volumes as I can (28 volumes in the DC Archives editions) and what a pleasure it is. (color; teens and up) 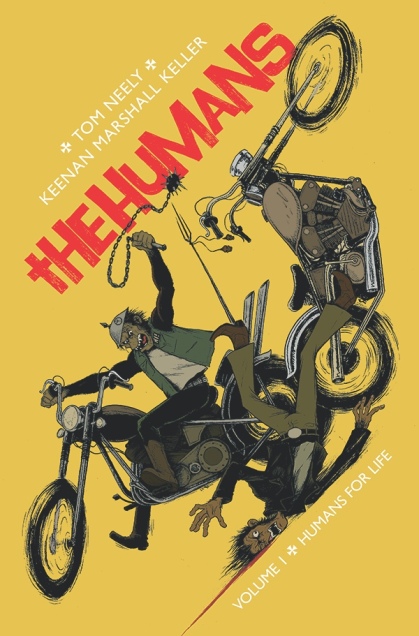 I expected this biker comic starring apes to be a mash up of Planet of the Apes and those great motorcycle flicks of the 60s and 70s, one that’s absolutely gonzo, all of which would’ve been fine, but The Humans is so much more than that. (Know that this is a very adult comic!) One Goodreads reviewer said that the book “scratches an itch I didn’t know I had.” It may not be for everyone, but if you think it’s for you, give it a shot. Derek and I had a great time interviewing Keller and Neely recently on The Comics Alternative (and the episode is also contains some adult language!). (color; adults only) 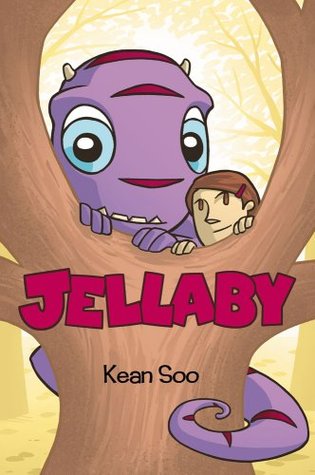 Young Portia and her mom have just moved into a new neighborhood. Things aren’t going so well at school: Portia is bored and hasn’t made any friends. But late one night, Portia wanders into the woods behind her house and discovers a purple monster.

If this sounds just too sticky-sweet, it’s not. While it is often cute, there’s much more going on in Jellaby, including friendship and mystery. Soo’s pacing and panel choices are all right on target. Everything is rendered in black, white and purple. This is an excellent title for young readers. (ages 8 and up) 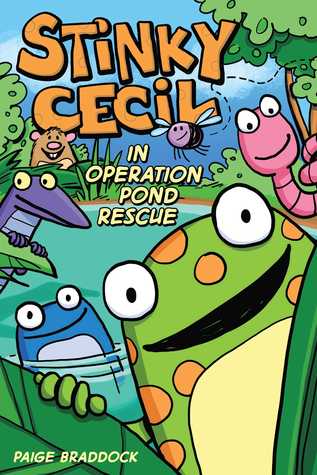 It might be silly, but Stinky Cecil in Operation Pond Rescue is a charming tale of a frog named Cecil and his buddies as they realize they must do something to prevent a construction project that will force them from the pond. A good all-ages story with a message that’s not heavy-handed. (color; all ages) 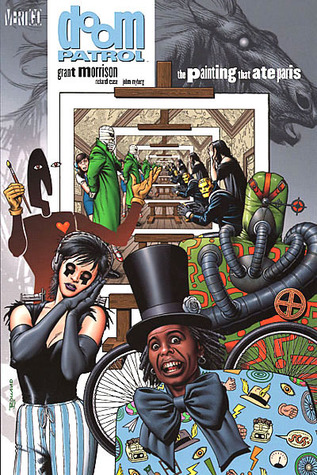 I know this is probably blasphemy, but I don’t know if I’m going to read any further in this series. I’m going to disagree with another Goodreads reviewer and say that I do think that character suffers in favor of weirdness in this volume. One of the most appealing aspects of the original Doom Patrol was the way the characters developed and depended upon each other. We have some of that character focus here, but I wanted more. Morrison is doing some clever and wonderful things, but without more character development – especially in this second volume – I don’t think I’ll continue. If you think I need convincing otherwise, please comment. (color; adults) 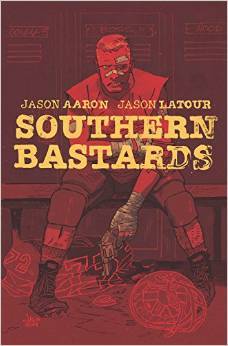 We met Coach Boss briefly in the first volume of Southern Bastards and here we get his backstory, a punishing one filled with brutal violence and football. Wait… aren’t those the same thing? Effective storytelling and art. This is one of the best ongoing series out there. (color; adults) 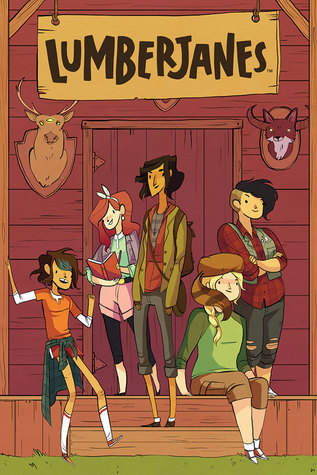 What the junk? This is a really fun title that our library has in the YA section but could just as easily be enjoyed by younger readers. Lumberjanes is part Indiana Jones, part Adventure Time, part scouting adventure (complete with handbook). I really enjoyed the stories, the characters, the action and especially the outstanding job of colors by Maarta Laiho. I look forward to more Lumberjanes stories. (color; ages 10 and up)