It may appear that July is going to be a thin month in the graphic novel department, but I’m currently in the middle of a project that involves re-reading and studying an entire completed series which – while very enjoyable – is taking up a good bit of my reading time. More on that next time. For now, here’s what I’ve read during the first half of July:

This volume is a disappointment on so many levels, but I blame Marvel rather than Rucka (a consistently excellent writer) or Larroca (an artist with a long and impressive body of work). First, all four of the covers of these collected issues feature Daredevil and Elektra in costume, something that never happens in any of the stories. As part of the Ultimate Marvel series, this volume re-imagines Matt Murdock and Elektra Natchios meeting as college students at Columbia University, which is a great set-up, but the story arc is riddled with too-familiar tropes of bullies, extortion, revenge, and more. Everything that happens in the book serves only to drop us off at an ending that feels manipulative and inorganic. Again, I don’t blame the creators. In fact, Rucka has stated his disgust with Marvel’s editorial interference in the past, so I lay most of the blame with the powers that be. Again, a real disappointment. (color; teens and up) 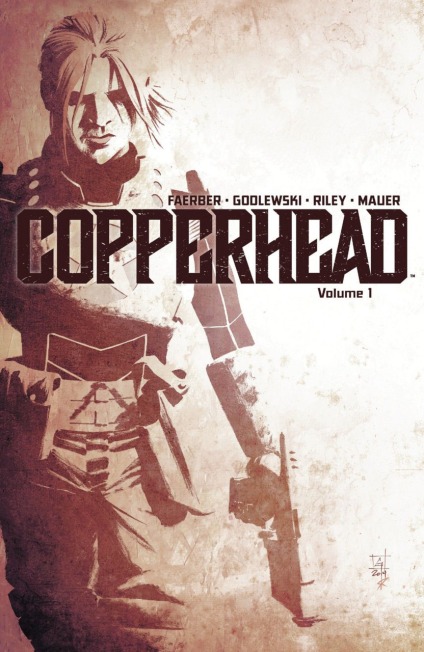 For reasons we don’t know (at least initially), Clara Bronson has taken the job as the new sheriff in Copperhead, a mining town on a planet where absolutely nothing good seems to be going on. What is going on? Crime, alien rednecks, a corrupt mining tycoon, an unsolved murder, and a deputy who resents Clara’s presence. On top of all this, Clara is a single mom who has also brought her young son to Copperhead.

Maybe it’s because I enjoy science fiction/western mash-ups and they frequently suck, but this one doesn’t. I was entertained and captivated and can’t wait for more. (color; teens and up) 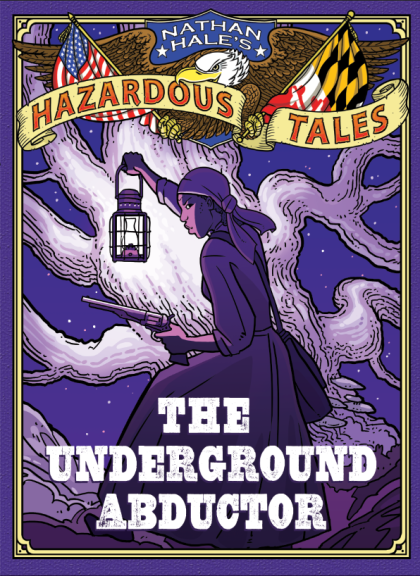 Wow, Nathan Hale has done it again, giving readers a graphic novel treatment of a historical event that is engaging, entertaining, and often humorous, while never backing away from the power and frequent unpleasantness of the subject matter. This time Hale tackles the Underground Railroad and Harriet Tubman’s pivotal role in securing the freedom of many slaves. I don’t know how Hale does it, but I hope he never stops. (purple, gray and white; ages 8 and up)

I am constantly fascinated by newspaper serial comic strips and for the past several years have delighted in various titles, especially those from IDW’s Library of American Comics series. I’ll admit I was somewhat reluctant to read Rip Kirby, thinking it was a “soft” detective story, rather than the hardboiled comics (and films, for that matter) that I normally love. Rip Kirby certainly is a different type of detective (suave, cerebral, and cultured, but certainly not soft), one it took me awhile to get used to, yet once I did, I was hooked. I plan to give this first volume a full review soon. (black-and-white; teens and up)

I’d love to hear what you’ve read (or are reading) in July, so send those comments!

One thought on “Graphic Novels Read in July 2015 Part I”