September was quite a month… It all started in Part I and ends here:

How To Be Happy (2014) Eleanor Davis (Fantagraphics)

With its gorgeous art and masterful storytelling, it’s no real surprise that How To Be Happy won this year’s Ignatz Award for Outstanding Anthology or Collection. It’s a real treat, featuring pen and ink line work, sketches, and beautifully colored art that takes us through the strangeness of life. (hardcover; black-and-white and color; adults)

You might be led to think that Ms. Marvel is getting a lot of press only because the protagonist is a teenage female Pakistani Muslim, but there’s way more to it than that. Wilson and Alphona tackle issues of racism, gender, empowerment, humanity, and much more, all the while telling a compelling story with outstanding art. I’m frequently disappointed with many of the comics coming from The Big Two publishers, but this time Marvel nails it. (trade paperback; color; middle grade and up)

This second installment of this trilogy is much more action-oriented than the first, showing the tumultuous events leading up to the March on Washington and gives us a clearer picture not only of Congressman Lewis, but also many other figures in the Civil Rights Movement. (trade paperback; black-and-white; teens and up)

The Ghosts of Pineville is an effective ghost story appropriate for middle grade readers and older. Turner (who I was pleased to meet at SPX) does a nice job of developing character and providing a creepy atmosphere in a short amount of time. I hope to read the other books in this series. (trade paperback; black-and-white; middle grade and up) 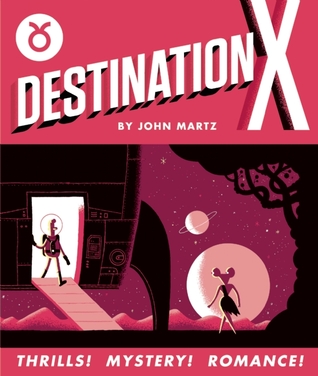 Sam’s grandfather was a famous space traveler, so Sam feels it’s his destiny to continue the space adventuring legacy. Problem is, Sam can’t see much of anything else in his life. Destination X is a funny, sad, touching tale of space exploration, love, and finding your place in the universe, all presented very effectively from one of my favorite publishers, Nobrow Press. (I was also pleased to meet Martz at SPX.) (small hardcover; black-and-white and purple; adults)

Hong Kong artist Chihoi’s adaptation of a story by Taiwanese writer Hung Hung follows a traveler on a train as he wonders about what life must be like outside the train. The Train is a strange journey, rendered in beautiful pencil work and somewhat hard to grasp until you read the prose section near the end of the book, which is essential for understanding the story. (trade paperback; black-and-white; teens and up)

I’m not sure what you can say about Love and Rockets that either hasn’t already been said or would require something on the level of a dissertation, but the series is spoken of in tones of reverence and awe for a reason. The absolute richness of character and storytelling is simply unsurpassed in comics history. This second volume of the Maggie and Hopey stories delves deeper into character without sacrificing great storytelling, but does require the reader to make jumps in time and narrative, which only makes you want to read them again. Although this is only my third Love and Rockets volume to read, I know this is a world I want to lose myself in more in the coming years. (trade paperback; black-and-white; adults)

Spectacular work from New Zealand creator Ant Sang about Chopstick, a punk seeking enlightenment and the meaning of life while participating in an anarchist group’s plans to disrupt the opening of a new fast-food restaurant. The Dharma Punks features a complex use of time manipulation and can sometimes be a bit confusing due to many of the characters looking alike, but the work is incredibly rich and powerful. If all New Zealand comics creators are as good as Ant Sang and Dylan Horrocks, I think I need to move there. A strong contender for one of the best books of the year. (trade paperback; black-and-white; mature teens and up) 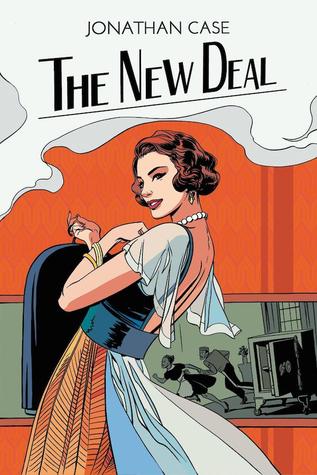 Reading Jonathan Case’s new graphic novel The New Deal is sort of like watching a pre-code movie from the 1930s. The story of a white bellboy and a black maid at the Waldorf Astoria touches on issues of racial tension, class conflict and more. The main thrust of the story, however, involves a series of thefts from some of the wealthier guests at the hotel, and is a clever, entertaining tale that deserves a lot of attention. The New Deal won’t deliver in the area of explosions or graphic violence, but Case has something else in mind. That something is no less entertaining and might just make you think about what has (and hasn’t) changed in the past 80 or so years. (hardcover; black-and-white and blue; teens and up) 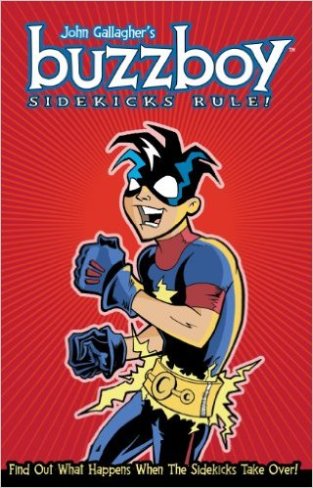 Gallagher’s enthusiasm for comics for young readers is evident on every page of Buzzboy: Sidekicks Rule! When all the grown-up superheroes on Earth mysteriously vanish, Buzzboy and his sidekick friends must keep the world safe. Aliens, time-traveling ducks, evil robot wiener dogs… They’re all here! Gallagher throws humor, action and adventure all together in a title that might be too visually busy for adult readers, but younger readers will eat it up. (trade paperback; color; all ages)

Interesting collection of science fiction stories from Box Brown, many of which include explorations of the mind as well as time and space. Brown has a lot of fun poking at many cultural ideas and things-of-the-moment and giving us interesting stories and ideas ripe for reflection. I can’t begin to understand all of them; maybe this is due to reading this collection late at night. I’ll probably rate this one higher after another read. (trade paperback; black-and-white and some color; adults) 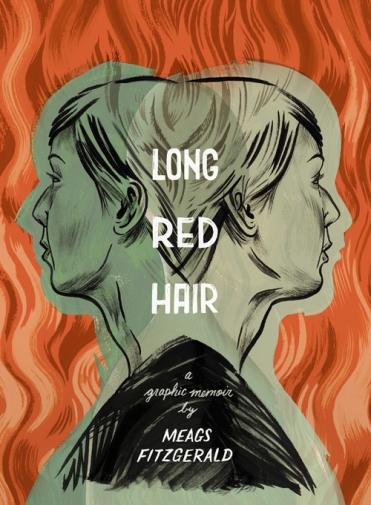 Fitzgerald’s graphic memoir touches not only on issues of identity but also sexuality and self-discovery. The best scenes include those involving Fitzgerald’s family and her early relationship experiences. (Most effective is a scene involving her first kiss.) I enjoyed Long Red Hair (and enjoyed meeting Fitzgerald at SPX), but think I would’ve enjoyed it more had Fitzgerald explored further how these issues influenced her art, artistic decisions, and career. I certainly look forward to reading more of her work. (trade paperback; black-and-white with orange/red, brown, a green shades; teens and up)

Gwen and I plan to discuss this one soon on the Young Readers edition of The Comics Alternative Podcast soon!

I picked this book up several times at SPX, wondering whether or not I should get it. I could tell the book was beautifully produced with no dust jacket, but instead gorgeous cloth-covered boards with gold lettering and gold and black art. Just flipping through the pages, the art astounded me.

What’s inside is just as compelling. Iron: Or, the War After is a complex tale of the aftermath of war and the people (actually anthropomorphic animals) caught up in the intricacies of espionage resulting from war. The incredible artwork is matched with a story made powerful by its minimalism. I’ll definitely revisit this story and seek out more of Vidaurri’s work. (hardcover; color; teens and up)

12-year-old Astrid and her friend Nicole have always done everything together, but when Astrid begins to develop a love for roller derby, Nicole isn’t interested. In fact, it seems that no one else is interested and that Astrid isn’t even good at roller skating!

Roller Girl is a wonderful story of friendship, sports, and pursuing a passion that the people around you don’t understand. Fans of Raina Telegemeier will definitely want to read this book. (trade paperback; color; ages 10 and up)

That’s it for September. Now tell me what you read…