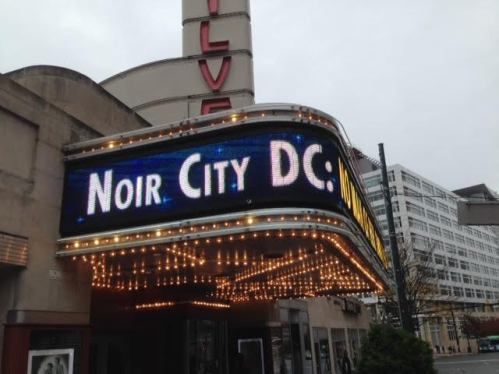 Sometimes the closer you live to the site of a film festival, the harder it is to participate in it. Although I live less than an hour’s drive from the AFI Silver Theater and Cultural Center, I was only able to attend two days of Noir City DC. Yet in those two days, I saw some amazing films and met some wonderful people. My wife and I are planning on flying out to San Franscisco in January to attend at least part of Noir City 14. (I’ll be there for the noir; my wife – not a film fan – for the sightseeing and hiking.)

For anyone considering the next Noir City DC, rest assured that the festival is well-run, organized, and very user-friendly. The main theater is simply gorgeous, a spacious art deco masterpiece that you could spend hours examining. The two smaller theaters – although nowhere near as extravagant as the main viewing hall – are clean, comfortable and inviting. All the threater employees I encountered were nothing less than friendly and helpful.

Now on to the films I saw on Sunday, October 25: 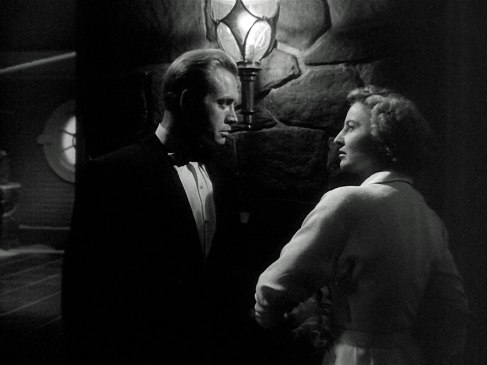 I was surprised and delighted to discover that the first film of the day, No Man of Her Own, was introduced by Foster Hirsch, author of many works on film noir including The Dark Side of the Screen: Film Noir. Hirsch stepped up to the lectern and spoke for a few minutes about No Man of Her Own, lamenting the fact that no 35mm print exists (We watched the DVD from Olive Films.), commenting on the clash of two worlds (country club world vs. noir world) depicted in the film, the Cornell Woolrich source material (the novel I Married a Dead Man), Barbara Stanwyck’s performance, Mitchell Leisen’s direction, and more. 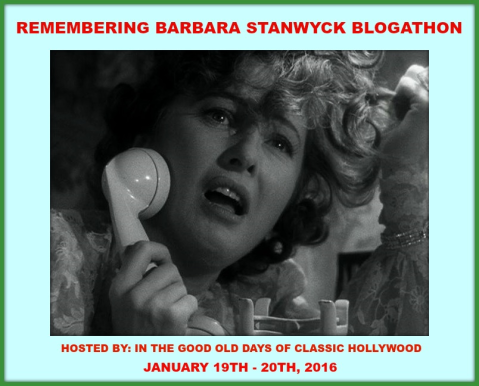 Since I’ve agreed to participate in the Remembering Barbara Stanwyck Blogathon, I’m going to reserve most of my thoughts on No Man of Her Own for that post. I will say that the film is a totally satisfying noir that you should not miss. You can stream it now on Amazon Prime. 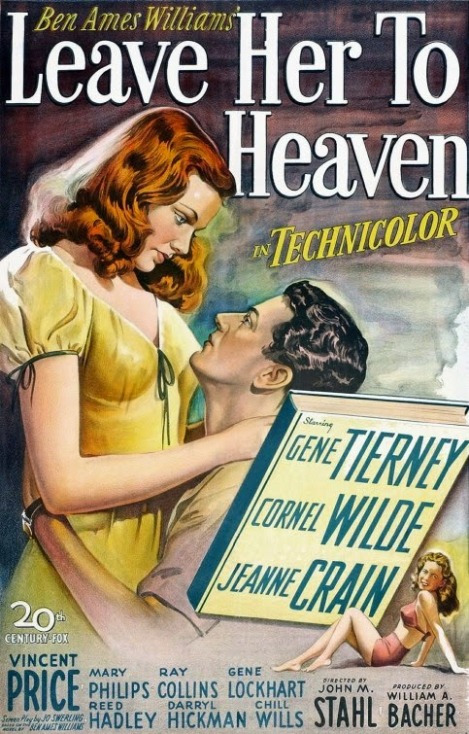 Foster Hirsch began his thoughts on this film with the following statement:

“True confession: Leave Her to Heaven is my favorite film of the entire festival.”

Hirsch stated that the film violates many of the conventions of film noir, such as being shot in Technicolor and set in decidedly non-noir locales of Arizona, Georgia, and Maine. “The film does not look like any other noir,” Hirsch said, calling it “probably the most ravishing Technicolor film you will ever see.” It’s hard to argue with that statement.

I’ve encountered more than one essay about the limitations of Gene Tierney’s acting ability, and although Hirsch seems to agree with some of those assessments, he recognizes that Tierney’s performance here works magnificently. “She’s very much like a movie-star mannequin, robot-like. She doesn’t go that deep.” Yet that’s exactly what makes her performance so compelling and chilling. 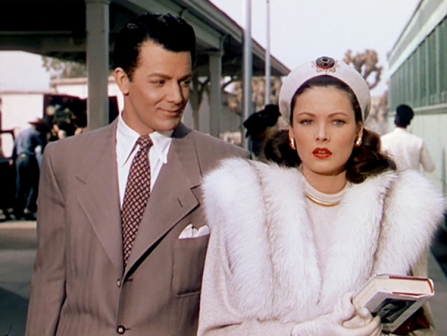 Most of the film is told in an extended flashback where we see successful novelist Richard Harland (Cornel Wilde) traveling by train, watching a beautiful passenger named Ellen Berent (Gene Tierney) reading Harland’s latest novel. The two meet and begin what looks like a promising relationship. Harland, stricken with Ellen’s ravishing beauty, reminds Ellen of her recently deceased father, whom she adored. If you think this might create some problems down the road, you have no idea… 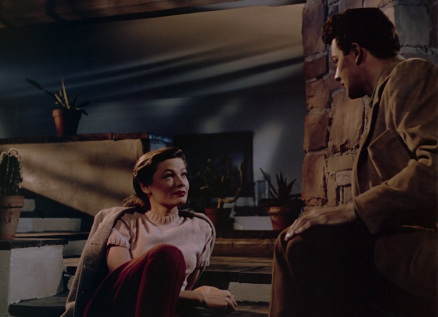 For a good half hour, audiences of the time were treated to what they thought would be a gorgously-shot, effective melodrama. And so it is, until the truth about Ellen’s “problem” comes out. I won’t spoil too much for you, but Tierney’s underplayed performance of a wife obsessed with her husband, combined with a slow reveal of her character, works beautifully. In his opening remarks, Hirsch mentioned that any other actress would’ve taken the role of Ellen and run with it, possibly endangering the delicate balance director John M. Stahl establishes and maintains throught much of the film. Had that been the case, the audience would’ve been tipped off too early and the film ruined. Whether it’s Tierney working within her own limitations or a consciously reserved performance, her Ellen is masterful. 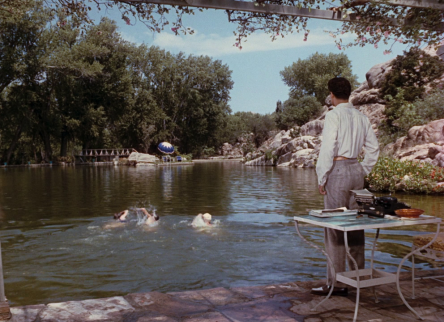 Part of what makes Leave Her to Heaven such an unusual noir is its use of location. Many noir films take place in cities, areas where symbols of authority (primarily law enforcement) constantly keep a close watch. The literal policing of the city is never far away. Yet remote locations have different rules and fewer authorities to enforce them. The morality of Leave Her to Heaven (especially in its extended flashback, the majority of the film) is largely determined by the people in its close inner circle. When there aren’t that many people around – and if you can pull the wool over their eyes – you can get away with all kinds of things.

I haven’t yet read all of Imogen Sara Smith’s In Lonely Places: Film Noir Beyond the City (2011), but I’m interested to see how Smith addresses this issue in her book. The remote locations in Leave Her to Heaven may promise calm and quiet, but instead deliver a cyclone of turmoil and despair. 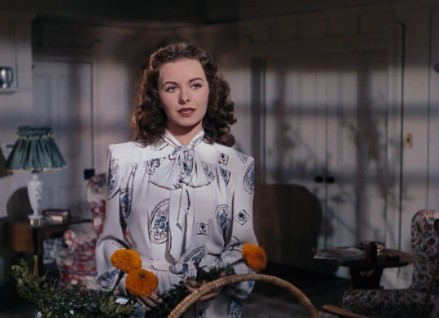 A few of the supporting roles are worth mentioning. Jeanne Crain effectively plays Ruth, Ellen’s adopted sister, who becomes a confidant of Harland as the film progresses. Crain’s beauty comes close to rivaling that of Tierney and Stahl wisely keeps the two separate for much of the film, focusing on character and – more importantly – setting the stage for the last act of the film. When Tierney and Crain do share the screen, the audience isn’t quite sure what’s going to happen next (which is probably exactly what Stahl wanted). 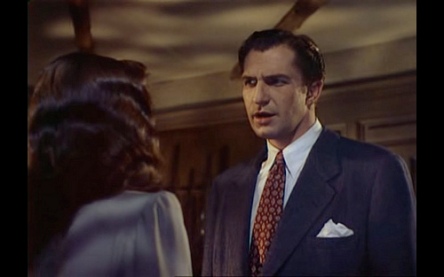 Although Vincent Price’s name appears as first in the supporting cast, he has limited screen time as the jilted lover of Ellen. (Price and Tierney had previously appeared together in the noir classic Laura the previous year.) As with nearly every Vincent Price performance captured on film, you can’t take your eyes off him.

As much as I enjoyed Leave Her to Heaven, things begin to fall apart in the last 20 minutes, especially during a courtroom scene that feels rushed and implausible. But it really doesn’t matter. The rest of the film is always compelling and contains a white-knucked scene involving a young man swimming that’s absolutely chilling, thanks largely to Tierney’s performance. 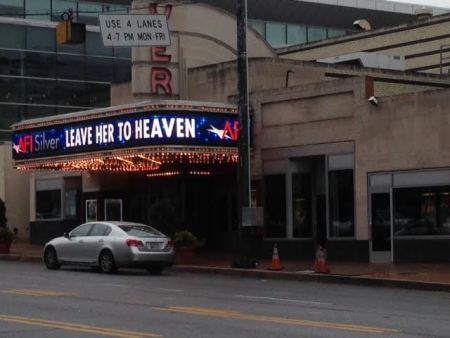 Leave Her to Heaven is not available to stream. You can buy it on Blu-ray for the always outrageous price of out-of-print Twilight Time limited editions from third party sellers or a bit more reasonably on DVD. (A UK DVD is much more reasonable if you have a region-free player.) If at all possible, catch the film at one of the Noir City festivals. You won’t regret it.