Actually (as you’ll see in my next movies post), these movies were released before 2013. Each of these films I watched for the first time in 2015, in order of release date. These are the films I enjoyed the most, thought the most about, and/or recommended the most to friends. I hope you’ll find something here to discover.

Last year I watched the Criterion Collection release of Georges Franju’s  Judex (1963), which I learned was a remake of a silent French serial from 1916. I enjoyed the Franju version enough to seek out the original, most of which I had the great pleasure to watch with Movies Silently  and Now Voyaging while live Tweeting the film.

The silent Judex is a wonderful 12-part crime drama about a mysterious avenger known only as Judex (René Cresté) who seeks justice for the people wronged by an unscrupulous banker named Favraux (Louis Leubas). Judex has everything: mystery, suspense, action, and even a little romance. Think of Judex as one of the first filmed superheroes. Even if you don’t think you like silent films, you should check this out.

I’ve been a big fan of Fritz Lang for years and after watching The Testament of Dr. Mabuse (1933) several years ago, I knew I’d also have to watch the first film in the series. You can read my full thoughts on this incredible film here. 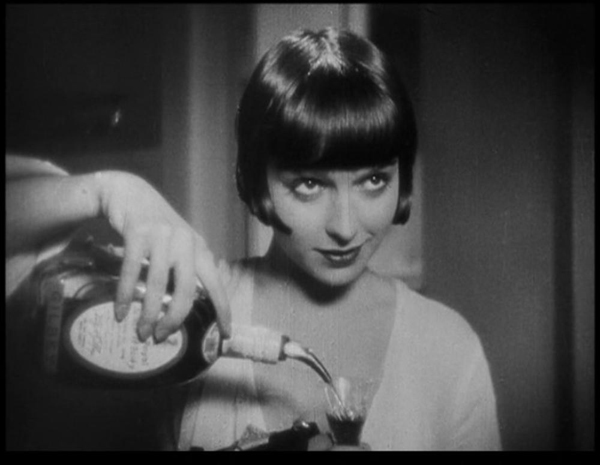 Like many other films in the Criterion Collection, Pandora’s Box had been on my “to watch” list for years. After reading Rick Geary’s excellent new fictional graphic novel Louise Brooks: Detective, I decided to watch her most famous film.

For those unfamiliar with the story, Louise Brooks plays a young woman whose raw allure and sexuality attract everyone around her, leading to lust, madness, and often violence. Yet Brooks as Lulu seems to think nothing of it, seeking good times wherever they may be found, despite the havoc she generates.

There’s far, far more to this film than this, however, both on and off-screen. The film stands on its own as a silent classic, but viewers should also know a little something about Brooks herself, including why she abandoned Hollywood to make films in Europe, her thoughts on acting, her place in film history, etc. There are layers upon layers to Brooks’s story and Pandora’s Box plays an essential part in exploring them. A proper review of this classic will require at least one more viewing and I hope that Criterion will give this film a Blu-ray upgrade soon.

The first and best of the Basil Rathbone/Nigel Bruce Sherlock Holmes films. Read more about it here. 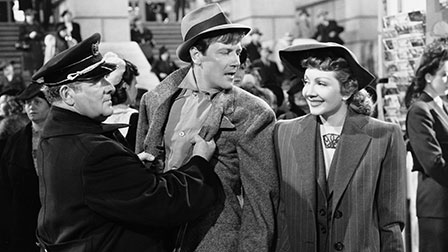 The Palm Beach Story is a wonderful screwball comedy about a woman named Gerry (Claudette Colbert) wanting to divorce her husband Tom (Joel McCrea) so she can marry a millionaire who can then help finance Tom’s business. Rudy Vallee plays the millionaire on Gerry’s radar, but she hadn’t counted on the millionaire’s sister, played by a fast-taking Mary Astor. The whole film is great fun and even the switcheroo ending can’t spoil it.

It may be sacrilege, but I’m not convinced The Third Man is Carol Reed’s greatest film. It might be The Fallen Idol. Read on…

I never found the time to adequately review this excellent film, a (then) modern-day western that seemed practically buried until Warner Archive released a nice DVD edition of the film in 2014. However, I highly recommend this excellent review from Out of the Past: A Classic Film Blog.

I’ve found so many people who don’t know about this outstanding British science fiction film. Don’t you be one of them. Read more about it and why you should watch (if not own) it here. 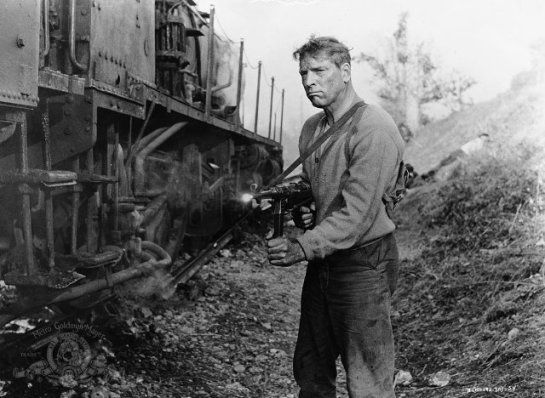 One of the supplements on the Arrow UK Blu-ray touts The Train as the last black-and-white action/adventure film. That may be true. It may also be one of the finest adventure films in either black-and-white or color. The plot is fairly straight-forward: while the Allies are days away from liberating Paris from the Nazis, a trainload of art is being sent to Berlin. A French Resistance fighter named Labiche (Burt Lancaster) runs the train yard. Labiche cares nothing for the art on the train, only for his countrymen who might die in protecting it. In contrast, the German colonel (Paul Scofield) in charge of moving the art by train, appreciates the artwork and wants to please Hitler by delivering it to him before the Allies can arrive.

Although the film is over two hours long, Frankenheimer wastes no time. Every scene, every shot is essential and moves the story along. This isn’t an action movie along the lines of Die-Hard or the Bourne films. For one thing, the film includes real trains running down real tracks, real wrecks, and real bombings using real dynamite. The action is balanced with lots of scenes brimming over with reflection, conflict and inner character suspense. Lancaster is very good here (doing his own stunts), but he might just be upstaged by the brilliant Paul Scofield. When they say “They don’t make movies like they used to,” this is one of the ones they’re talking about.

I purchased the Arrow Blu-ray from the UK (for about $17) since the American Blu-ray from Twilight Time is selling for outrageous prices (used copies from $89.95 as of this writing).

Somehow this one slipped by me in the 80s, which is hard to believe since I’m a big Sidney Lumet fan. Read more here.

Jackie Brown may be Quentin Tarantino’s best film, and not necessarily because it’s (as far as I know) his least violent. It’s still violent, but the main selling point here is that Tarantino takes his time, allowing us to know these characters and understand their lives, motivations, wants and fears. Pam Grier is excellent as Jackie, a flight attendant working for a third-rate airline who smuggles in money for a small-time arms dealer (Samuel L. Jackson). The film also stars Robert DeNiro (in an understated, but exceptional role), Robert Forster, and Bridget Fonda, but it was a huge comeback for Grier.

Off the Map is one of those films you’ve probably never heard of, but should. Young Bo (Valentina de Angelis, in her first role) is only 11-years-old, trying to grow up in the New Mexico desert with a mom (Joan Allen) who gardens in the nude and a father (Sam Elliott) who, because of his depression, can’t hold a job.

Enter a young IRS agent (Jim True-Frost) who’s investigating the family for failure to pay their taxes. None of their lives will ever be the same, but probably not in the way you’re thinking. Directed by Campbell Scott, incredible performances (including one by J.K. Simmons) and a quietly strange coming-of-age vibe make Off the Map worth seeking out.

I think it’s time we (and yes, I) give Ben Affleck some credit, especially after watching this story of Boston private detective Patrick Kenzie (Casey Affleck) trying to find a kidnapped four-year-old girl. Casey Affleck is somewhat physically slight, which works well in this film, as he has to stand toe-to-toe with guys like Morgan Freeman, Ed Harris, Titus Welliver and others. The performances are excellent (including an Oscar-nominated performance by Amy Ryan as the girl’s drug-addicted mother) and the hard-hitting story from the novel by Dennis Lehane doesn’t pull any punches… until the end, which doesn’t quite measure up to the rest of the film. But give the Affleck brothers credit. This is a very effective film.

I’d like to thank Leonard Maltin and Baron Vaughn for recommending this film on their podcast Maltin on Movies. Although it was nominated for two Oscars (Michelle Williams for Best Actress, Kenneth Branagh for Best Supporting Actor, neither winning), My Week with Marilyn should’ve been nominated for more. It features fine performances by Judi Dench, Emma Watson, Julia Ormond, Dougray Scott, and more, but the performance of Eddie Redmayne (this year’s Best Actor winner for his portrayal of Stephen Hawking in The Theory of Everything) could certainly have earned a nomination. The set design, costumes, cinematography, and music are all top-notch.

Based on a memoir by filmmaker Colin Clark, My Week with Marilyn is far more than a Marilyn Monroe biopic. In fact, the film is more about one small  segment of her life and how she affected those around her (for good or ill). Although in 2015 we’re inundated with news on celebrities, this film shows us a time when it was so easy to become attracted to and infatuated with movie stars, all the more so when they’re mere inches away from you. If you’re just looking for a good, entertaining movie, you can’t go wrong with this one.

As was the case with the previous film, Headhunters was mentioned on Leonard Maltin and Baron Vaughn’s podcast Maltin on Movies as a sleeper that many may have missed. I caught it on Netflix streaming and was amazed at the twists, turns and flat-out tension, to say nothing of its breakneck pace. Based on a novel by Norwegian author Jo Nesbø, Headhunters is about a professional art thief who picks the wrong victim. I won’t tell you any more than that, because half the fun of the film is in letting it blow you away at full throttle. In Norwegian and Swedish with English subtitles.