What a great year for comics… I had a really tough time selecting my Top 10 (which I’ll post in the next few days) since there were so many great titles published in 2015. Below are the books that didn’t quite make it into the Top 10 (otherwise, I’d have a Top 20+). Some will no doubt be familiar to you, while others may be unknowns (but hopefully not for long). I hope you’ll find something of interest. 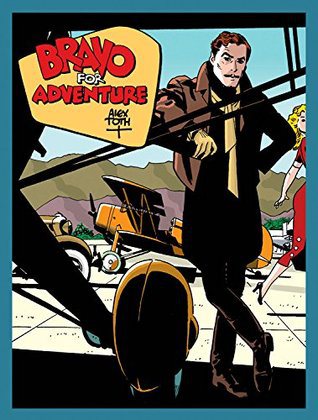 My only complaint about Bravo for Adventure is I wish it were longer. Alex Toth’s Bravo should have had many, many more adventures, but the few collected here – reminiscent of Milton Caniff’s adventure strips from the 1930s and 40s – are wonderful. Thanks to IDW and the Library of American Comics (and, of course, Dean Mullaney) for making this book available. (hardcover; mostly black-and-white; ages 12 and up)

For reasons we don’t know (at least initially), Clara Bronson has taken the job as the new sheriff in Copperhead, a mining town on a planet where absolutely nothing good seems to be going on. What is going on? Crime, alien rednecks, a corrupt mining tycoon, an unsolved murder, and a deputy who resents Clara’s presence. On top of all this, Clara is a single mom who has also brought her young son to Copperhead.

Maybe it’s because I enjoy science fiction/western mash-ups and they frequently suck, but this one doesn’t. I was entertained and captivated and can’t wait for more. (trade paperback; color; teens and up) 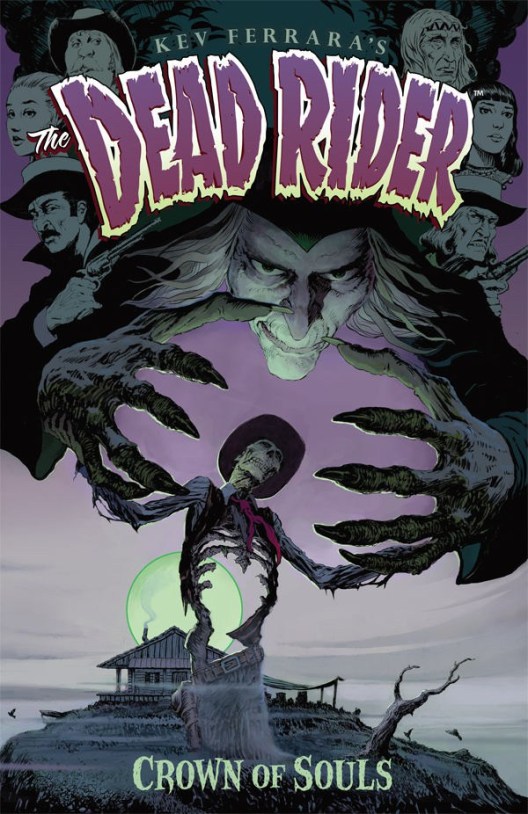 Here’s one that may have flown under your radar. If you remember those great horror western comics from magazines like Creepy and Eerie, you’re going to want to check out this amazing graphic novel from Kevin Ferrara. I reviewed it earlier this year over at The Comics Alternative. Enjoy! (trade paperback; color; teens and up)

Brubaker and Phillips do it again, giving us an excellent noir-laced story of murder in Hollywood’s golden age. Though largely a “setting-the-stage” volume, this initial trade paperback promises to be another major title from this exceptional creative team, perhaps the best one going in comics today. (trade paperback; color; adults)

Extraordinarily powerful story of the struggle of a handful of people during the 1937 Nanjing massacre. The characterization is excellent and the storytelling contains a level of suspense that’s effective without ever feeling cheap or manipulated. There’s one dialogue exchange that goes on a little too long and runs the risk of pontificating, but that’s really a minor quibble. I hope this gets a large readership. Derek and I discussed this book on a recent episode of The Comics Alternative Podcast. (hardcover, black-and-white; teens and up)

Operation Nemesis recounts an historical event most people have never even heard of, which is  almost as big a tragedy as the event itself. Please read more about that event and this book here. (trade paperback; color; mature teens and up)

Out on the Wire: Uncovering the Secrets of Radio’s New Masters of Story with Ira Glass (NF 2015) Jessica Abel (Broadway Books)

Jessica Abel takes readers through the process of creating several of the most popular current narrative radio shows such as “This American Life,” “RadioLab” and more. Yet the book is far more than an exploration of radio narratives and how those shows work. The principles and concepts apply to all types of creative narrative structures, if not all creative activities period.

Abel has also launched a podcast that explores these concepts even further. Derek and I interviewed Abel recently on The Comics Alternative Podcast. You can listen to our discussion here. (trade paperback; black-and-white; teens and up) 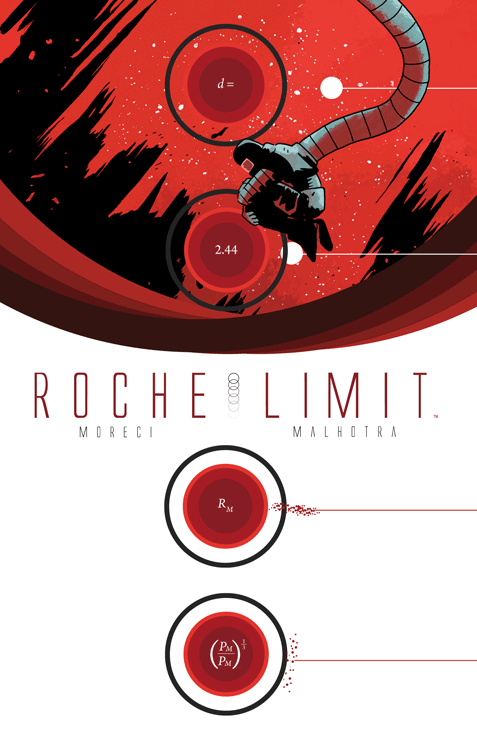 One of the best science fiction titles of the year, Roche Limit combines several stories, but mainly two. One concerns billionaire Langford Skaargard and his dream of a new colony on a new planet, yet once the dream is realized, it devolves into a hotbed of crime and secrecy. The other involves a young woman traveling through the crime-ridden colony looking for her missing sister. Extremely well thought-out, Roche Limit is smart, exciting, and impossible to put down. Buy it: it’s only ten bucks. (trade paperback; color; mature teens and older) 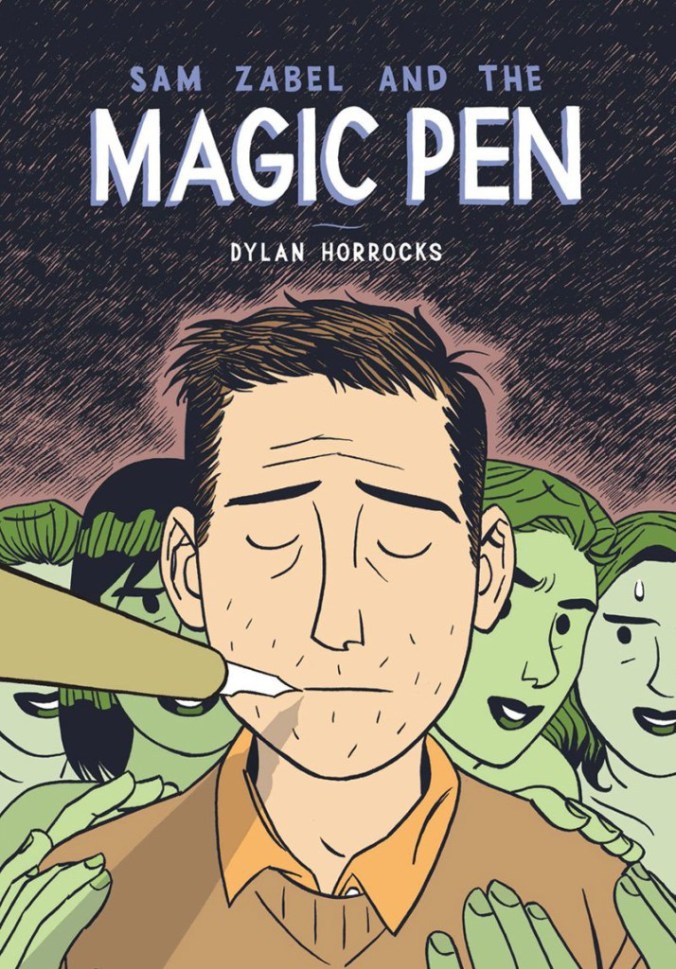 Derek and I had the great pleasure to interview Horrocks earlier this year and to meet him at SPX. (It was quite a year!) It isn’t necessary to have read Horrocks’s masterful Hicksville before reading Sam Zabel – a meta fantasy about traveling inside comics, the creative process and more – but it wouldn’t hurt. If you haven’t read Horrocks, you should. (hardcover; color; adults)

McCloud’s release of The Sculptor was one of the major comic events of the year and rightfully so. Read more about it here. (hardcover; black-and-white with blue; contains adult language as well as some sex and nudity, both of which are important components of the story) 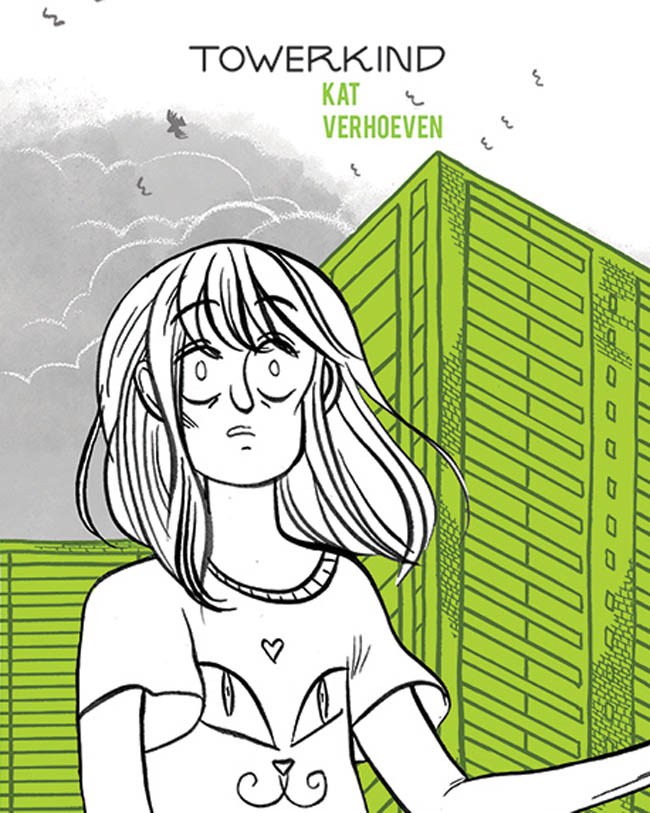 Upon a first read, I know I’m probably missing a lot, but this is a graphic novel worth reading multiple times. It involves people (mostly children) from multi-ethnic backgrounds living in high-rise low income apartments in Toronto on the brink of a catastrophe. Some of the children display supernatural abilities… That’s all I’m going to tell you.

Verhoeven’s art style is one of bold strokes, having the appearance of having been drawn quickly, almost with a sense of urgency, which serves the story well. Her use of panel choices and pacing are also exceptional. Of all the titles Derek and I discussed on the Conundrum Press spotlight, Towerkind is my favorite. Re-reading this one might bump it up to five stars. (black-and-white; teens and up) 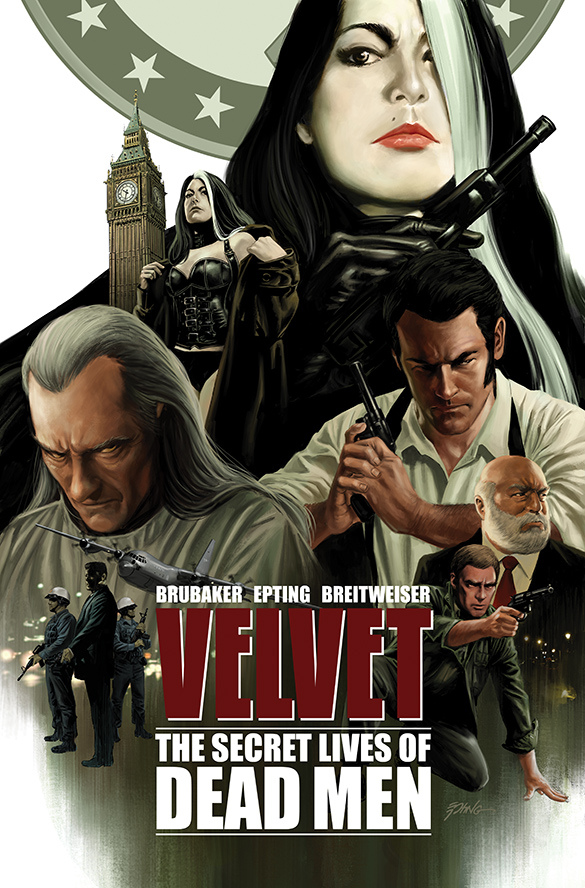 Surprised to see another Ed Brubaker title on the list? You shouldn’t be. Although this smart espionage thriller is the second collected volume of the series, it’s just as good as the first one, which I discussed here. (trade paperback; color; adults)