A bit late getting this one out… Hope you’ll find something of interest here: 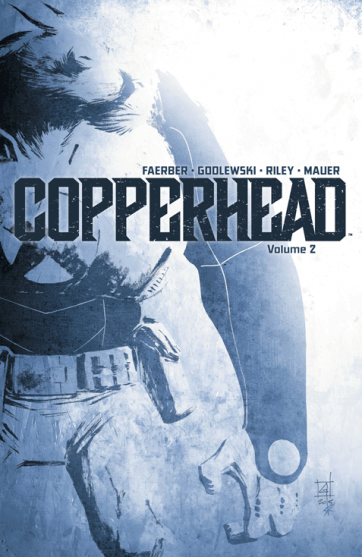 Copperhead Volume 2 continues the story told in the first volume, a science fiction/western about law and order in a mining town on a distant planet. If you thought the movie Cowboys & Aliens sucked, you’ll probably like Copperhead. (trade paperback; color; teens and up) 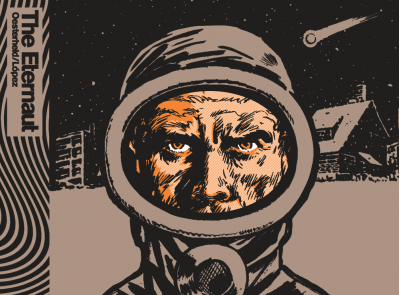 I think I can honestly say a day hasn’t gone by that I haven’t thought about The Eternaut in some way. The story behind the story (included in the book’s introduction and afterword) is as amazing as the story itself. The Eternaut is a cultural icon in Argentina and after reading it, you’ll understand why. On the surface, we have a science fiction/alien invaders story, but the creators are going for something much deeper. How they do it – without being pedantic or heavy-handed – is staggering. As of this writing, the book is sold out from the publisher and most other online stores. Let’s hope for a second printing. If that happens, don’t miss it. Also Derek and I plan on discussing this book soon on The Comics Alternative podcast. (hardcover; black-and-white; teens and up) 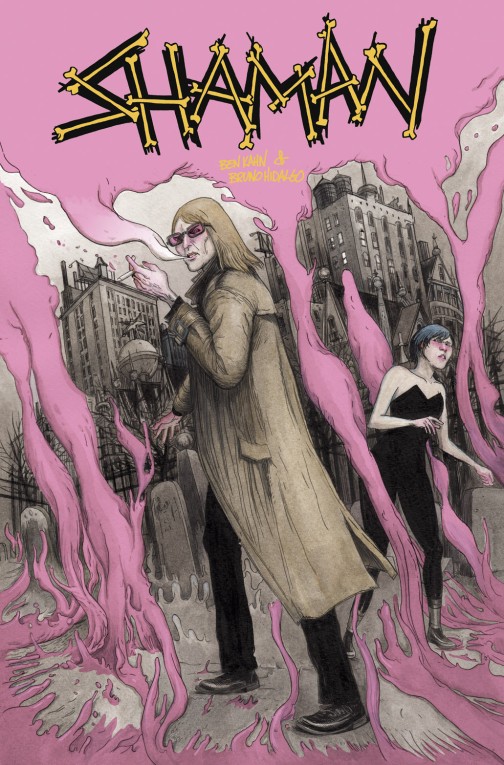 Derek and I discussed this graphic novel on our Locust Moon publisher spotlight last month and really had a great time with it. Shaman is something of a mash-up of superheroes and the supernatural, with lots of snarky (and sometimes goofy) humor. Really enjoyed this and I’m looking forward to the next volume. 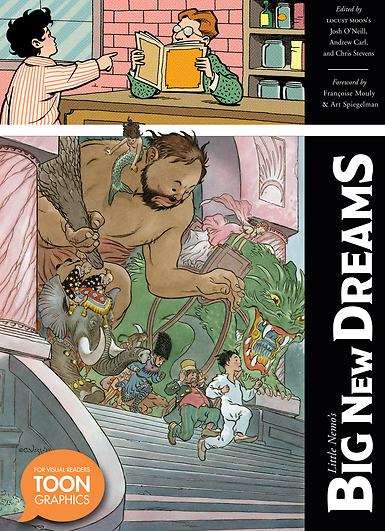 A joint effort between TOON Graphics and Locust Moon, Little Nemo’s Big New Dreams contains some of the best work from the broadsheet-sized Dream Another Dream, an Eisner-winning collection of some of today’s greatest creators paying homage to the creator of Little Nemo, Windsor McCay. That book sells for well over $100 (and is worth every penny), but if you’d like to get an idea of what Little Nemo is all about, you can pick up this TOON Graphics book for under twenty bucks. (It’s worth every penny, too.) (hardcover; color; ages 10 and up) 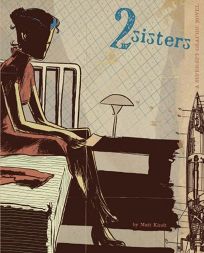 Kindt does espionage as well (and probably better) than anyone else in comics but no one else has Kindt’s unique visual style which is perfectly suited to spy stories, subterfuge and deception. This story of twin sisters is largely wordless, but very effective. (hardcover; color; teens and up) 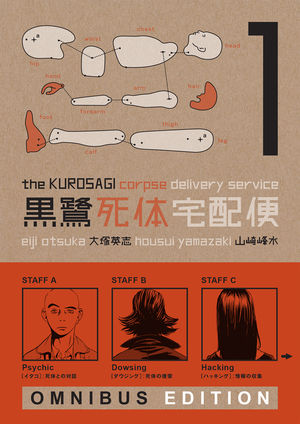 Granted I haven’t read that much manga, but besides the classic Astro Boy comics, The Kurosagi Corpse Delivery Service might just be my favorite current manga series. In the September edition of The Comics Alternative Manga podcast, Derek and Shea call The Kurosagi Corpse Delivery Service sort of “a cross between supernatural horror and Scooby-Doo,” which is actually quite accurate. The book contains both gore and nudity, but is primarily a dark comedy/detective story involving characters seeking to communicate with the dead in order to take their bodies to the resting place of their choosing. The series obviously has a lot to say about Japanese culture (which I’m quite ignorant of), but even without a familiarity of the culture, the omnibus is a fun ride (provided you’re ok with all the things mentioned above). The only thing I didn’t like about the book is its use of sound effects written in Japanese characters, which you have to look up in the book’s sound effects glossary, which I never took the time to do. But don’t let that stop you – it’s such a fun book. (trade paperback; black-and-white; adults) 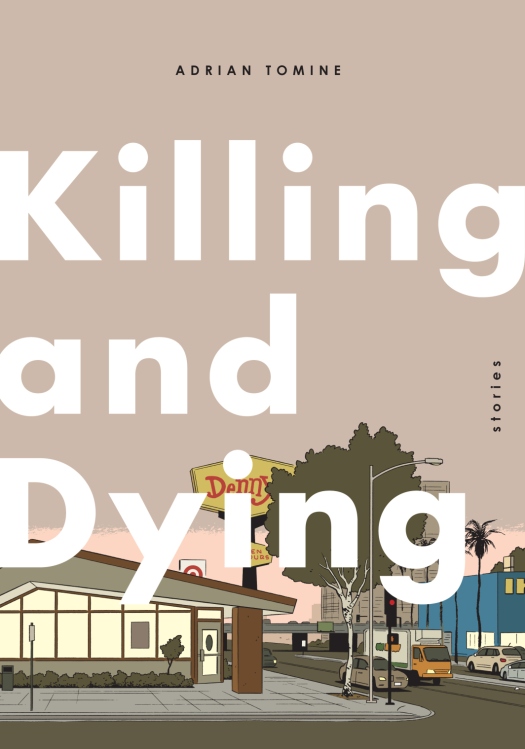 If there’s someone in your life that doesn’t get comics, someone that is more of a literary reader, Adrian Tomine’s work might just win them over. These “slice of life” stories are filled with humanity, humor and often revelation. If you’ve never read Tomine, you might want to start with one of his issues of Optic Nerve (the most recent issue being #14, the contents of which are included in this collection). (hardcover; color; adults) 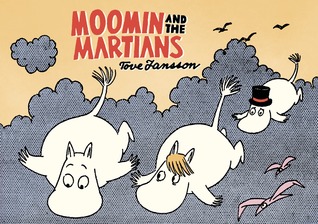 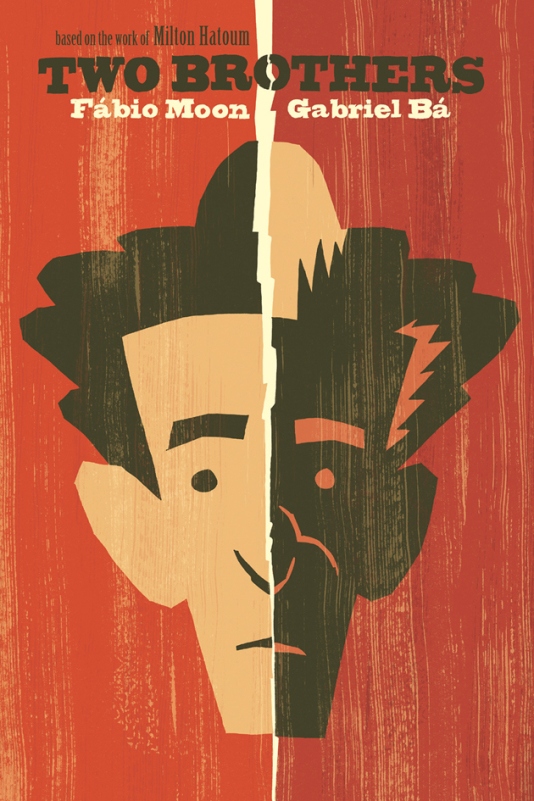 Two Brothers (2015) Fábio Moon and Gabriel Bá, based on a novel by Milton Hatoum (Dark Horse)

I never thought Moon and Bá could equal or surpass Daytripper, but with Two Brothers, they have done so. Reading this story of twin brothers (Moon and Bá are also twin brothers) is like watching an epic movie, not so much epic in length, but in depth and humanity. The illustrations are extraordinary and the pacing, layout… everything about it is superb. These guys are killing it. (hardcover; black-and-white; adults) 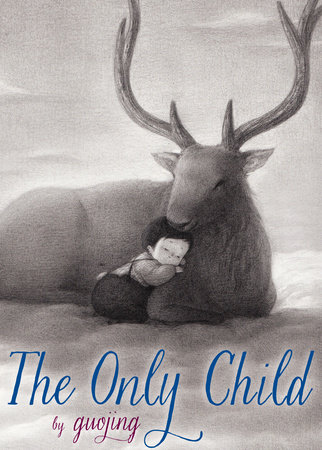 Gwen and I will be discussing this wordless all-ages picture book/graphic novel later this month on the Young Readers edition of The Comics Alternative, but don’t wait until then. This is a gorgeously illustrated and touching tale of a little lost girl and a mysterious stag. (hardcover; black-and-white; all ages)

Let me know in the comments section below what you read last month (or last year):