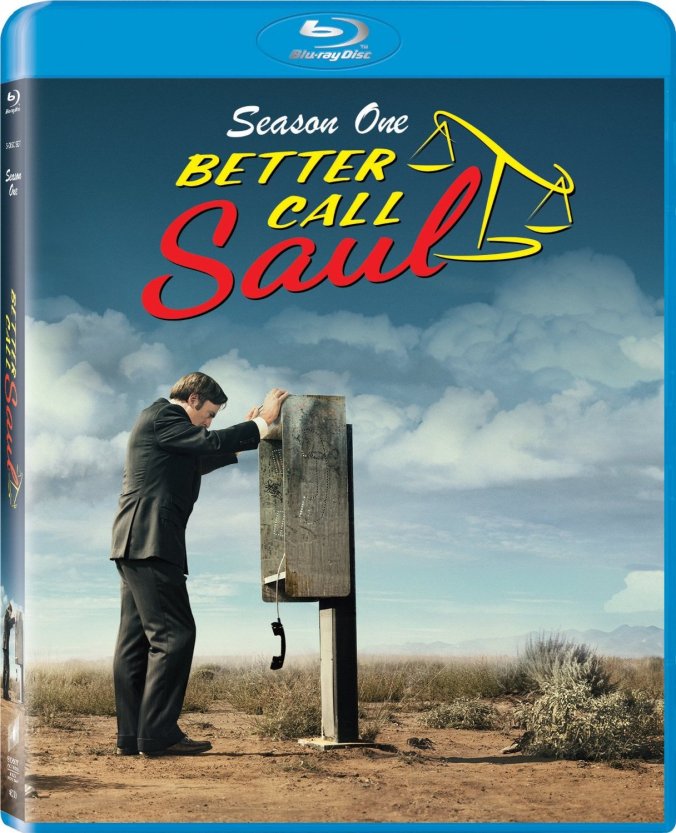 Better Call Saul is far, far better than it has to be. I think it’s also far better than most people expected and quite possibly the best TV show of 2015. I say that not so much from my own experience (as someone who rarely watches TV shows), but from reading many critics’ Best of 2015 posts and articles.

The genius of the show stems from the fact that writers/creators Vince Gilligan and Peter Gould have constructed a series that both extends the Breaking Bad universe, yet stands securely on its own. If you never saw one minute of Breaking Bad, you can enjoy Better Call Saul. Sure, you might miss a few things, a couple of winks and nods, a clue here and there, but any prior knowledge of Saul Goodman is unnecessary. (All of the events from Better Call Saul occur before the first episode of Breaking Bad.) 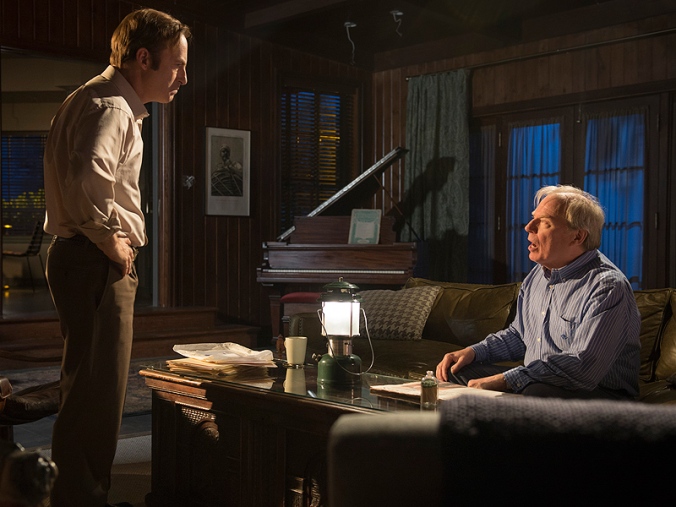 And speaking of Saul Goodman, that’s not the lawyer’s name, at least not when we start the first episode. It’s Jimmy McGill (Bob Odenkirk, above left). After a present-time scene in black-and-white, we flashback to see just who Jimmy was: a cocky Albuquerque lawyer trying to make a name for himself and take care of his older brother Chuck (Michael McKean, above right), a partner in a major law firm, Hamlin, Hamlin & McGill. I won’t get too much into the brothers and their relationship – that’s one of the main reasons to watch the series, after all – but I will say that Chuck is confined to his home, suffering from an unusual condition that renders him allergic to electricity and sunlight. 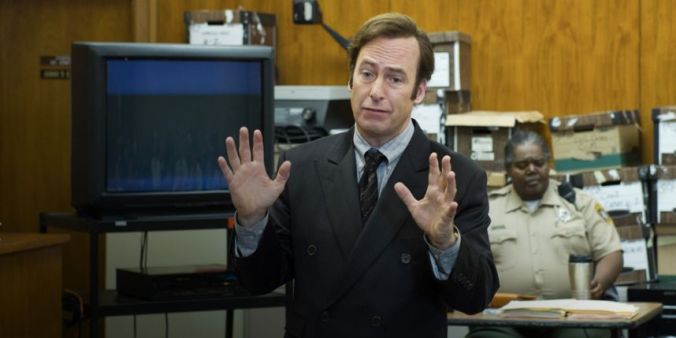 We also learn more about Jimmy, about how he attempts to escape his shady past running con games as “Slippin’ Jimmy,” learning that no matter where you go, you can’t get away from yourself. Gilligan and Gould have created such an intriguing duality: Jimmy wants to succeed, wants to make a name for himself as a lawyer, yet he can’t escape his “Slippin’ Jimmy” persona. It’s part of who he is. Even when he wants to have a more noble career, the cases he’s forced to take constantly bring him back to the shifty ideals and behaviors he’s trying to escape. 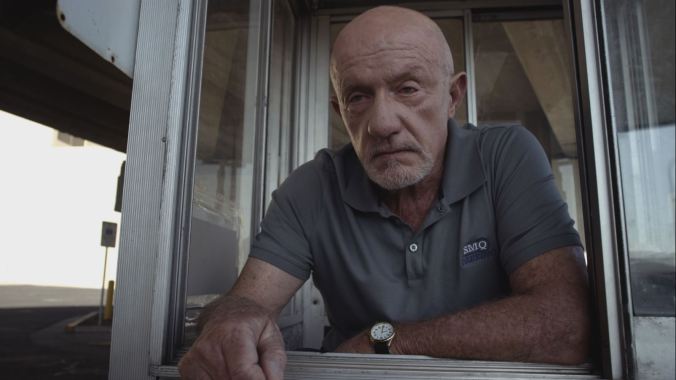 But instead, we get depth of character, even in the supporting players: Jimmy’s evasive clients Craig and Betsy Kettleman (Jeremy Shamos and Julie Ann Emery), his friend Kim (Rhea Seehorn), and of course Mike (Jonathan Banks, above), a character would will have an enormous role to play in Breaking Bad (should you choose to watch the show, and I sincerely hope that you will). We get stories that are layered and complex without getting confusing or tedious. These characters and situations are believable, even when they’re outrageous, because the writing is so good and the actors are amazing. 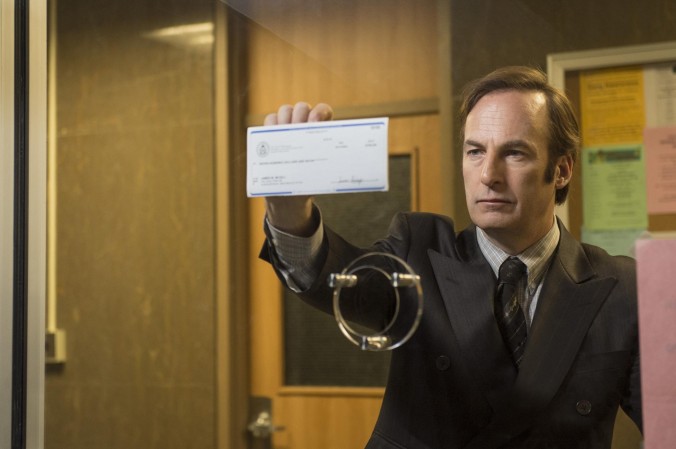 And there’s the humor: physical comedy, dark comedy, one-liners, Bob Odenkirk doing his thing and doing it exceptionally well. But there’s also several dark threads running through Better Call Saul, threads that weave together to form a framework that leads to revelations during the final two episodes, moments that reach down inside you and won’t let go. As much as it’s a dark comedy, Better Call Saul also explores sibling rivalry, ambition, the drive for success and life awakenings that you don’t always see coming. Highly recommended.