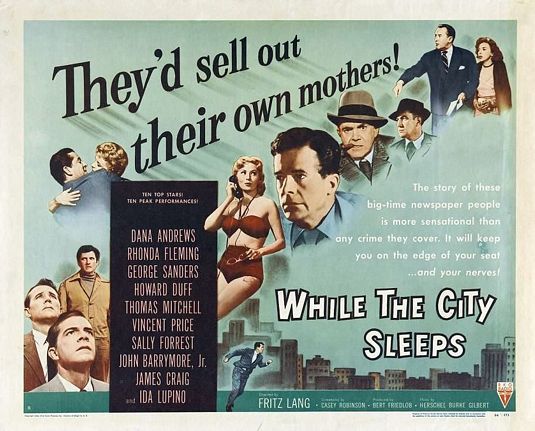 Newspaper mogul Amos Kyne (Robert Warwick) is clearly in his last days as head of a publishing empire. When he dies, his ne’er-do-well son Walter (Vincent Price, below right) takes control of the paper. Walter’s a real tool, but at least he realizes he needs someone who actually knows the newspaper business and can run things while he acts as the glory-seeking figurehead. 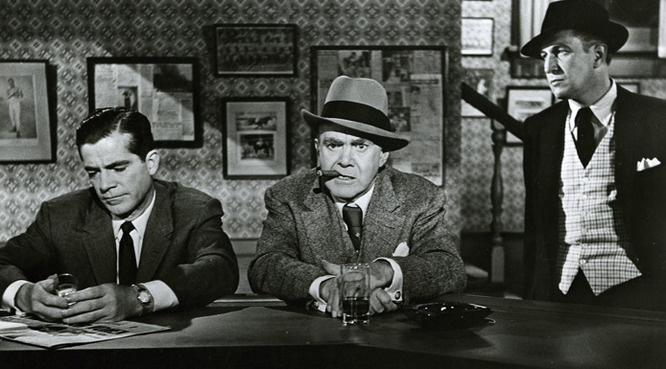 There’s no shortage of guys around who could do the job: editor Jon Day Griffith (Thomas Mitchell, center), wire-service head Mark Loving (George Sanders) and photographer Harry Kritzer (James Craig). Walter decides to pick his Executive Director by having a contest. Whoever can learn the identify of the serial killer known as “The Lipstick Killer” will win the job. 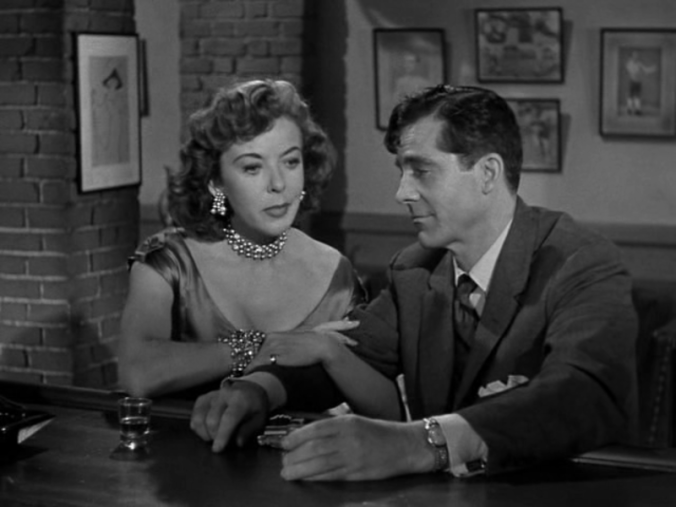 To make things more complicated, Griffith is hoping his friendship with reporter/TV personality Edward Mobley (Dana Andrews, right) will give him an advantage in the contest. Yet Loving, wanting to keep an eye on things, has writer Mildred Donner (Ida Lupino, left) make advances to Mobley to learn what’s up. Mobley, however, is engaged to Loving’s secretary Nancy Liggett (Sally Forrest), who lives across the way from an apartment inhabited by Walter’s wife Dorothy (Rhonda Fleming, below), who’s having an affair with Kritzer. Confused? Don’t forget, we’ve also got a serial killer we’re trying to keep track of.

I can’t imagine anyone other than Fritz Lang being able to make these convoluted situations work, but everything’s put together like a Swiss watch. Okay, so maybe the Swiss watch sometimes appears as though it’s made of Swiss cheese, but we won’t dwell on that. The cast is superb and everyone is at the top of their game. The dialogue may not be as fast as that of a film like His Girl Friday, but it moves fairly quickly and is a lot spicier than I was expecting. (How did some of this get by the Production Code?) 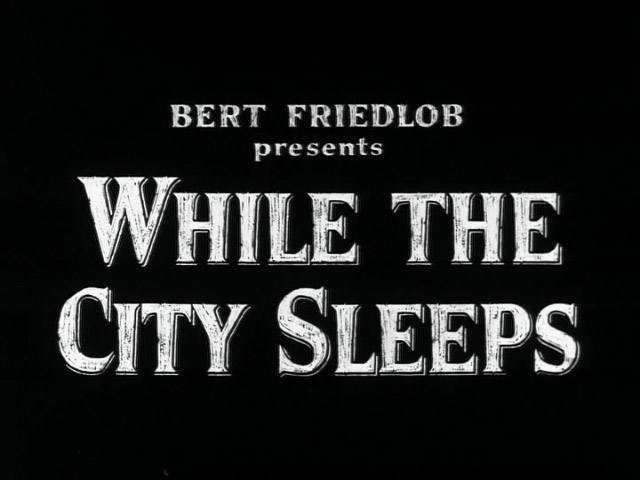 While the City Sleeps is more about the inner workings (mainly the inner shenanigans) of a newspaper office and less about the killings, but it’s quite entertaining, definitely a noir you should check out. The film is currently available on FilmStruck.