LAPD Detective Lieutenant Sims (Sterling Hayden, above) is having a tough time trying to quit smoking, but that’s nothing compared to the problem of finding a cop killer. Sims is sure about one thing, though: once a bad apple, always a bad apple. So when ex-con Steve Lacey (Gene Nelson, below center) comes up as a possible accomplice in the murder and maybe also a bank robbery, Sims is clearly looking in Lacey’s direction. 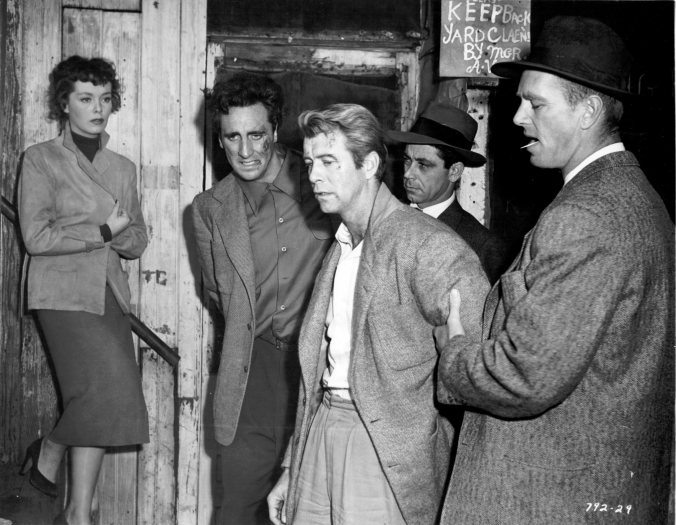 Sims is right about one thing. Steve’s former buddies (Ted de Corsia, Charles Buchinsky [Bronson], and Ned Young) have just busted out of prison and come to Steve’s place to hide out, much to the displeasure of Steve’s wife Ellen (Phyllis Kirk, above left). But Steve’s pals plan to stick around for awhile, and in the meantime, they’ll need money… As in Episode 25’s Out of the Past (1947), we may be through with the past, but it’s never through with us.

When the film was being developed, Jack Warner wanted Humphrey Bogart for the role of Lt. Sims and Ava Gardner as Ellen, but de Toth refused, insisting on Hayden as the cop and a lesser-known actress to play Ellen. De Toth got his way, but Warner downgraded the film to B-picture status and cut both the director’s budget and shooting schedule. No problem; de Toth shot the film in 13 (or 14, depending on who you talk to) days. De Toth also shot on location, which gives the film a realism he couldn’t have replicated (or probably afforded) on sound stages and backlots. Cinematographer Bert Glennon uses a lot of available light, making the picture harsh and gritty, like you’re walking down the streets of Los Angeles, passing through the diners, bars and gas stations. Wonderfully atmospheric.

The cast is wonderful as well (Timothy Carey nearly steals the show as a criminal named Johnny), but the film belongs to Sterling Hayden as the cynical, tough cop who practically has the rap sheets of the entire criminal population of Los Angeles memorized. His Lt. Sims just has to be the inspiration for Steve McCroskey (Lloyd Bridges) in Airplane! (1980). 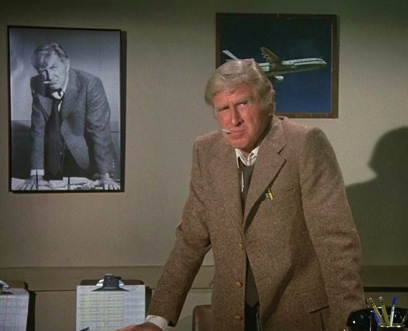 You won’t find a lot of overly positive reviews for Crime Wave, but I absolutely love it. So far I’ve listened to about half of the James Ellroy/Eddie Muller commentary and it’s clear they love the film as well. Maybe you will, too.