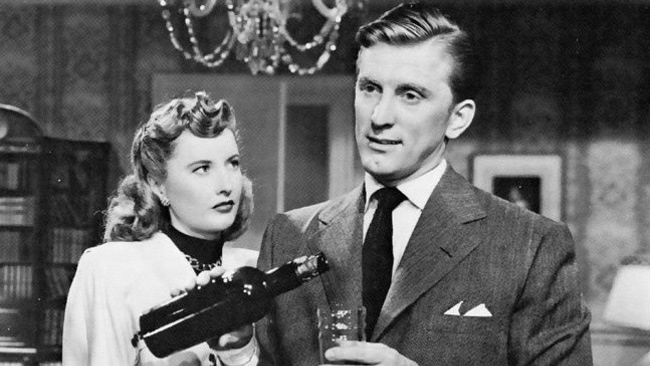 Wow. Kirk Douglas turns 100 today… I wonder if we really can grasp just how spectacular this birthday is. He made his first screen appearance in 1946 with The Strange Love of Martha Ivers next to the great Barbara Stanwyck 70 years ago and he’s still with us. 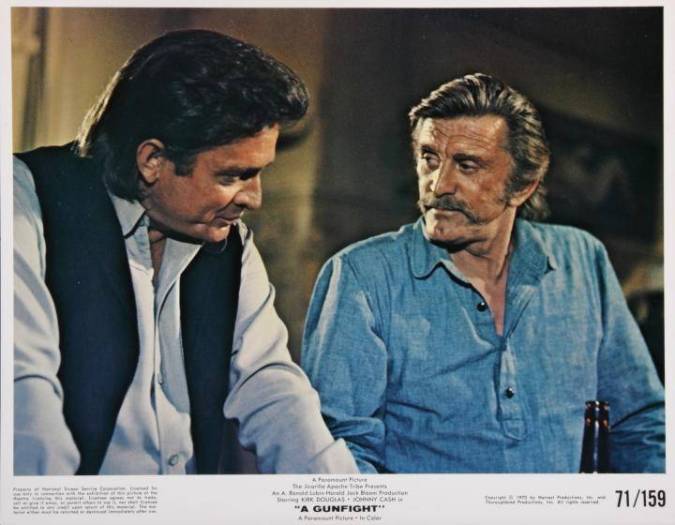 I can’t remember the first time I saw Douglas onscreen, but it was probably in 20,000 Leagues Under the Sea (1954), which I revisited in 2016. The first Douglas film that had any real impact on me is one that no one ever mentions anymore, a Western co-starring Johnny Cash called A Gunfight (1971). I was nine years old at the time, old enough to understand that these two guys were going into a gunfight and the whole town was coming out to see who was going to win. (SPOILERS) I love him now, but I remember there was something about Johnny Cash that I just didn’t trust. He seemed like the bad guy here and I wanted him to lose the gunfight. Douglas, for some reason, struck me as a winner, a guy I really liked, the guy I was pulling for to emerge victorious. He didn’t. I remember very little about that film other than the outcome and how much I wanted Douglas to win. I’d like to see that film again. (Maybe there’s an alternate cut and it’ll turn out differently next time!) 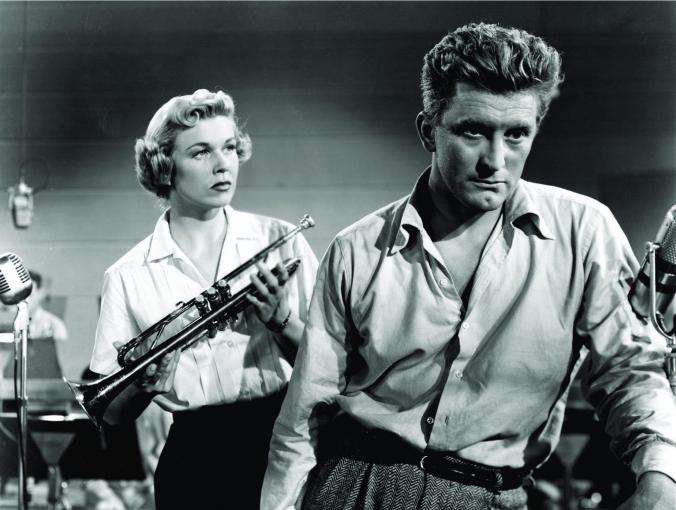 Without intending to, I watched or re-watched several Kirk Douglas films this year including Out of the Past, The Bad and the Beautiful, Young Man with a Horn, The Strange Love of Martha Ivers and more. 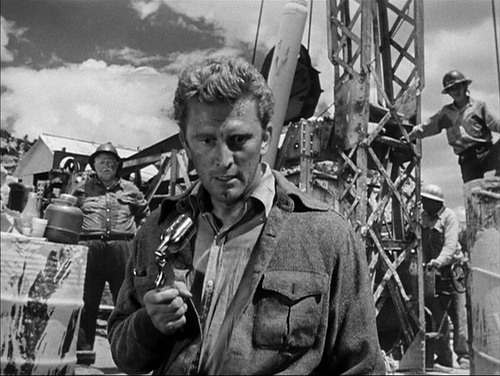 Yet my favorite Kirk Douglas performance will always be his portrayal of journalist Charles Tatum in Ace in the Hole (1951), a movie that has lost absolutely none of its power and impact. In his review of the film, Roger Ebert had this to say about Douglas:

Kirk Douglas (born in 1916) was and still is a ferocious competitor. Little wonder one of his first screen roles was as a boxer in “Champion” (1949). When I interviewed him for Esquire in 1969, the role of a champion was his central theme: “It doesn’t matter if you’re a nice guy or you’re a bastard. What matters is, you won’t bend!” His focus and energy as Chuck Tatum is almost scary. There is nothing dated about Douglas’ performance. It’s as right-now as a sharpened knife. 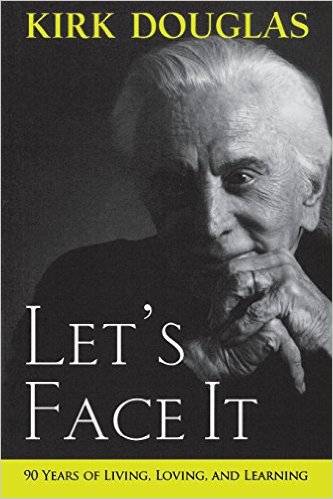 I also read one of Douglas’s many books this year, Let’s Face It, written when the actor was a youngster at age 90. I really enjoyed the book and hope to read some of his other works. I was surprised how honest and open it was, largely devoid of sentimentalism and filled with optimism.

So on your 100th birthday, Mr. Douglas, I salute you. Thank you for giving us so many great performances and sharing your life with us in film and in print.