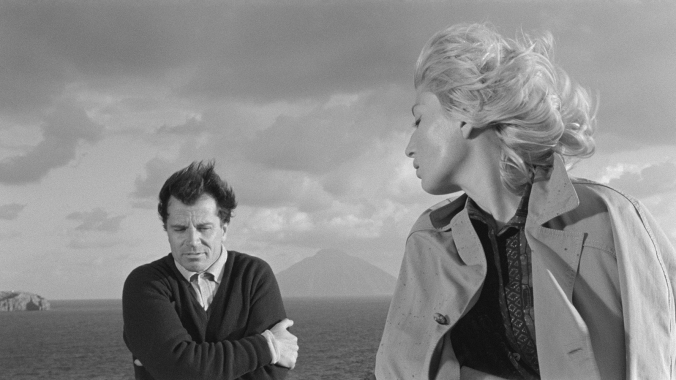 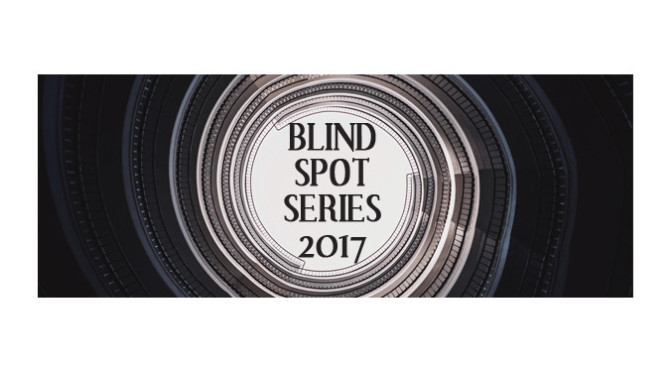 (For more about the Blind Spot series, please check out The Matinee.)

“Everything is becoming so hideously easy. Even forgetting pain.”

This line – delivered late in the film – summarizes what L’Avventura is all about. It is a revelatory line for the character who delivers it, a line that not only encapsulates everything about the film, but also barely scratches the surface of much bigger themes. 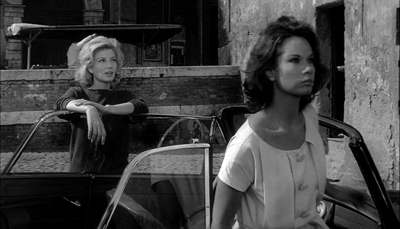 As the story begins, Anna (Lea Massari, right) invites her friend Claudia (Monica Vitti, left) to join Anna and her lover Sandro (Gabriele Ferzetti, below right) on a yacht with other wealthy people around the Aeolian Islands north of Sicily. While the group explores one of the smaller islands, Anna disappears. 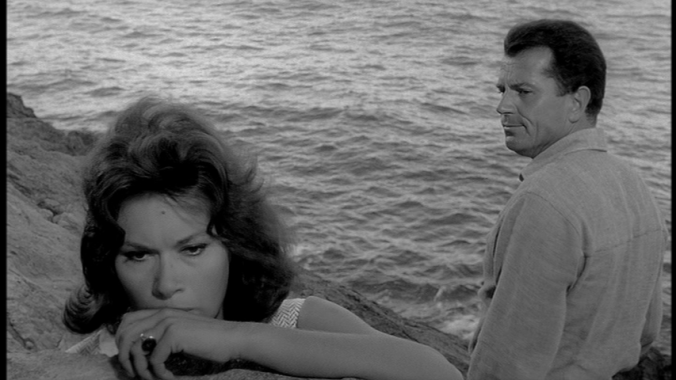 (SPOILERS from this point forward) 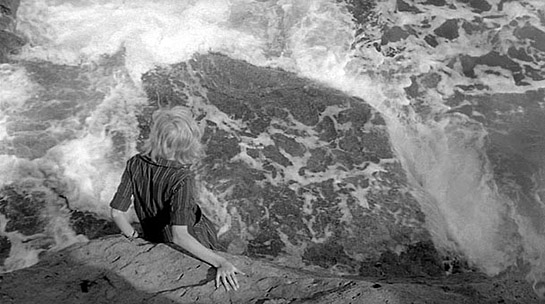 The group conduct a search and the authorities are eventually brought in, but Anna is never found. In fact, she is rarely mentioned again. (There is some speculation that much of what follows is actually from Anna’s point of view, but after only seeing the film once, I’m not sure I can give credence to that theory.) There’s a mystery to be solved here, but it’s much bigger than the disappearance of one woman. 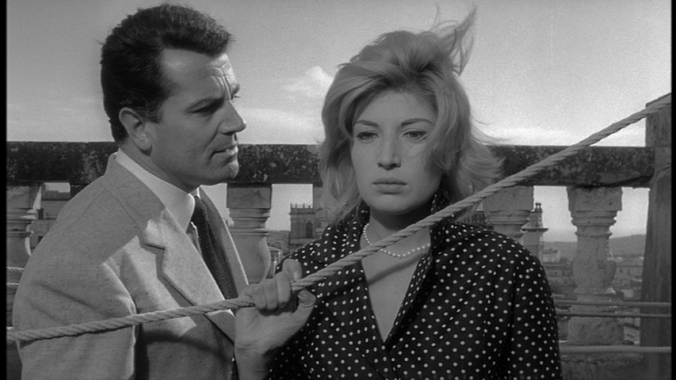 During the second half of the film, Claudia struggles with the advances of Sandro. His lover has just gone missing and is probably dead, yet he continues to pursue Claudia. Is he confused? Did he never love Anna in the first place? Does Claudia love him? Is she even interested?

Many filmgoers in 1960 no doubt labeled this as a story where nothing happens. In fact the film was booed at its premiere at the Cannes Film Festival (yet won the Jury Prize after a second viewing) and probably many other places as well. I doubt most modern audiences would sit still for its 2.5 hour running time without abandoning the film altogether, saying or thinking, “What the hell’s going on?” 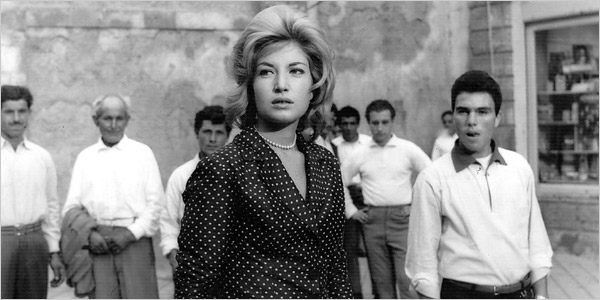 In fact, a lot is going on. I would venture to say that every scene and probably every shot contains a revelation of some sort. With L’Avventura, Antonioni has created a different kind of storytelling, one in which plot is not the film’s driving force. It’s pacing may seem glacial, but it’s also crucial. So is the staging. The film defies conventions because Antonioni wants us to think about what we see. Nothing (or very little) is spelled out for us, but the riches are there. L’Avventura is one of those films you can dig into for a lifetime and always learn new things about life, love, and yourself.

Martin Scorsese calls L’Avventura a film “about people in spiritual distress: their spiritual signals are disrupted, which is why they see the world around them as hostile and unforgiving.” I agree. Many have said that L’Avventura is a film about alienation, but I think it goes far beyond that. Alienation is just one of the by-products of how these characters live their lives. Yes, the film does shine an unwavering light on the shallowness of the idle rich, but that’s a very simplistic view of a film that really delves into the depths of humanity. That may sound grandiose and perhaps it is, but after watching the film, ask yourself if this is just a scornful indictment of spoiled, alienated rich people. I think it’s much more.

We wonder if the characters in L’Avventura will ever find happiness. Or forget happiness; will they even find a purpose? I find it interesting that I saw Peggy Lee’s 1969 song “Is That All There Is?” mentioned in two places in the same day: first in Roger Ebert’s review of L’Avventura and second in a book by Tim Keller called Making Sense of God: An Invitation to the Skeptical (2016). Keller examines the question “Is that all there is?” from humanistic and theological perspectives, asking questions that all of us at one time or another seek the answers to. The characters in L’Avventura are asking the same questions and Antonioni is simply there to capture those questions being asked. Yet he does so brilliantly.

In the first half of the film, we are surrounded by the natural world, a world that makes humans and human problems seem insignificant by comparison. I think it’s no accident that this is where Anna goes missing in the midst of vastness of nature (a theme that is developed again in Peter Weir’s 1975 film Picnic at Hanging Rock). The search in the midst of  the natural world is contrasted with the second half of the film which mostly takes places in areas of confinement (trains, hotel rooms, etc.). 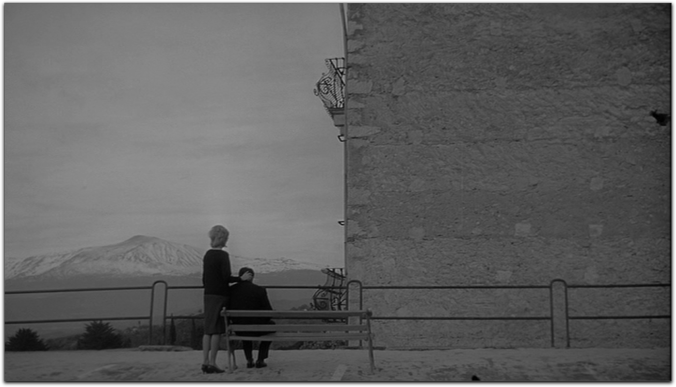 The film’s final shot initially seemed so disappointing, but as I think about it more, shows the characters at something of a crossroads. Claudio and Sandro (she standing, he sitting, which in itself seems very significant) are situated between a building (a man-made structure) on the right and a distant mountain on the left. In the end, l’avventura (the adventure) is about to begin again as it has done for these characters – and all of us – many, many times and will continue to do so as long as we’re a part of this world. And all of us inevitably have to ask, “Is this all there is?”