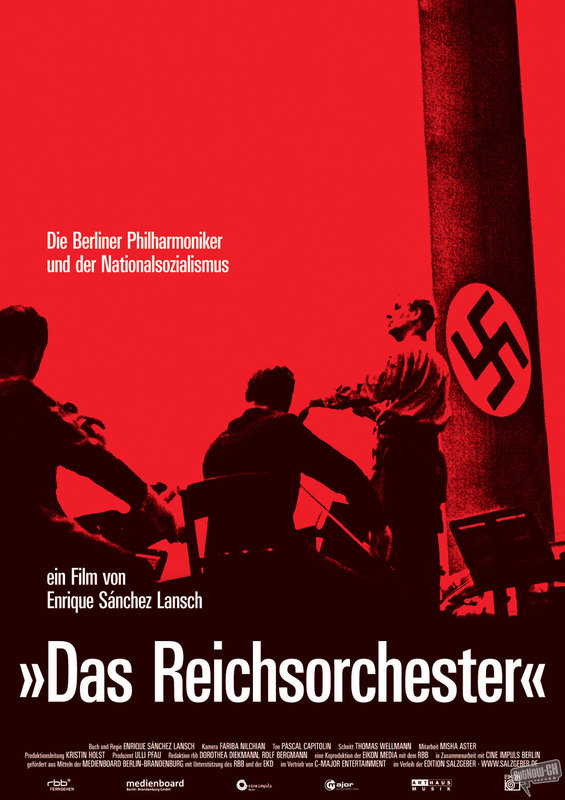 It’s always difficult for people in the arts to continue to produce great art in the midst of a totalitarian regime, but that’s exactly what happened to the world-renowned Berlin Philharmonic Orchestra in 1933 when it was taken over and placed under Nazi control. Most orchestras – even the great ones like Berlin – have had times of struggle and in a strange way, Nazi control offered stability, but at a huge price.

The orchestra’s roster contained several Jews and a handful of people dedicated to the Nazi party. Obviously the Jews were forced to go, but the Nazis remained. The stories of both groups are compelling. Where did the Jews go? And what about the Nazis in the orchestra? Were they watching everyone else? Would they turn Jewish sympathizers in? Many in the orchestra – one of the world’s finest – simply wanted to keep playing world-class music.

The documentary focuses on several former members of the orchestra as well as sons and daughters of members who have passed away. The archival footage is generally good, often riveting and sometimes terrifying, not so much in what is actually shown, but in what’s implied. The film assumes the viewer knows much about the way orchestras work and leaves out many details that could’ve made things clearer, both musically, politically and culturally. I would’ve liked more information on the conductor Wilhelm Furtwängler, more about what he thought about the orchestra being under government control. And what were audiences of the time thinking and expecting from the orchestra? Was the takeover reflected at the box office? I wish the filmmakers had gone into greater detail, but what’s there is interesting. 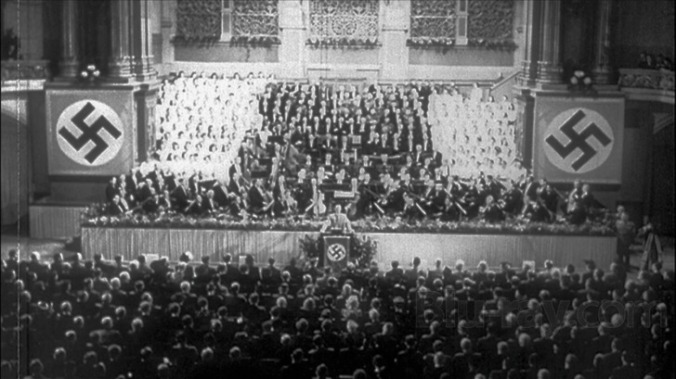 Although the film is available on an Arthaus Musik Blu-ray, my wife and I watched it on Digital Concert Hall, the subscription channel of the Berlin Philharmonic. (We only took advantage of the free trial period.) If you’re a fan of art music, it’s quite a service, offering more than 40 live broadcasts in HD each season, hundreds of archive concerts covering five decades, interviews, and artist portraits and documentaries like this one.