Another in the long line of movies I missed during the 80s, Eyewitness is the story of Daryll, a janitor (William Hurt) in a New York office building who discovers the dead body of one of the building’s wealthy corporate heads. TV news reporter Tony Sokolow (Sigourney Weaver) suspects Daryll knows something significant about the murder, but he really doesn’t; he’s just in love with her and wants her to keep pursuing him. Of course this puts Daryll on the radar of the actual killers. 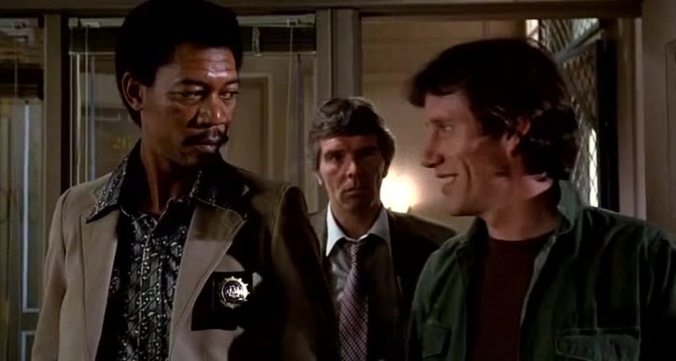 It would be very easy to rake this film over the coals. The story is sometimes halfway believable and sometimes flat-out ridiculous (especially the ending), but the cast is wonderful. Besides Hurt and Weaver (who both look like they stepped right out of a college freshman class), we’ve got Christopher Plummer, James Woods, Morgan Freeman, Pamela Reed and Kenneth McMillan. You could do a lot worse.