(Here’s Part I in case you missed it.) Many of these entries will be quite brief. My apologies, but I’m watching them pretty quickly this month and am trying to get them out there as I watch ‘em. More on the way…

END_OF_DOCUMENT_TOKEN_TO_BE_REPLACED

Early in the film, 17-year-old Lonnie Bannon (Brandon deWilde) leaves a small Texas ranch and heads into town as per the request of his grandfather and ranch owner Homer Bannon (Melvyn Douglas). Lon has been sent on a mission to find his Uncle Hud (Paul Newman), but he’s not anywhere downtown. When Lon comes upon a bar owner sweeping up broken glass from the sidewalk, he asks what happened. “I had Hud in here…” is the bar owner’s answer.

END_OF_DOCUMENT_TOKEN_TO_BE_REPLACED

April holds almost nothing as far as U.S. releases go, but there are quite a few nice Region B releases if you live in Europe or own a region-free player. I’m very excited to see so many interesting releases from the new UK label Indicator. (Anyone who has bought one, please let me know what you think.) So here we go…

END_OF_DOCUMENT_TOKEN_TO_BE_REPLACED 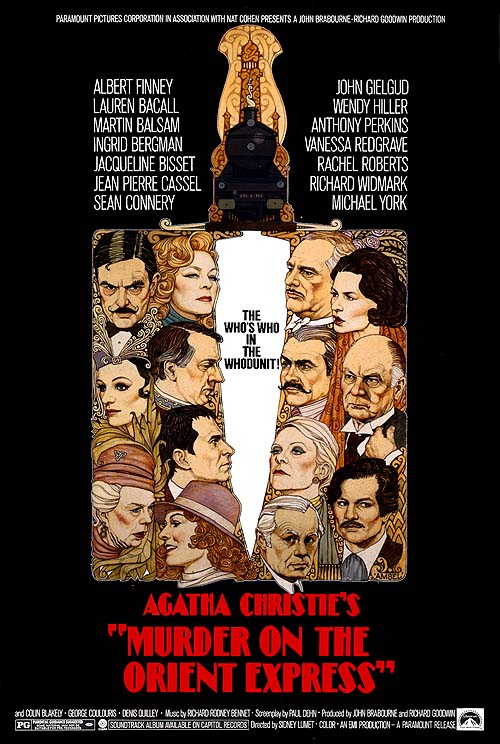 I haven’t read one in years, but as I recall, most of Agatha Christie’s mystery novels are far more plot-driven than character-driven. The character of her detectives (usually Miss Marple or Hercule Poirot), however, is solidly built and shaped over the course of several novels; we know them well. What the Christie novels often lack (again, if memory serves me correctly) is a consistent atmosphere, which is often easier to pull off visually, especially in plot-driven stories. (Christie fans, please do not send me hate mail. I think she is wonderful and do not mean to imply that she isn’t. But cinema – by its nature – can obviously show and sustain images easily in a way that’s constantly before our eyes.)

END_OF_DOCUMENT_TOKEN_TO_BE_REPLACED

March is off to a pretty good start. Let’s see what we’ve got:

END_OF_DOCUMENT_TOKEN_TO_BE_REPLACED

The Swimmer is in many ways a product of the 60s, yet with the exception of a few techniques (and a few swimsuits) that link it to its era, the film transcends its time, making it as relevant in 2017 as it was nearly 50 years ago. (Speaking of 50, let’s just get this out of the way right now. Burt Lancaster was 53 when the film was made. Remember that when you see him diving into swimming pools wearing swimming trunks and moving around like he’s in his 30s. He looks amazing.)

END_OF_DOCUMENT_TOKEN_TO_BE_REPLACED

I normally don’t post much personal stuff here, but some you reading this blog know me well, have been to my home, and have met our retired racing greyhound Broadway. We rescued Broadway nearly seven years ago and he was closing in on his 12th birthday, but we had to say goodbye to him today. He had developed blood clots on his aorta and back area, preventing blood flow to his rear legs. He was in a lot of pain, but is now free from suffering.

I often called him The Hound Noir, even though he didn’t express much interest in watching film noir, as evidenced in the photo above. Oddly enough, he perked up the most for Westerns… Broadway suffered a severe stroke nearly a year ago and my wife and I both felt we were given an extra year with him. He recovered well, gaining most of his strength up until a couple of weeks ago. I watched at least a couple hundred movies with Broadway during the last year or so. Watching movies won’t be the same without him. Life won’t be the same without him. If you have a pet, love ’em lots. Never take them for granted, thank God for them, and cherish every moment. I know we did.

Like many movie lovers, I always thought Robert Osborne had the greatest job in the world: talking about movies. Watching him, you felt like he was having the time of his life talking about each movie, whether it was a Hollywood classic or a lesser, more obscure film that you’d forgotten (or never knew existed). Regardless of the film, Osborne’s enthusiasm was infectious. Thanks to Osborne’s introductions, I would often end up watching films that previously had held no interest at all for me.

END_OF_DOCUMENT_TOKEN_TO_BE_REPLACED

Stromboli’s full title in Italian reads Stromboli, terra di Dio or Stromboli, Land of God. The complete title is crucial to understanding what Rossellini is trying to convey. The film goes beyond the concept of Italian neorealism, reaching for something larger and yet personal and intimate. Does it succeed?

END_OF_DOCUMENT_TOKEN_TO_BE_REPLACED

There are few things in life I love more than introducing a good – maybe even great – film to someone who’s never seen it before, someone whom I think will appreciate and tell others about it. In many ways, I have the best job in the world since I’m able to share two of my passions with people: reading and movies. I had the opportunity last night to screen Christian Petzold’s Phoenix (2014) to a group of 30 people. You never quite know until it’s over whether the audience will like a film, especially when you’re showing an international film with subtitles. Would they like Phoenix? Did they like it?