May still has a couple of days left, time enough for me to try to sneak in enough films for a Part IV to follow this installment. If you missed Parts I and II, feel free to check out the links. Again, short and sweet (or sour, as the case may be for some films):

Liam Hemsworth plays Dwayne McLaren, a young auto mechanic who dreams of taking himself and his woman (Teresa Palmer) to a better life in any town besides Cut Bank, Montana. But McLaren has to finance this dream, and his scheme to make some quick money backfires in a major way. A good cast does not necessarily make for a good film, which Cut Bank proves very quickly. If you’re going to have a cast this talented (Bruce Dern, John Malkovich, Billy Bob Thornton), you’d better give them something to do. Sadly that’s not the case with Cut Bank, a film that tries to mix Fargo, Blood Simple and a bit of Twin Peaks into a convincing crime thriller. The result is a truly awful script.

Noirish thriller about commercial artist John Hamilton (Alan Ladd) who relocates from New York to the New England countryside to keep his wife Linda (Carolyn Jones) away from her New York friends, who tend to get her into trouble (especially trouble of the drinking kind). When Linda mysteriously disappears, everyone in the small Connecticut community – especially local cop Steve Ritter (Charles McGraw) – assumes that Hamilton killed her, forcing him to go on the run. The film works fairly well until we get involved with an improbable subplot involving a group of local children who try to help Hamilton evade capture. Although Ladd was only 45 at the time, he looks much older and mostly seems to be going through the motions. He died only five years later in 1964. 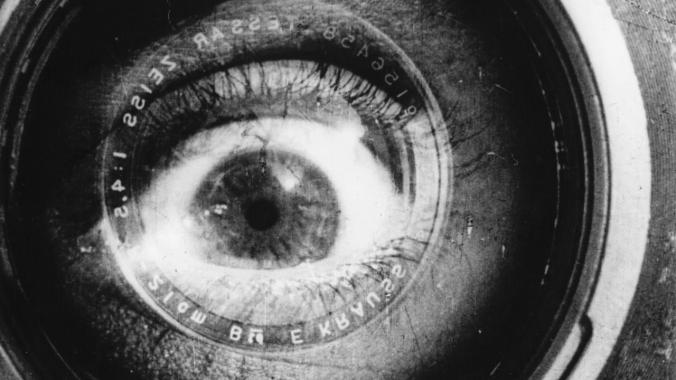 American cop John Payne goes to Copenhagen to help his sister Natalie Norwick beat a murder rap. Payne seeks help from the Danish police and discovers a gang of counterfeiters who may be behind framing his sister. Hidden Fear has some good moments and I enjoyed the performance of Anne Neyland (an actor I’m not familiar with), but Payne is frequently over-the-top, bordering on cartoonish. Still, there are worse ways to spend an afternoon.

Delightful Ealing Studios comedy with Alec Guinness playing a mild-mannered bank clerk who decides to recruit three other men to help him hijack the Bank of England’s gold supply. I still prefer The Ladykillers (1955), but I’ll take The Lavender Hill Mob any day of the week. 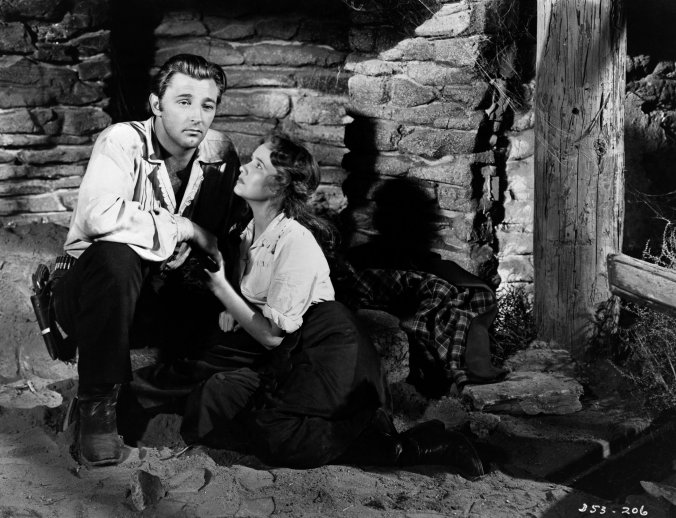 Robert Mitchum plays Jeb, an orphan traumatized by the murder of his parents. Although his foster mother Mrs. Callum (Judith Anderson) and her daughter Thor (short for Thorley, played by Teresa Wright) have brought him up as part of their own family, Jeb’s trauma and sense of dread continue to build. To make matters worse, Mrs. Callum’s brother-in-law Grant (Dean Jagger) holds a grudge against Jeb for something Jeb’s father did years ago. Pursued is considered a noir western and contains several very good moments but believability is often questionable. Excellent cinematography by James Wong Howe and a score by Max Steiner.

The Bribe would be worth watching simply for its cast (Robert Taylor, Ava Gardner, Charles Laughton, Vincent Price, and John Hodiak), but the film itself is great fun. A federal agent named Rigby (Taylor) travels to the fictitious island of Carlota (off the coast of Central America) to investigate a war surplus airplane engine racket. Getting too close to the truth, Rigby is urged by the slimy J.J. Bealer (Laughton) to take the money and look the other way. Is the money the bribe or is it Elizabeth Hintten (Gardner), the sultry café singer? If you can overlook a convoluted plot and over-the-top performances by Laughton and Price, you’ll probably enjoy The Bribe, a movie that (although it still feels somewhat sanitized) hits new levels of sleaze for the squeaky-clean MGM.

Ken (Marlon Brando in his film debut) loses the use of his legs after being shot in battle. Although surrounded in the hospital by other men who have lost limbs, Ken can’t see how he’ll ever have a normal life, especially with his fianceé Ellen (Teresa Wright). The Men was probably a very effective film at the time of its release, taking a serious, sensitive, moving look at returning soldiers damaged by war, but much of it seems woefully dated now.

Stay tuned – more on the way…

One thought on “Movies Watched in May 2017 Part III”