July turns out to be a pretty good month for film noir, especially neo-noir. You’ll find some updates from last month and plenty of new temptations as well. Unless indicated otherwise, all releases are U.S. Region A Blu-ray discs. For the UK Region B discs, you will need a region-free Blu-ray player, which – if you love movies – you should invest in.

I’ve seen very few of Rainer Werner Fassbinder’s films, but this one certainly intrigues me. Lola is part of Fassbinder’s BRD (Bundesrepublik Deutschland) trilogy (the others being The Marriage of Maria Braun [1979] and Veronika Voss [1982]), based loosely on Josef von Sternberg’s The Blue Angel (1930). Armin Mueller-Stahl plays a straight-laced building commissioner who wants to wipe out corruption in the small German town he’s assigned to inspect. A shady building contractor (Mario Adorf) sends his mistress Lola (Barbara Sukowa) to keep the commissioner distracted. The film addresses not only corruption in general, but also postwar German culture. The film was previously released as a DVD box set by Criterion way back in 2003.

This highly acclaimed police procedural TV series has been available on DVD before, but this new set from Shout Factory gives you the entire show in one bundle, all 122 episodes on 35 DVDs. The show is based on David Simon’s bestselling book Homicide: A Year on the Killing Streets, about the Baltimore Police Department’s Homicide Unit. I’ve only watched the first season, which was about ten or twelve years ago. I thought it was quite good, but fairly dated even at that viewing. I may have to give it another chance. No word on supplements. 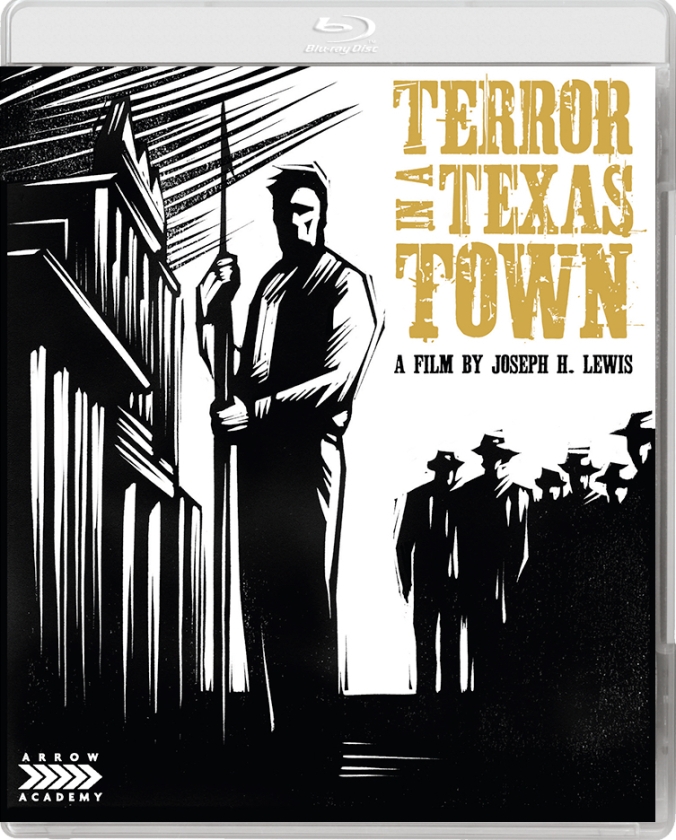 Although I’ve yet to see it, I’m including Terror in a Texas Town here since I suspect it is “noir-stained,” having Joseph H. Lewis (Gun Crazy, The Big Combo, My Name is Julia Ross) as its director, Dalton Trumbo as one of its writers, and Sterling Hayden as one of its stars. As odd as it may seem, Hayden stars as a Swedish whaler who seeks revenge for the murder of his father at the hands of a man named McNeil (Sebastian Cabot), a greedy businessman who wants to control the town of Prairie City by any means necessary. This edition is from a new 2K restoration and will contain scene-select commentaries by western expert Peter Stanfield. The edition also includes an illustrated collector’s booklet with new writing by Glenn Kenny, so if that interests you, pick it up now: the booklet will only be available for the disc’s first pressing. I believe the combination of Hayden and Lewis are enough for me to blind buy this one. (Also available in the UK on July 10.)

Stormy Monday marks the directorial debut of Mike Figgis with a noir story set in Newcastle, England with a jazz club owner named Finney (Sting) being pressured to sell his club to American buyer Francis Cosmo (Tommy Lee Jones), who wants to demolish the property to build a shopping mall. The film also stars Sean Bean and Melanie Griffith. According to John Grant’s A Comprehensive Encyclopedia of Film Noir, the film was unjustly criticized as all style and no substance. I’m certainly eager to check it out. (Also available in the UK on July 10.)

You Only Live Once (1937) ClassicFlix

This early outlaw lovers-on-the-run film is not only a great example of early film noir, it’s also one of Fritz Lang’s first American films featuring a young Henry Fonda and the marvelous Sylvia Sidney. Also stars two guys I always enjoy seeing: Barton MacLane and Jerome Cowan. The supplements are slim: an audio commentary by author/film historian Jeremy Arnold (TCM’s The Essentials: 52 Must-See Movies and Why They Matter)  and a before-and-after restoration comparison. If you’re a fan of noir, you must see this one. 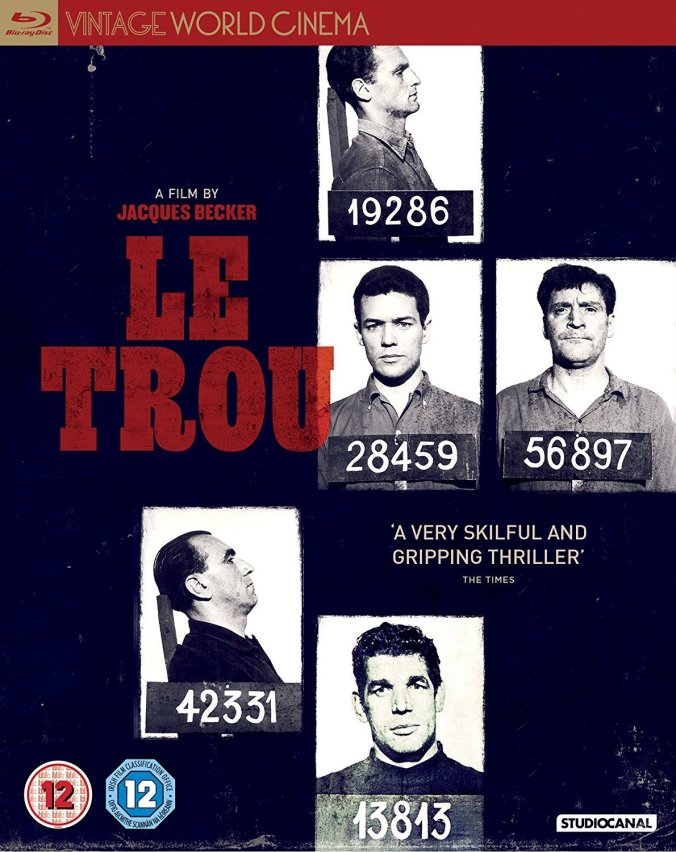 Both of these films were originally slated for a June 5 release and have been pushed back to July 17. At least we now have the final artwork. Read more here. 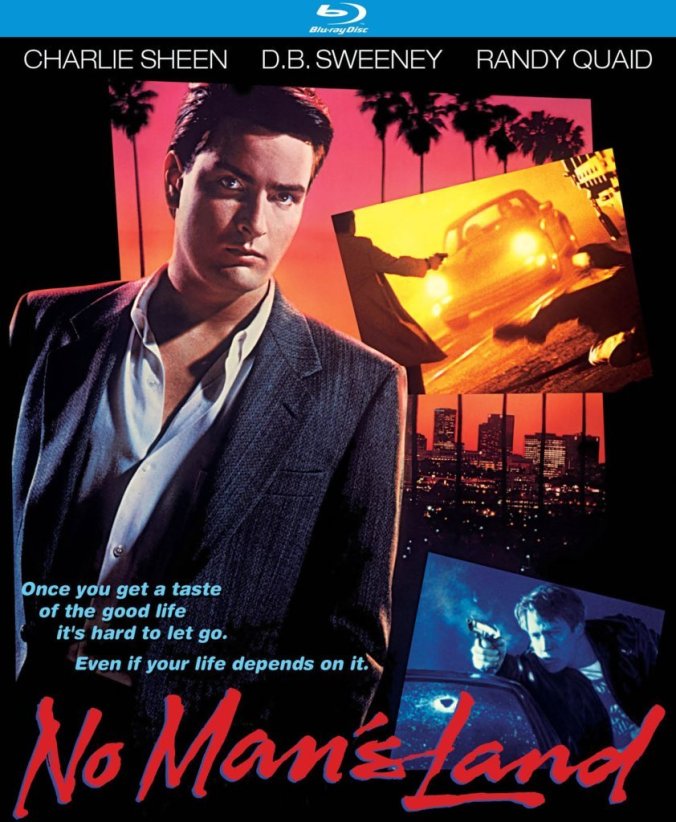 D.B. Sweeney plays a rookie undercover cop seeking to become part of a gang of Porsche-stealers led by the ultra-rich Charlie Sheen. Are other cops involved, maybe even Sweeney’s boss Randy Quaid? Looks like pretty standard fare, but if cars are your thing, you might want to check it out. The disc includes interviews with Sweeney, director Peter Werner, plus an audio commentary by Steve Mitchell and film historian Nathaniel Thompson.

Billy Drago plays an emotionally disturbed priest who quotes from the Book of Revelation, driving up and down L.A. freeways on a murder rampage. Witness Darlanne Fluegel and ex-cop James Russo enlist the help of psychologist Richard Belzer to help catch the madman. Probably more thriller than noir, but might be worth a look. The disc includes an interview with director Francis Delia as its only supplement.

British director Ben Wheatley received a lot of buzz for this black comedy/action/crime thriller about an arms deal gone wrong, but it didn’t do very well at the box office. I’m eager to check it out, especially after watching Wheatley’s impressive (and disturbing) Kill List (2011) earlier this year. Includes a digital copy, an audio commentary with Wheatley, and a “making of” featurette.

Although the two films are not really connected thematically, Mickey One had a lot to do with Bonnie and Clyde, including director Arthur Penn and star Warren Beatty. (You can – and should – read about it in Mark Harris’s excellent book Pictures at a Revolution: Five Movies and the Birth of the New Hollywood. Beatty plays a Detroit nightclub comic on the run from the mob, landing in Chicago, where he gets the itch to perform again, this time under the name Mickey One. Reviews are mixed on this one. I missed it at last year’s Noir City festival in San Francisco, so I’m afraid I can’t give you much advice. I can, however, tell you that since this is an Indicator Series release, you won’t be disappointed. Check out all the great supplements here.

Discussed last month, this was originally to be released on June 13, now pushed back to July 25. You can read about it here.

A turn-of-the-century (1900) noir, with Serge Reggiani playing an ex-con gone straight who falls for Marie (Simone Signoret), who just happens to be the girl of a mob boss. Although this is considered a classic of French cinema, it’s one I haven’t yet seen. In French with English subtitles.

That’s it for July. If I missed any, please let me know. Also let me know what you’re planning on picking up.