We took our vacation this month, so I won’t have as many films to list as usual plus I’m late getting them out. But rest assured, there’s much more to come. Here’s what I saw in the first half of July:

Olivia de Havilland won her second Best Actress Oscar for The Heiress, the story of Catherine, a young woman who stands to inherit a fortune from her father (Ralph Richardson) when she falls in love with the handsome Morris (Montgomery Clift), who may or may not love her only for her money. Set in mid-19th century New York, and adapted from the Henry James novel Washington Square (as well as the play The Heiress by Ruth and Augustus Goetz), the film version is simply magnificent, one of those great films you simply must see, made even more spectacular by the costume design by Edith Head and Gile Steele. 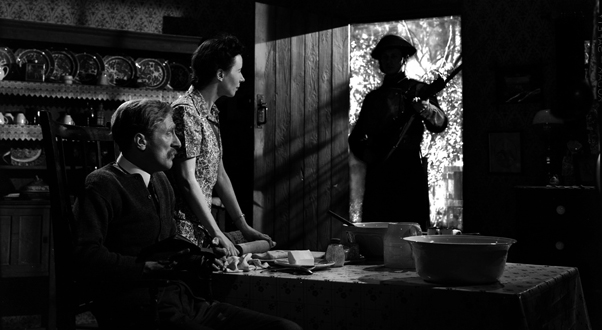 Went the Day Well? was certainly intended as WWII propaganda, but holds up far better than what we’ve come to think of as just another propaganda picture. Adapted from a Graham Greene story and produced by Michael Balcon of Ealing Studios, the film chronicles the tension-filled hours of an English village as they come to learn that they’ve been infiltrated by a group of Nazi paratroopers disguised as British troops. (Remember that this film was released in 1942 when the threat of a German invasion was frighteningly real.) Very few people talk about this gripping, suspenseful film anymore, but they should. You can see it now on Filmstruck. 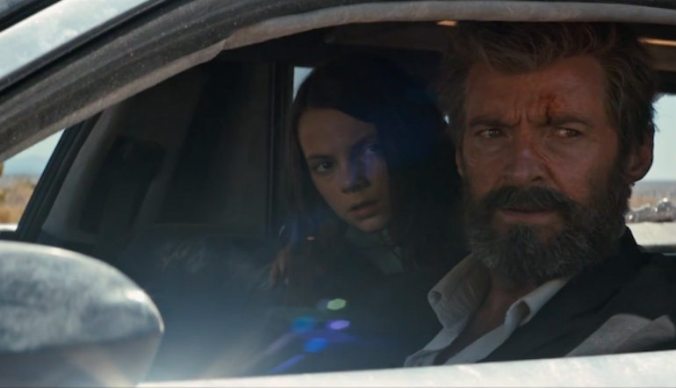 Just when I thought I’d had my fill of superhero movies, along comes Logan, a film that’s still in the Marvel Universe of superhero movies, but pushes hard against it’s typical constraints and conventions. Inspired by the Mark Millar/Steve McNiven comics/graphic novel Old Man Logan, we see James “Logan” Howlett (aka Wolverine) in the year 2029, worn out and unable to heal himself as effectively as he once could. A former nurse named Gabriela Lopez (Elizabeth Rodriguez) begs Logan to take 11-year-old Laura (Defne Keen) to a refuge in North Dakota called Eden.

Logan isn’t a perfect film. It brings a refreshing realism to the superhero genre, but relies a bit too much on worn-out conventions as the end of the film approaches. The violence (far more than you’ll see in most superhero films, with the exception of Deadpool) is initially jarring, but we get too much of it (at least for me) in the last 15 minutes. Yet this is a gripping story, one I’m glad to see challenging the typical superhero fare. 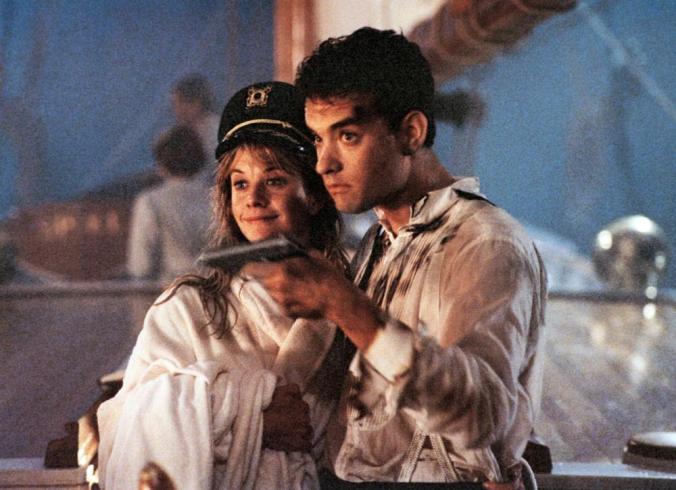 When Joe Versus the Volcano was first released, everyone I knew who saw the movie said it was so bad I shouldn’t waste my time with it. I wish I hadn’t listened… The film is a real gem, an odd gem, but still a gem. Joe (Tom Hanks), hearing that he’s ill and has only got a short time left, agrees to a proposal from a strange millionaire (Lloyd Bridges) which involves jumping into a volcano to appease an island’s anxious natives. If you buy into it, it’s a strange, wonderful experience which includes Meg Ryan playing three roles. Recently released on Blu-ray from Warner Archive.

The July pick for our Great Movies series at the library.

I think Victor/Victoria is one of those movies that came out at just the right time – and with the right cast – for mainstream audiences, although I would’ve loved to have seen it produced in the 1940s, but that was never going to happen. Julie Andrews plays a struggling singer who gets a job as a male female impersonator. Lots of fun, especially with Robert Preston stealing the show as a gay entertainer. The musical numbers are the real highlight of the film, but the entire production suffers from being about 20 minutes too long. (Also available as a Blu-ray from Warner Archive.) 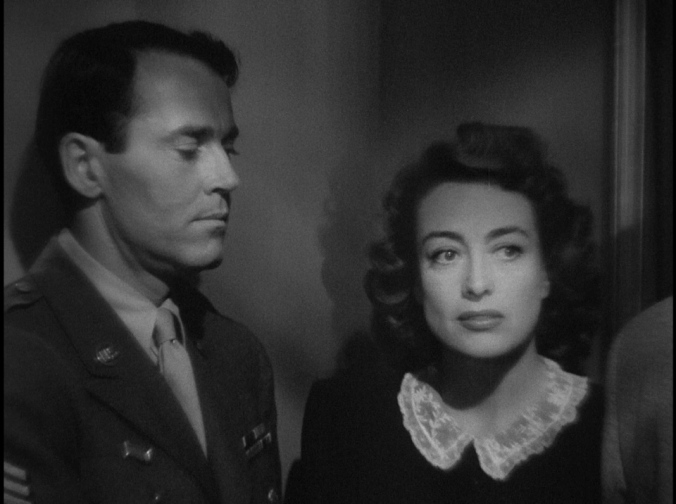 Daisy Kenyon is often labeled as film noir, but it’s really a romantic drama starring Joan Crawford as the titular character, a New York commercial artist having an affair with a brash, overbearing lawyer named Dan O’Mara (Dana Andrews), a married man with two kids. When O’Mara stands her up one night, Daisy meets a widowed war veteran named Peter Lapham (Henry Fonda). What’s Daisy to do? Does she love O’Mara? Lapham? Both? Neither? Although everyone in it is good (and it’s directed by Preminger), I’m not a huge fan of the movie, especially the ending. But who can say no to Joan and walk away unscathed? Not me.

Pépé le Moko (the great Jean Gabin) is a French criminal hiding out from the authorities in the Casbah area of Algiers. Inspector Slimane (Lucas Gridoux) is desperate to catch him, but Pépé is far too smart to come anywhere near him. The inspector’s only hope is to lure Pépé out with a young woman named Gaby (Mireille Balin), whom Pépé has totally fallen for. The film drops us into an exotic location that we believe is real, a fascinating labyrinthine world of vice and corruption. We get to know Pépé so well that we know he’ll never be captured. Right? A tremendous film that resembles yet predates such classics as Casablanca and The Third Man.

Based on a John Dickson Carr radio play called “Cabin B-13,” Dangerous Crossing begins with Jeanne Crain as Ruth Bowman, recently wed to John Bowman (Carl Betz) as they begin their honeymoon with a European cruise. When her husband disappears at the beginning of the voyage, no one can remember seeing him on the ship. Is Ruth delusional or has something happened to her new husband? And is the ship’s doctor (Michael Rennie) really trying to help Ruth or simply covering up a crime? It’s all been done before and generally done better (Gaslight, The Lady Vanishes, etc.), but I liked Dangerous Crossing. The performances are good, the atmosphere eerie and director Joseph M. Newman keeps the pacing tight. You could do much worse.

Nikki Kimball, an ultra marathon runner, seeks to break both the women’s and men’s record running Vermont’s Long Trail, a north-south 272-mile trail running through the state between the Massachusetts and Canadian borders, the equivalent of 10 marathons. The record she’s trying to beat? Five days, seven hours, 42 minutes. The film is often compelling, funny, dramatic and exciting, in many ways effective, yet so many of the musical choices in the film are overblown, practically screaming at the audience to tell them how they should feel at any given moment. Although we get some information on Nikki’s past and her motivations for the race, I wanted more. Yet what we have is an inspiring, often fascinating look at one runner’s dream.

That’s it for the first part of July. More next time.