You can find lots of tributes today to one of my favorite actors, Robert Mitchum, so here’s one more. Although my post will be brief, my fascination for Mitchum knows no bounds. Here are just a few Mitchum films for your consideration in chronological order:

One of his finest, a classic of film noir. Previously discussed here.

This film gets dumped on frequently, but I still like it despite its faults. Want to know more? Okay, here you go. 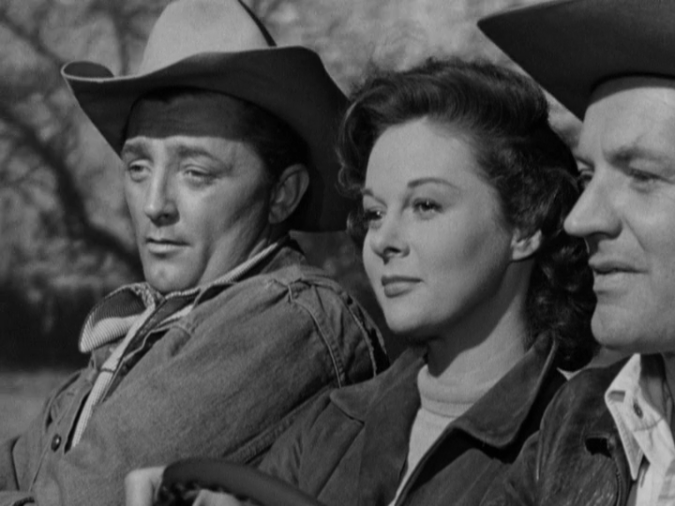 This amazing Nicholas Ray film is practically forgotten today, but it is available and you should seek it out. I’ve linked here to an excellent review (not mine) of the film. 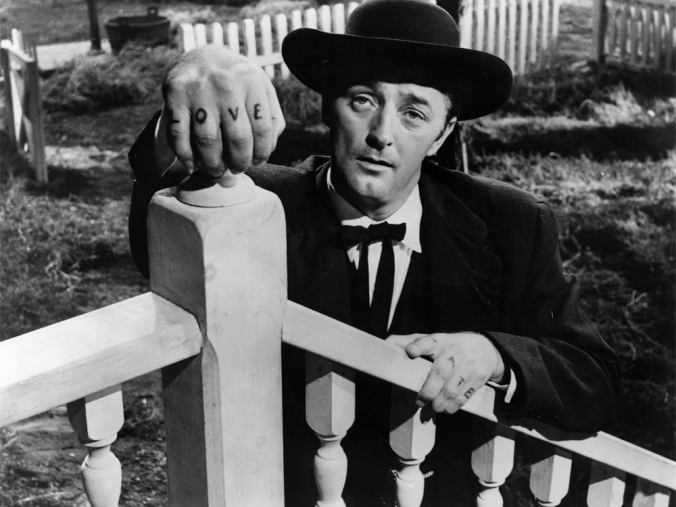 An unusual role for Mitchum, co-starring the amazing Deborah Kerr. Read more about it.

Along with his role in Night of the Hunter, here is Mitchum at his most terrifying. 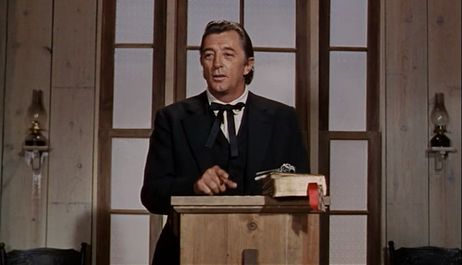 Okay, this isn’t a very good movie, but it is the first time I ever saw Mitchum onscreen when I was six or seven, so I’m including it for the sake of nostalgia.

A middle-aged Mitchum more than getting it done in an outstanding role. More here. 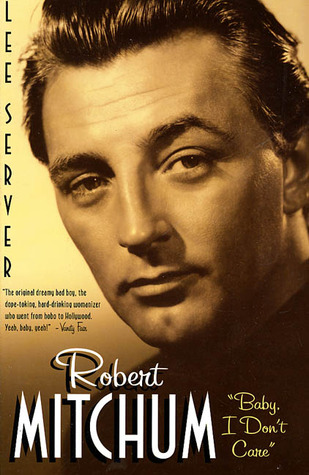 After you’ve seen a few of his films, you’ll want to read more about the man. I can help.

And please visit Out of the Past: A Classic Film Blog for more great posts on Robert Mitchum.