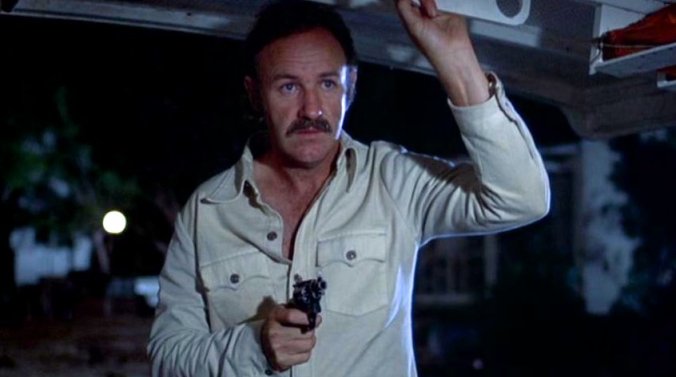 In the first half of Night Moves, private detective Harry Moseby (Gene Hackman) is showing a woman named Paula (Jennifer Warren) a sequence of chess moves from a famous match originally played in the 1920s.

“It’s a beauty,” Paula says after Harry shows her the sequence again.

“Yeah,” Harry replies, “but he didn’t see it. He played something else and he lost. Must’ve regretted it every day of his life. I know I would have.”

In a way, I’ve just given away everything about Arthur Penn’s brilliant neo-noir Night Moves, and then again I’ve given away nothing. Night Moves is one of those movies that’s been largely overlooked for the past 40 years, at least by the majority of the moviegoing public (and sometimes even Gene Hackman fans). It’s a great film for many reasons (which I’ll elaborate on in a moment), but it demands from the viewer a patient and careful eye. It also requires at least two viewings (this was my third) to fully appreciate its wonders, and for a 40-year-old film, that’s asking a lot. Yet the rewards are tremendous. 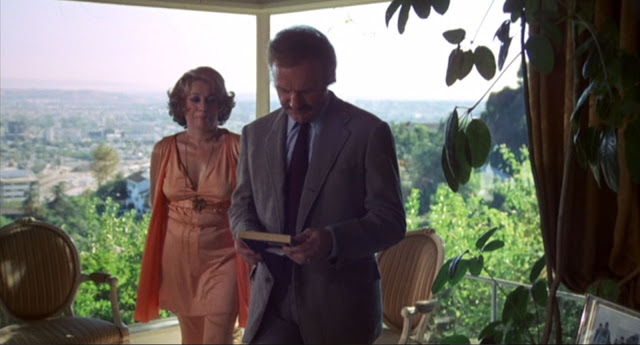 Early in the film, Harry accepts a case from Arlene Iverson (Janet Ward), an aging B-movie actress who wants Harry to find her 16-year-old daughter Delly (Melanie Griffith, in her first major film role) and have her brought back home to Los Angeles. You get the feeling Arlene is probably more interested in keeping Harry around than releasing him to go find her promiscuous daughter. When Harry names his fee for taking the case, Arlene balks. “You can get cheaper,” Harry tells her. “But can I get better?” Arleen asks. Harry’s silence is telling. 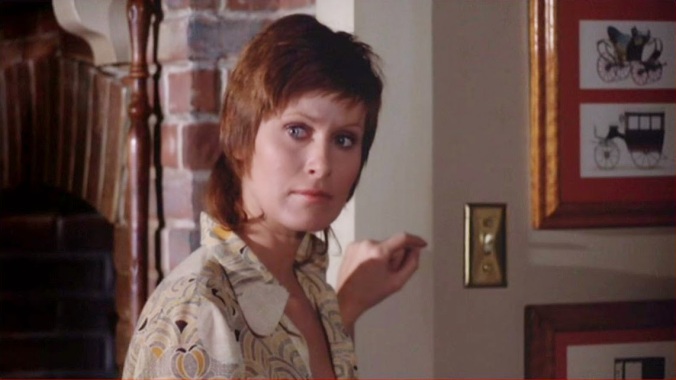 In many ways Harry is a very smart detective, but in others he’s about as sharp as a bowl of Jello. He learns early on that his wife Ellen (Susan Clark) is cheating on him, then congratulates himself for confronting Ellen’s lover (Harris Yulin). Harry was a former football star, a good enough player to still be recognized by most of the people he encounters. You’d think that type of recognition would bring him more clients. 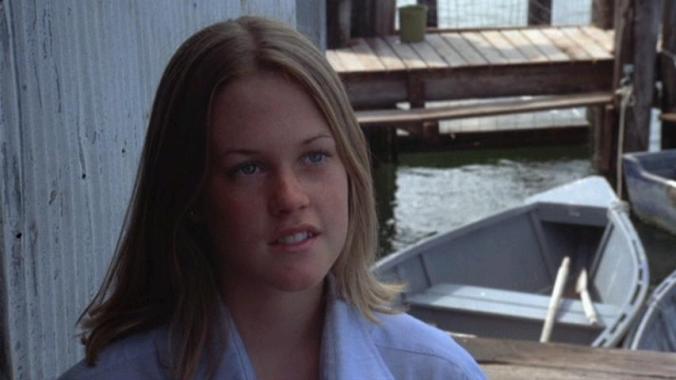 Yet the recognition – and some of his athletic prowess – brings him some interesting results. Harry has to get rough with a sleazy mechanic named Quentin (James Woods) who had a thing for Delly. Harry also learns more about Delly from a movie stuntman named Marv (Anthony Costello), who either bedded Delly, her mom, or both. It’s really not much of a spoiler to tell you that Harry eventually discovers that Delly is living in the Florida Keys with her stepfather Tom Iverson (John Crawford) and his partner, the aforementioned Paula. To no one’s surprise, Delly has no intention of returning to Los Angeles to be with her mother. 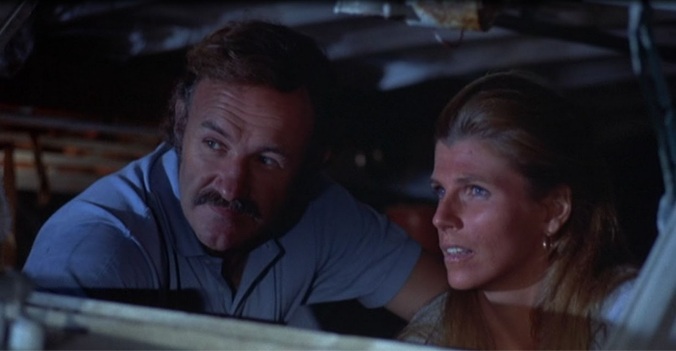 It’s at this point that the film really becomes interesting as Harry attempts to piece together Delly’s relationship to Tom and Paula as well as Tom and Paula’s relationship to each other. And is Paula interested in developing something with Harry? Her conversations vary from no-nonsense exchanges to cryptic late-night ramblings. Harry’s not exactly sure what she’s all about, but at one point he starts probing for answers. “You’re asking the wrong questions,” Paula responds. We realize that she’s talking about the big picture; we also realize that Harry doesn’t get it. 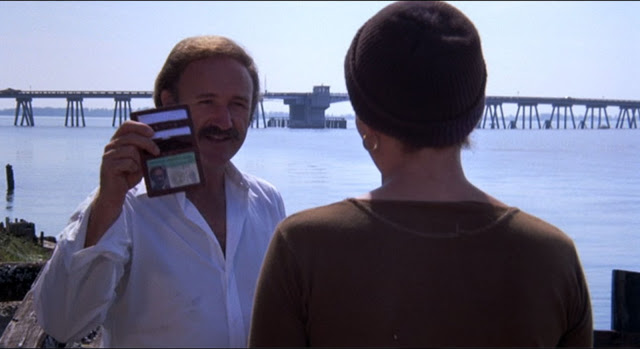 Night Moves is all about a detective who’s out of his element in so many ways. You could think of him as the classic film noir detective who gets lost in a labyrinthine case and can’t find his way out. Part of that comes from his own lack of identity. He’s no longer the football star he was years before, he can no longer maintain a close relationship with his wife, and he can’t see what’s right in front of him. The problem is that we can’t see it either. You can’t help feel from watching that movie that you’re just as smart – maybe smarter – than Harry is, but you can’t quite put the pieces together, which literally puts you in the detective’s shoes. I admit that I couldn’t put the pieces together and many other viewers have confessed the same thing. Night Moves isn’t so vague that you can’t figure it out, but don’t be surprised if you’re wrong about a few things (or everything) by the time the end comes.

All of the characters (with the possible exception of Tom) are well drawn and developed, just enough for us to know everything we really need to know about them. Each character is also interesting enough in his or her own right to justify their own feature film. Yet this is Harry’s film and one of Hackman’s finest performances from a career stacked with one great performance after another. Just watch how Hackman uses his eyes in this film. Just one look or a quick glance at something (or someone) conveys so much of Harry’s character. Hackman knows Harry so well that when he changes the tone of his voice or speeds up or slows down his delivery, you pay attention because he’s revealing something important about Harry’s character. It’s a brilliant performance that should get more attention. 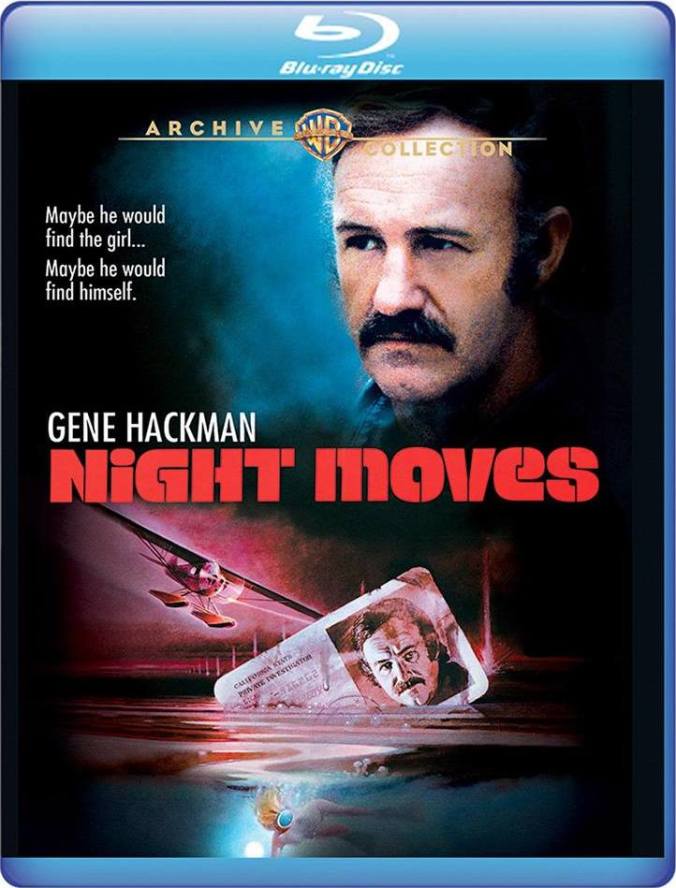 Roger Ebert wrote a positive review of Night Moves upon its initial release and praised it even further when he revisited it for his Great Movies series in 2006. It’s a spectacular film that – like everything else in the summer of 1975 – literally got eaten alive by the massive success of Jaws. No film could compete with that, but no other film has fallen into the abyss quite like Night Moves. (It’s ironic that both films share a similar underwater scene.) It’s time to rediscover this marvelous film and thanks to the new Warner Archive Blu-ray, it’s easier than ever to do so. I hope you’ll check it out.