If you’re new to my monthly Film Noir Releases posts, welcome! My goal is to cover all the first-time releases to Blu-ray and DVD, usually passing over reissues unless there’s a good reason to include them. Unless otherwise noted, these are all North American Region A Blu-ray discs. I often use the terms “film noir” and “neo-noir” rather loosely, so while you may quibble with some of my choices, I hope these are films you’ll at least consider. As always, if you know of any film noir or neo-noir films I’ve left out, please let me know in the comments below. And thanks for reading!

As far as new releases go, November 2017 isn’t exactly a barn burner… But Noirvember does offer a classic from Criterion, a nice UK Region B box set, and maybe a few other temptations for you. Let’s get started: 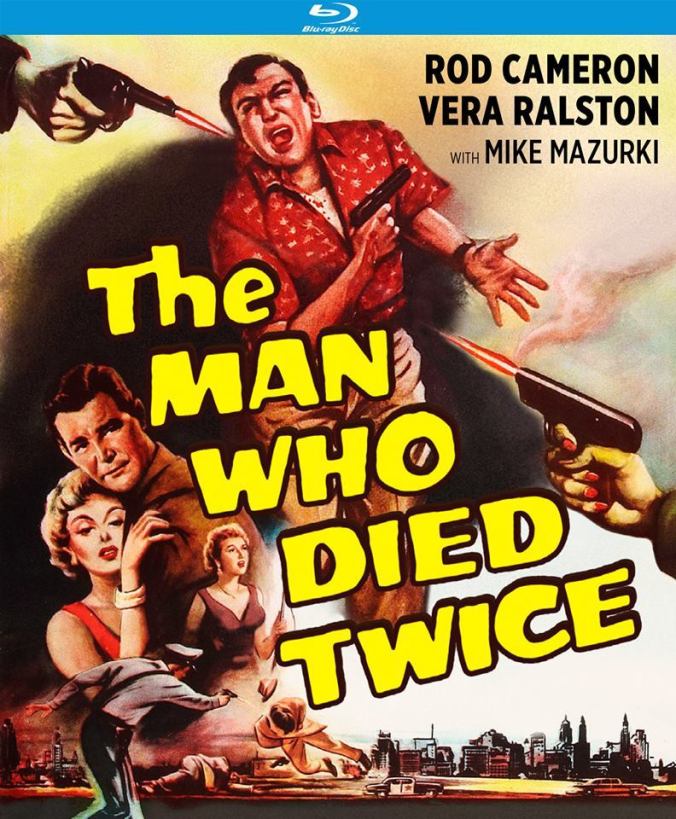 Kino Lorber is certainly getting the job done in November with five new noir/neo-noir releases. In the first, nightclub singer Lynne Brennon (Vera Ralston) is having a bad week. First her husband T.J. (Don Megowan) died in a car accident, then she witnesses two murders outside her apartment. As luck would have it (or not), T.J.’s brother Bill (Rod Cameron) is a policeman assigned to investigate the double murder. The film also stars frequent noir heavy Mike Mazurki. This was also former figure skater Ralston’s final film. The screenplay is by Richard Sarafian (Vanishing Point) with cinematography by Jack Marta (Spielberg’s Duel). This Kino Lorber release comes from a new 4K remaster and includes an audio commentary by film historian Toby Roan. I haven’t seen it, but I plan to pick this one up.

Another November 14 release from Kino Lorber: here’s Nightkill, the story of a love affair gone totally wrong. Katherine Atwell (Jaclyn Smith) plans to kill her husband (Mike Connors) and have her lover Steve (James Franciscus) take his place for a little misdirection while the body is hidden away. Police Lieutenant Donner (Robert Mitchum) comes around suspecting there’s some shenanigans going on. I’m a bit suspicious about this one… Other than the presence of Mitchum, this looks like it’s just one step above a TV movie, which might be okay. I’m going to proceed with caution and wait for a sale. This is a new remaster (2K? 4K? Doesn’t say…) and includes an interview with Jaclyn Smith and an audio commentary by film historians Howard S. Berger and Nathaniel Thompson.

This World, Then the Fireworks (1997) Kino Lorber

Yet another Nov. 14 release from Kino Lorber! After journalist Marty Lockwood (Billy Zane) flees Chicago after uncovering a bit too much about that city’s police corruption, he lands in California to visit his mother (Rue McClanahan) and her prostitute twin sister (Gina Gershon), with whom Marty gets a little too friendly… It gets weirder: the script is based on a Jim Thompson novella of the same name, written in 1955 (when the movie is set) put not published until 1983. Most audiences probably weren’t aware of this and if they had been, they would’ve known this would never be mistaken for a sanitized film. The movie also stars Sheryl Lee as a policewoman. The Blu-ray release includes separate interviews with director Michael Oblowitz and screenwriter Larry Gross.

This Jean-Pierre Melville classic has been available on various Blu-rays internationally, but Criterion’s November release marks the first time the film has been available domestically. Most people reading this post will already have seen Le Samourai, but if you’re a film noir fan and have never seen this one, go ahead and blind-buy it. You will not regret it. (To find out more, just click on the title and start reading.) The new Criterion release includes archival interviews with critic Rui Nogueira and film historian Ginette Vincendeau, clips from archival interviews with Melville, Alain Delon and others, the short documentary “Melville-Delon: d’honneur et de nouit” (Of Honor and Of Night), which focuses on the relationship between Melville and Delon, a leaflet with a David Thomson essay and an appreciation by John Woo. Face it: this is a must-own.

Michael Caine plays Henry, a burglar who enters a rehab facility in order to get closer to a patient he wants to rob. (Seems like an awful lot of trouble…) No matter. Henry gets lured into a heist scheme with Giovanna Ralli and Eric Portman. By all accounts the film moves from a heist film into a psychological sexual thriller. If you’ve seen it, please let me know your (spoiler-free) thoughts. 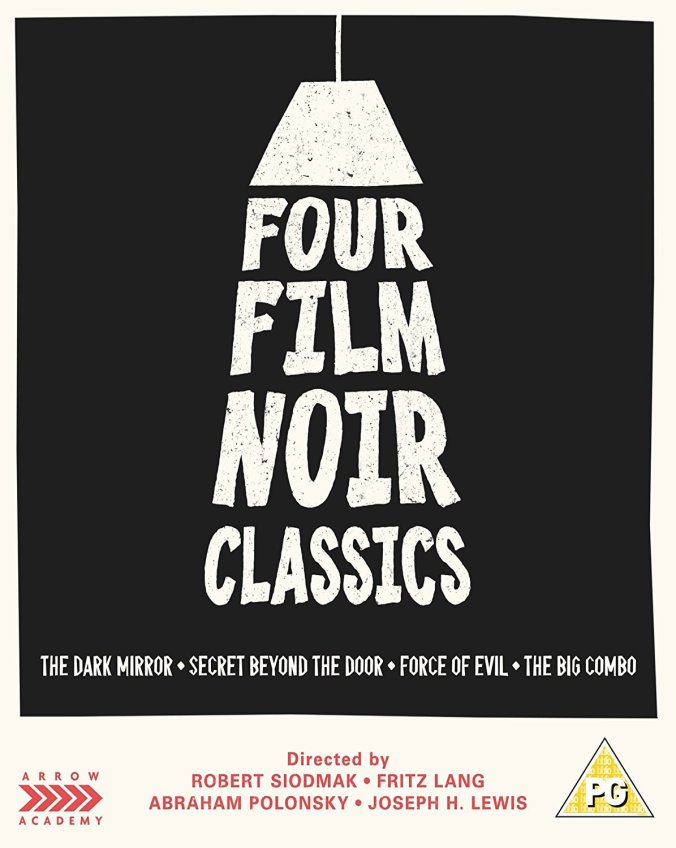 Secret Beyond the Door (1947) Fritz Lang 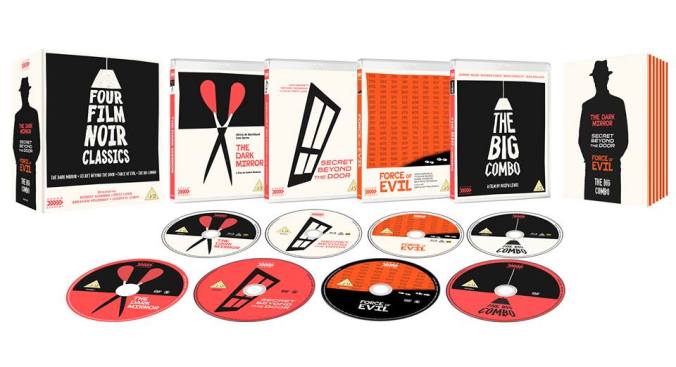 These are all good solid noir titles. I think Force of Evil is probably the best of the four, but The Big Combo is maybe just as good. If you live in North America, you probably know that all of these films have been previously released by Olive Films but without supplements. This set does include commentaries on each film, including Eddie Muller on The Big Combo, so I may have to pick this up and sell off my individual discs. You can find out more about the supplements here. If you don’t already own these films, you should. 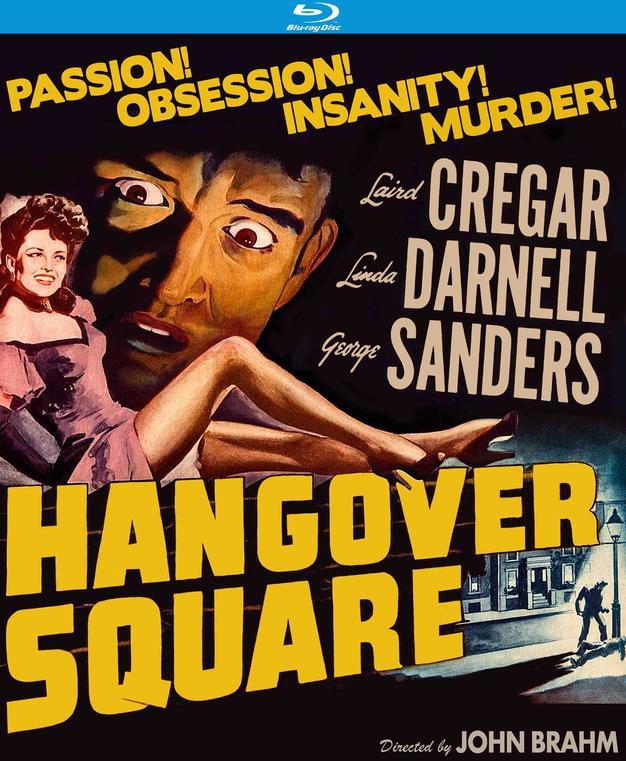 Kino brings us another of director John Brahm’s gaslight noir pictures starring Laird Cregar and George Sanders, having released The Lodger (1944) last year. In Hangover Square, Cregar plays composer George Harvey Bone, who’s very sensitive to discordant sounds. During such periods, Bone is susceptible to periods of amnesia, during which he could possibly have committed some very nasty murders. This is also the film that famously ended Cregar’s life: the actor went on a crash diet for the role and eventually suffered a fatal heart attack at the age of 31. 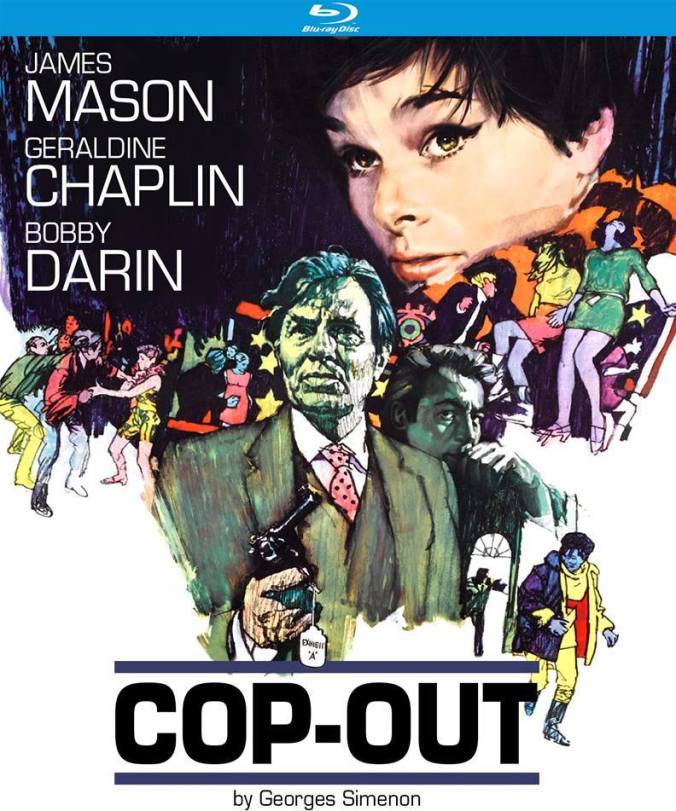 James Mason plays John Sawyer, a defense lawyer whose wife left him 15 years earlier, which means he’s more concerned with booze than looking after his daughter Angela (Geraldine Chaplin). Yet Sawyer doesn’t approve of Angela’s ruffian friends Barney (Bobby Darin) and Jo (Paul Bertoya). One of these guys (I won’t tell you which one) is murdered and the other is framed for it. Sawyer decides to clean up his act, defend the accused, and win back the respect of his daughter. From what I’ve heard, this film tries way too hard to be hip with actors far too old for their roles. I think I’m going to pass on this one. A trailer and English subtitles appear to be the only special features here.

Again, somewhat slim in November, but be sure to pick up the Le Samourai, the box set (if you live in the UK or have a region-free player) and maybe a few other titles. As always, if you know of anything I missed, please let me know in the comments section. Happy Noirvember!