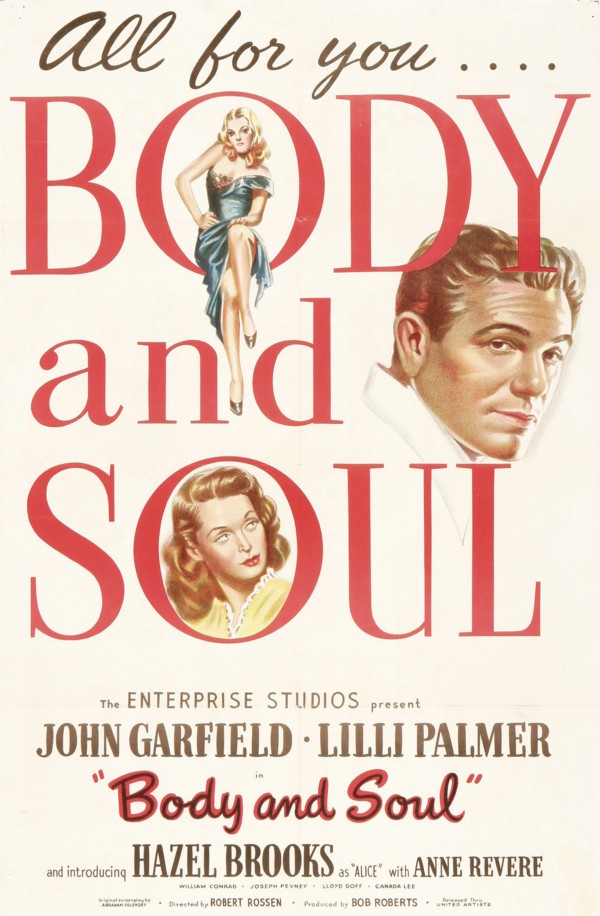 Body and Soul is often cited as one of the best and most important films about boxing, but if that’s all you take away from the film, you’re missing a great deal. The excellent screenplay by Abraham Polonsky begins with middleweight boxing champ Charlie Davis (John Garfield) preparing to defend his title against a young up-and-coming fighter. Davis’s slimy promoter (Lloyd Gough) tells him he must throw the fight or he’s finished. What led to this awful situation? We find out, thanks to film noir’s best friend, the flashback. 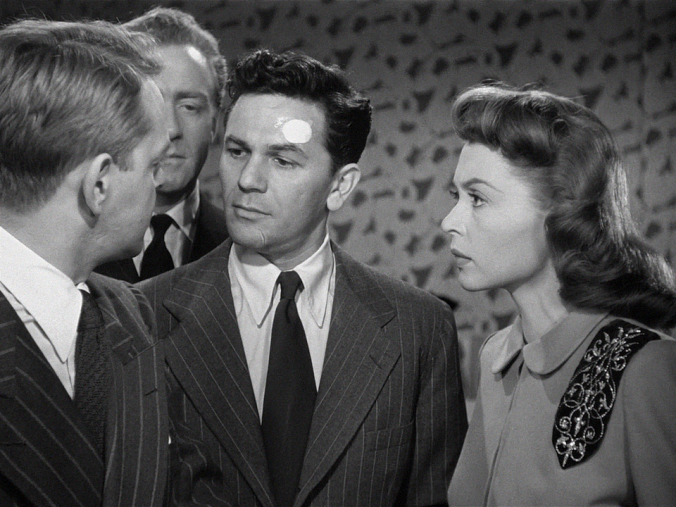 Francis Lyon and Robert Parrish won the Oscar for Best Film Editing with this film and deservedly so, but the movie also boasts cinematography by James Wong Howe, excellent direction by Robert Rossen, and wonderful performances by the entire cast which includes Garfield, Lilli Palmer, William Conrad, Joseph Pevney, Lloyd Gough, Hazel Brooks, and Art Smith in a cameo. Polonsky’s script weaves issues of corruption, greed, social commentary and much more without ever getting preachy. Don’t be surprised if you find yourself holding your breath for the last 10 minutes. Body and Soul is a great way to start your Noirvember.