If you’re new to my monthly Film Noir Releases posts, welcome. My goal is to cover all the first-time releases to Blu-ray and DVD, usually passing over reissues unless there’s a good reason to include them. Unless otherwise noted, the following are all North American Region A Blu-ray discs. I often use the terms “film noir” and “neo-noir” rather loosely, so while you may quibble with some of my choices, I hope these are films you’ll at least consider. As always, if you know of any film noir or neo-noir films I’ve left out, please let me know in the comments below. And thanks for reading.

Let’s face it: the pickings are quite slim in December, but after the holidays, who really has any money anyway? Yet December does offer at least one must-own disc and an epic collection for those who have a Region B or region free player. So let’s get started:

I mentioned this set back in October, but a collection this good bears repeating. Melville: The Essential Collection includes six movies on six Blu-rays and one DVD of special features. Those films are: Le Doulos, Bob le flambeur, Léon Morin, Priest, Le Cercle Rouge, Army of Shadows, and Un Flic. The DVD includes a documentary on Melville and the short film 24 Heures de la vie d’un clown. No, it’s not everything Melville directed, but it’s quite a lot and for anyone who’s seen even one of the director’s films, the collection is essential. You can read more about this release here. 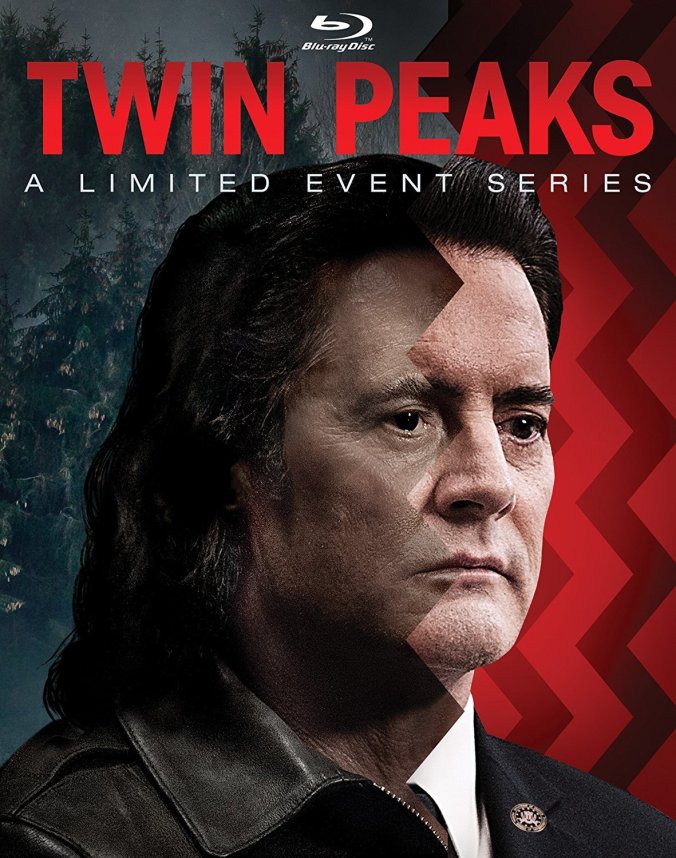 Whatever you think of Twin Peaks, even the most casual viewer will acknowledge the show contains at least some film noir roots, so I’m including it here. I’ll be perfectly honest: I am currently struggling with the second season of the show but have heard so many great things about this 2017 incarnation – which takes place 25 years after the events in the first two seasons – that I definitely will want to check this out. You can find complete information on the release here. 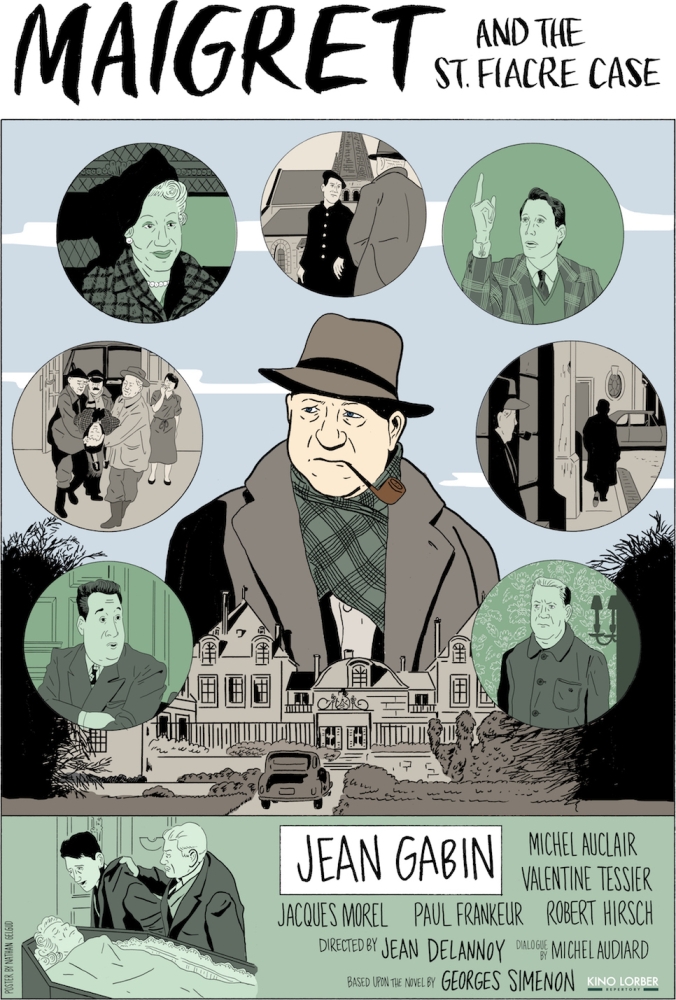 Author Georges Simenon penned nearly 200 novels and more than 150 novellas with 75 of those novels (and 28 short stories) featuring French police detective Jules Maigret. The listings of films and TV shows featuring Maigret are practically endless, but Kino Lorber has chosen to release two Maigret films, both starring Jean Gabin, both directed by Jean Delannoy. In the first, Maigret investigates why a happily married man would want to murder women under the cover of the night. In the second film, a countess summons the inspector to her château to show him an anonymous letter stating the day she will die.

Total disclosure: I’ve never read a Maigret story or watched one of the many TV/film adaptations but I’ve been aware of the character for many years. I’m not sure how much noir interest these films hold (probably very limited), but I thought they’d be worth a look, especially considering they both star the great Jean Gabin. If you’ve seen them (or any of the other adaptations), please feel free to weigh in. 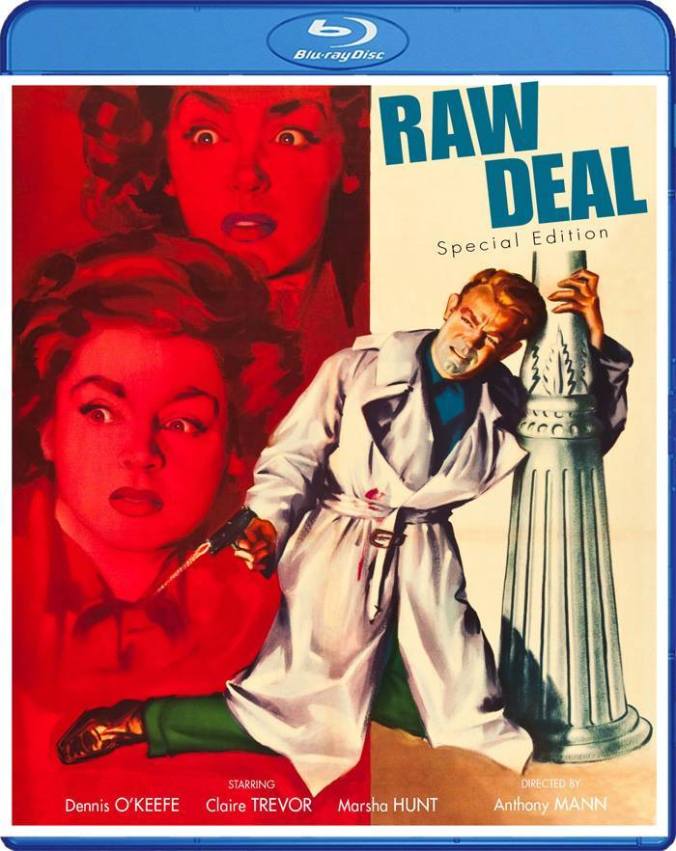 The good news is Joe Sullivan (Dennis O’Keefe) is about to be sprung from prison after taking the rap for a robbery he didn’t commit. The man who’s going to bust Joe out of prison? Rick Coyle (Raymond Burr), the guy who did commit the crime. The bad news is the plan seems too good to be true and is. Joe might’ve done better remaining in stir. The film features a great cast which also includes Claire Trevor, Marsha Hunt and John Ireland.

ClassicFlix is absolutely nailing it this year with superb film noir releases. I recently watched their releases of T-Men (1947) and He Walked by Night (1948) and they’re both amazing, two of the best releases of 2017. It looks like Raw Deal – another Anthony Mann/John Alton collaboration – will be just as impressive. Like these previous noir releases, the extras include contributions by some great noir experts including Alan K. Rode, Julie Kirgo, Jeremy Arnold, Courtney Joyner, as well as a booklet featuring an essay by Max Alvarez and graphic design work by Michael Kronenberg. You can read more about those supplements here. Trust me, this is a must-have.

Michael Caine plays Mickey King, a pulp writer hired to ghost-write the autobiography of a dying celebrity, but the job turns out to be harder than King anticipated. Although the three Mikes – Michael Caine, writer-director Mike Hodges, and producer Michael Klinger – were also responsible for Get Carter (1971), Pulp looks to be a looser, funnier, more wheels-off venture into noir. I haven’t seen it (I imagine few people have), but I plan to pick it up. With a new 2K restoration, the disc’s extras include separate interviews with writer-director Hodges, cinematographer Ousama Rawi, assistant director John Glen, and Tony Klinger, son of producer Michael Klinger.

ClassicFlix isn’t done with 2017 releases just yet… Although Tomorrow is Forever is probably more of a romantic drama than a film noir, I think it probably contains enough noir elements to pull you in. Set in Baltimore just after World War I, Elizabeth MacDonald (Claudette Colbert) gives birth to a son, fathered by her husband John (Orson Welles) who was killed in the war. She marries another man (George Brent) and years later discovers that a stranger looking a lot like John wants to become involved in their lives. This RKO picture also features Natalie Wood’s first credited screen appearance.

Again, not an awful lot going on in December, but all of these releases have their merits. Definitely pick up Raw Deal and the Melville set if you’re Region B or region-free. Stay tuned: I plan to report soon on what I think are the best film noir releases on DVD and Blu-ray in 2017.