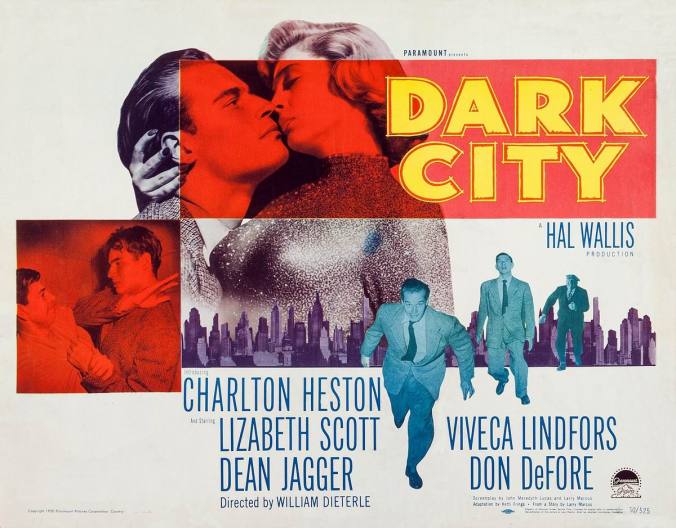 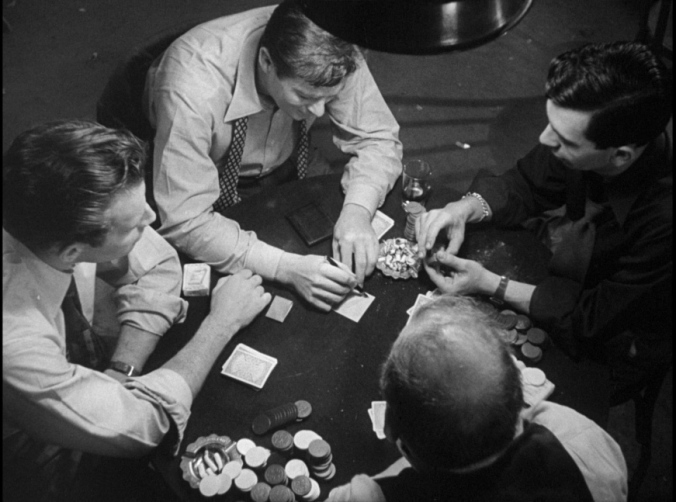 Danny Haley (Charlton Heston, in his first major screen role) and his hustler buddies (Ed Begley and Jack Webb, with Harry Morgan hanging around) target a man named Winant (Don DeFore) in a poker game. Winant does well during his initial game, then gets into trouble when he returns the next night. Big trouble. Things get so bad that Winant’s brother comes around looking for the the gang of hustlers. 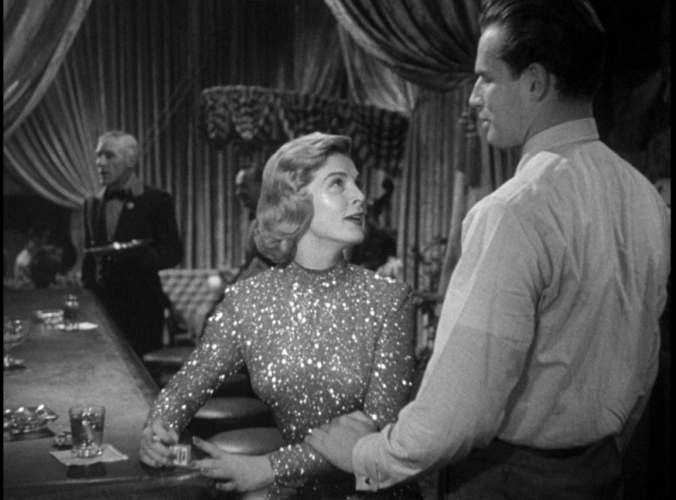 Dark City doesn’t exactly boast the greatest script in the world, but the film is loaded with a great cast including Lizabeth Scott as Haley’s nightclub singer girlfriend, as well as Dean Jagger as a police captain. Need more convincing? How about music by Franz Waxman and costumes by Edith Head? 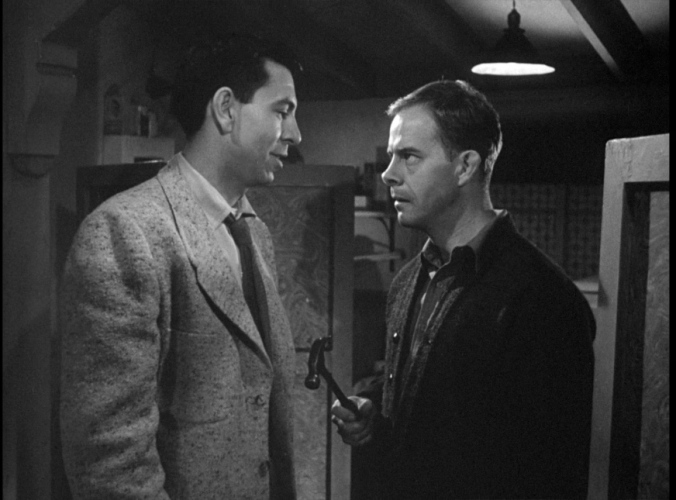 I’ll admit I got very tired of seeing Lizabeth Scott (dubbed by Trudy Stevens) singing a number nearly every time a scene changed, but I really enjoyed watching Heston playing something other than a noble hero. Haley is a con man, but a low-level one, which makes him all the more interesting, far more so than many of Heston’s later roles. I wish we had seen him portraying more characters like this, but I guess someone had to be Moses… It’s also fun seeing Webb and Morgan working together years before they’d reunite in far different roles in the TV show Dragnet. Dark City might cover pretty familiar ground, but it’s done well with some nice performances. Check it out.

Next: Like Harry Morgan? You’re about to see him again, this time as a photographer…