Noirvember 2017 is almost over… For the third consecutive year I watched and commented (sometimes briefly) on one film noir each day during the month. (You can read about my 2015 and 2016 Noirvember adventures if you so desire.) For 2017 I decided to watch only films that were new to me (plus two bonus episodes that were rewatches) and stayed mostly within the bounds of the classic noir era 1940-1959, straying just a couple of times.

Now for some nerdy statistics for those who enjoy such things…

The distribution of years goes as follows:

Clearly I was in a 50s mood, which is certainly not a bad place to be. I chose a fairly wide selection of studios, but the best represented were Warner Bros. (not counting their RKO and MGM acquisitions), Paramount, and United Artists with three films each, and a whopping 11 films from Columbia. Three films appeared with “dark” in their titles: Dark City, The Dark Mirror and The Dark Past. All were in black-and-white and with the exception of the French film Two Men in Manhattan, all were in English. The shortest ran for just 69 minutes (Jeopardy), the longest at two hours and three minutes (Experiment in Terror). 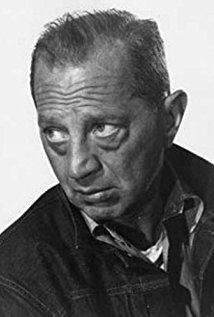 Enough nerdy stuff already; let’s get to the movies themselves:

Even the worst of the films I saw were still pretty enjoyable. I’d recommend them all for at least a look. Others have already become favorites. Keep an eye out for my Best of 2017 lists, which will include films by decade as well as a separate film noir list. In the meantime, I hope I’ve given you at least one film noir to investigate. If you do see one of the films on this list, let me know your thoughts. Happy viewing!