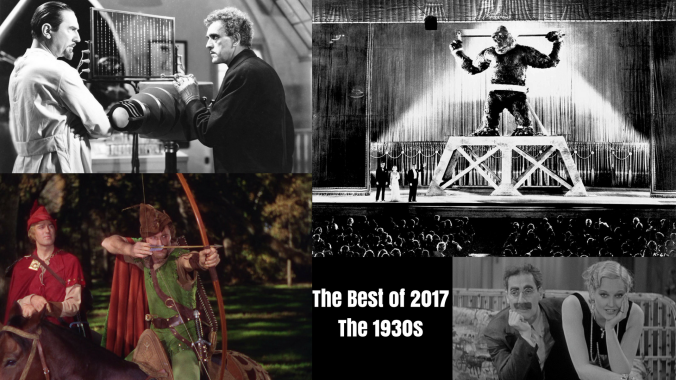 Like the silent films in yesterday’s post, movies from the 1930s remain something of a blindspot for me. As you’ll notice from this list, most of these films are horror-based. (Those that are more noir-stained will be included in my film noir list.) I hope to see more 1930s films in 2018 and not just horror. But for 2017, these were the best films I saw from the 30s, all for the first time. 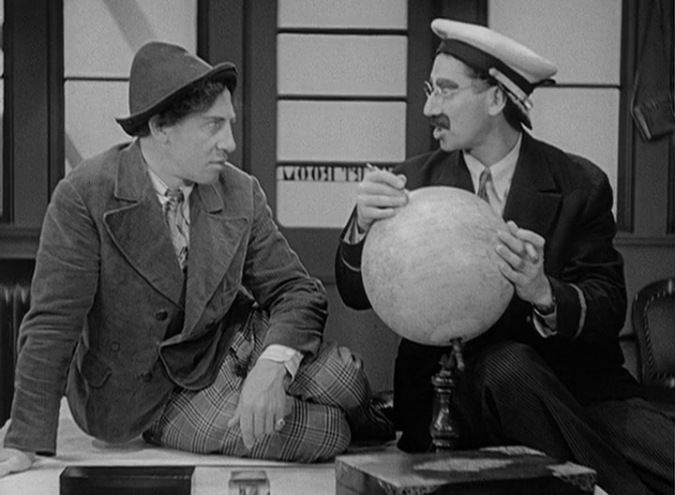 I plan to screen this at our Great Movies series at the Severna Park Library in 2018, so I’m going to keep it simple for now. In short, don’t be a dope like me and put of seeing this wonderful film, one of the greatest, most spectacular adventure movies of all time presented in glorious Technicolor with a superb cast including Errol Flynn, Olivia de Havilland, Basil Rathbone, Claude Rains and many more.

The classic story of a scientist conducting experiments on animals at a remote South Seas island is familiar and still holds up quite well with a great performance by Charles Laughton as Dr. Moreau. Although H.G. Wells hated this film adaptation, it’s still great fun and retains many of the novel’s unsettling themes. 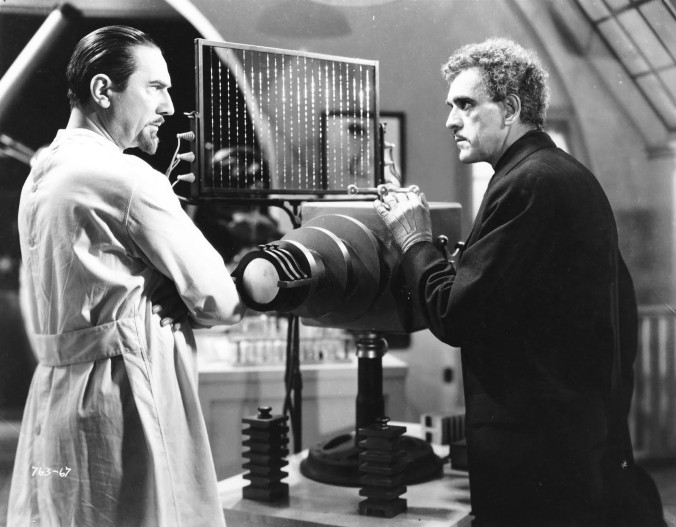 A film I first heard about on the Attaboy Clarence podcast, The Invisible Ray is a very strange affair… Astronomer Janos Rukh (a curly-haired Boris Karloff) invents a telescope that can look into space and photograph light rays revealing images from Earth’s ancient past. Rukh invites skeptical scientists Benet (Bela Lugosi) and Stevens (Walter Kingsford) to accompany him on an expedition to Africa to find a meteor that landed there thousands of years ago. Why? Rukh believes the meteor contains Radium X, an element of remarkable healing powers. Things get pretty weird and, as frequently happens when they’re paired, Karloff outshines Lugosi, but both are excellent. The film is rarely talked about today, but it should be. You can track it down on the Universal Bela Lugosi Collection DVD (which also includes several other films worth having) set as well as on a single disc from Universal’s Vault series.

I probably saw this classic as a kid, but it’s been so long this might as well be my first viewing. Absolutely stunning in 1933 and in 2017, an amazing achievement and a must-see. The film has lost very, very little of its power. Try it and I guarantee you’ll fall under its spell.

Touching pre-Code story of American soldier Roy Cronin (Douglass Montgomery) in WWI London who meets another American, Myra Deauville (Mae Clarke) during an air raid. Roy falls for Myra, not realizing that she’s a prostitute picking up men on the Waterloo Bridge. Their relationship scenes are quite good, more than making up for some pretty thin ancillary moments. Look for Bette Davis in a couple of scenes.

The only ballots you’ll find in Bullets or Ballots are those talked about, which is good news. You’ll find plenty of bullets, though… What else would you expect from a film starring Edward G. Robinson, Humphrey Bogart and Barton MacLane? Robinson plays Johnny Blake, a New York City cop, once notorious for nabbing racketeers, who’s been given the boot thanks to a new budget-slashing police commissioner. Crime boss Al Kruger (MacLane) brings Blake in to use his expertise in avoiding the cops, paying him far more than he ever made with the police department. But Kruger’s right hand man Bugs Fenner (Bogart) doesn’t trust Blake. Another great Warner Bros. gangster flick with an outstanding cast including Joan Blondell as a woman running a numbers racket.

Bela Lugosi actually gets the best of Boris Karloff, as Lugosi plays a former surgeon causing all sorts of havoc by using the torture devices spelled out in Edgar Allan Poe’s literary works. Boris Karloff is the recipient of a quite unfortunate surgical procedure. Very nice atmospheric and effective little film (although with a little too much screaming from Irene Ware). 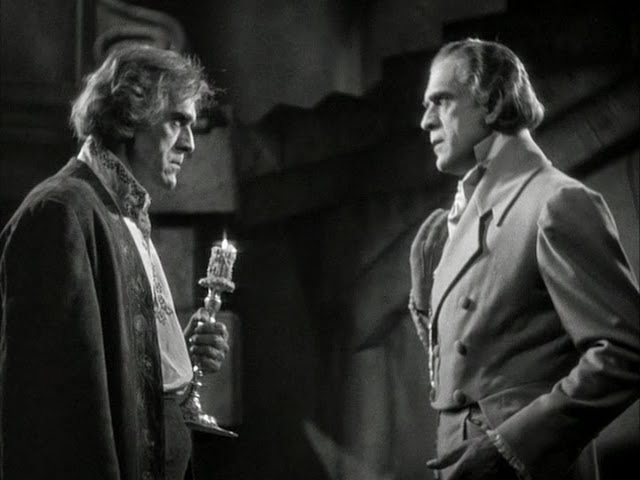 In late 19th century Austria, twin boys are born to a baron and his wife, but the celebration ends when a prophesy determines that the younger Anton will kill the older Gregor in the castle’s “black room.” To avoid this, the room is bricked up so that Gregor will always be safe, at least from Anton. Years later the twin boys grow up to be… Boris Karloff!

Anton left the castle years ago, returning to visit his brother Gregor, who has turned into a sadistic, murdering ruler of the peasantry. The locals have had just about enough of Gregor’s shenanigans and force him to abdicate so that Anton can rule. You can see where this is going, but it’s a lot of fun getting there. The style and art direction aren’t up to the level of some of the Universal monster films, but it’s quite good. It takes awhile for things to get going, but not only do we get Karloff playing two roles, but three as one of the brothers (I won’t tell you which, but it’s not hard to guess) pretending to be the other. If you’ve ever doubted Karloff’s acting ability, just see The Black Room, which also features a nice scene with Gregor pontificating on the pleasures of pears.

That’s it for my movies from the 1930s, but again, don’t be surprised if some films from the decade show up in later posts. Next time: the 1940s.