Although I recently reported the slim pickings in April, I’ve uncovered a few more March releases for your consideration. For the March listing, I included Don’t Bother to Knock (1952), which has been updated to include the correct cover for its March 20 Twilight Time release. “We’ve got a right to climb out of the sewer and live like other people.” In Sam Fuller’s marvelous revenge noir Underworld, U.S.A., Tolly Devlin (Cliff Robertson) dedicates his life to tracking down the four men who killed his father. Devlin goes so far as to land himself in jail in order to get close to one of the killers, but this is just the beginning. Robertson delivers one of his finest performances making us wonder if we, in the place of Devlin, might follow the same path of revenge. This Twilight Time release (limited to 3,000 copies) includes the featurettes “Sam Fuller: Storyteller” and “Martin Scorsese on Underworld, U.S.A.” as well as an isolated music track and the original theatrical trailer.

As far as I can tell, the following have never had a DVD release in any country and are all available right now on DVD/MOD from Warner Archive: 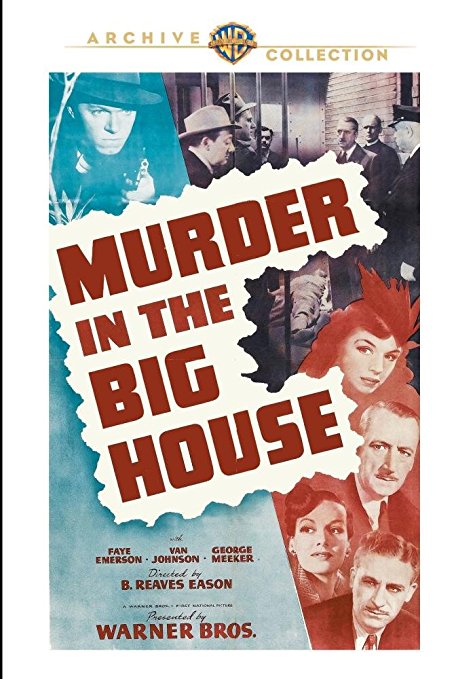 When a death row inmate is “accidentally” killed before his scheduled execution date, several newspaper reporters get suspicious. Eager young reporter Bert Bell (Van Johnson) desperately wants to uncover the mystery, despite the fact that the story’s already been assigned to “Scoop” Conner (George Meeker).  The film also features Faye Emerson in an early starring role, but for Van Johnson this was his first credited screen appearance. Johnson, of course, became a big star and Emerson went on to marry Elliott Roosevelt, son of President Franklin D. Roosevelt. In order to cash in on both actors’ time in the spotlight, Warner Bros. rereleased the film in late 1945/early 1946 as Born for Trouble. I haven’t seen it, but Johnson and Emerson are probably the main reasons to pick this one up, a quick B picture clocking in at only 59 minutes. 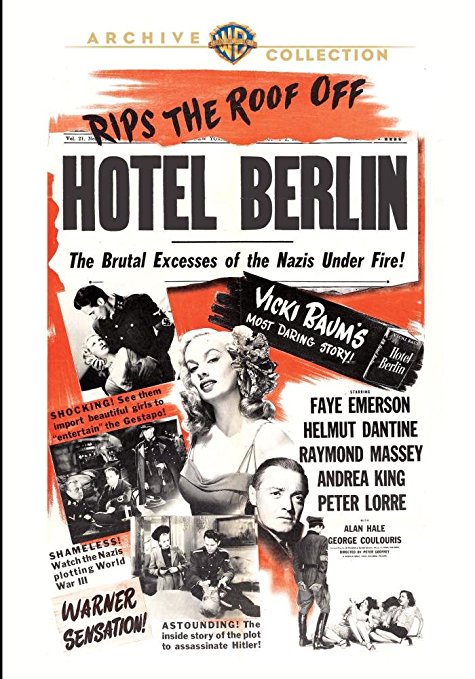 It’s Faye Emerson month at Warner Archive! This time Emerson plays a “hostess” at a Berlin hotel near the end of World War II. The film (often called “The poor man’s Grand Hotel) follows the stories of various people as they interact with one another at the hotel. You’ve got Nazi officials, a fugitive resistance fighter, a conscience-stricken scientist, a bellhop spy, and much more. Besides Emerson, the cast includes Raymond Massey, Helmut Dantine, Andrea King, Peter Lorre, Alan Hale, George Coulouris, Henry Daniell and more. Need more convincing? How about a Franz Waxman score? Reserve a room for me, please.

On the run from the law for stealing a dead woman’s money and wedding ring, Ronnie Mason (Zachary Scott) – a liar, thief and all-around scoundrel – picks stenographer Hilda Fenchurch (Faye Emerson for the month’s trifecta) as his next victim of love and deception. Yet when Mason discovers Hilda’s younger sister Anne (Mona Freeman) stands to inherit the family fortune, he drops Hilda for Anne. How far will Hilda go to save her sister? Danger Signal seems like something of a dress rehearsal for the character Scott played a few years later in Mildred Pierce. Although Mildred Pierce is a much better film, Scott and Emerson do fine work here. The film is also notable for some impressive cinematography by the legendary James Wong Howe.

That should do it for the March addendum, but if any other titles slip in, I’ll be sure to let you know. Happy viewing!