This past weekend, the AFI Silver Theatre and Cultural Center in Silver Spring, Maryland launched a series called Directed by Michael Curtiz, running March 17-25. Alan K. Rode, author of Michael Curtiz: A Life in Film, was on hand to introduce The Breaking Point, The Adventures of Robin Hood, The Sea Wolf, and to participate in a panel discussion with Meredith Hindley (Destination Casablanca) and Noah Isenberg (We’ll Always Have Casablanca) on Casablanca. I was able to attend yesterday’s screening of The Sea Wolf, a film I saw and reviewed back in January.

In his introduction, Rode talked about the frequent discussions he had over the years with George Feltenstein of the Warner Archive. “When’s The Sea Wolf coming out?” Rode would ask. “We’re still looking for the 14 minutes that were cut from the film,” Feltenstein would reply.

14 minutes cut from a Michael Curtiz film? How? Why? When The Sea Wolf was initially released, Curtiz was in the middle of an amazing run of great films in addition to The Sea Wolf, including The Adventures of Robin Hood, Four Daughters, Angels With Dirty Faces, Dodge City, The Sea Hawk, Yankee Doodle Dandy, and of course, Casablanca. Jack Warner had tapped Mervyn LeRoy to direct The Sea Wolf with Paul Muni playing the role of the sadistic captain Wolf Larsen. Warner was very impressed with Muni, remarking that the actor could play practically anyone “except Beethoven. Who wants to see him as a blind composer?” 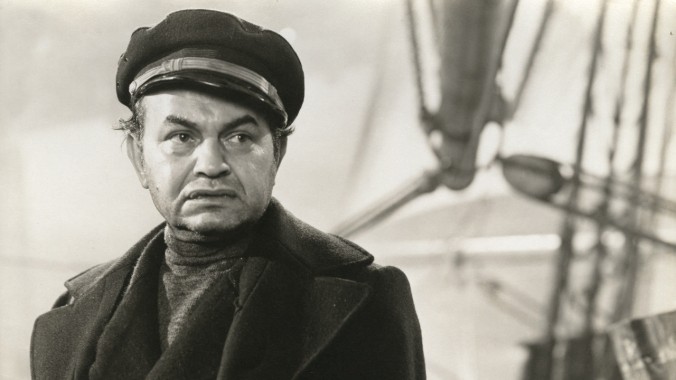 Jack Warner’s musical confusion aside, he picked Edward G. Robinson for the role of Larsen, although Warner was in the process of edging Robinson out at the studio (Robinson left in 1942), feeling the actor was getting old and no longer a box office draw. Robinson, a member of the Hollywood Anti-Nazi League, jumped on the role, considering Larsen’s character a Nazi in everything but name, and delivered a stunning performance. 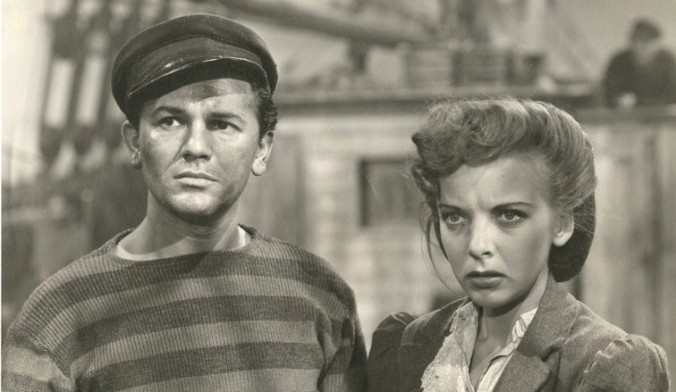 After George Raft turned down the role of George Leach, thinking it little more than a bit part, John Garfield gladly took the role and enjoyed a good relationship with Curtiz. (They would work together again in 1950’s masterful noir The Breaking Point.) The supporting cast was hand-picked by Curtiz and included Ida Lupino (playing an escaped convict rather than a prostitute, as the character was originally written), Alexander Knox, Gene Lockhart, Howard Da Silva, and Barry Fitzgerald as the repellent informant, about as far as you can get from his amiable role in The Quiet Man (1952).

Curtiz kept telling Jack Warner and the publicity department that he was shooting a rousing, swashbuckling sea adventure when in fact he was giving them an anxiety-filled, dread-laden dark tale of troubled souls, both dreary and claustrophobic. The reviews were positive and in 1947, Warner Bros. rereleased the film with The Sea Hawk as a double feature. To help sell the double bill, both films were trimmed, including 14 minutes from both the release print and the camera negative of The Sea Wolf. So when George Feltenstein kept telling Rode, “We’re looking for the 14 minutes cut from the film,” he wasn’t kidding. John Garfield had a complete copy of the film on 16mm, which would’ve been clearly problematic to try to combine with a 35mm film for restoration purposes. Thankfully New York’s Museum of Modern Art discovered a full print in their archives and the film was restored in 2017 and is available on Blu-ray from the Warner Archive. 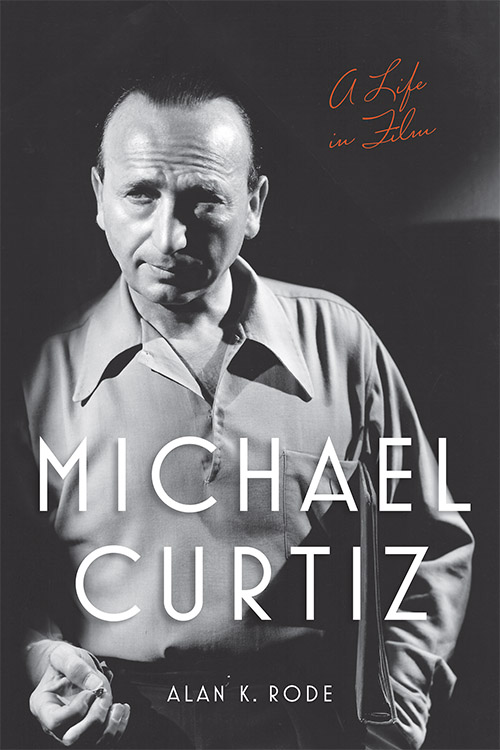 I was fortunate to talk with Rode before the screen of The Sea Wolf. I’d just picked up a copy of the Michael Curtiz book from him and asked him the inevitable question asked of any writer, “What’s next?” Of course Rode is a central figure in the Film Noir Foundation and will be attending many of the Noir City festivals this year including Noir City Hollywood (April 13-22), Noir City Austin (May 19), the Michael Curtiz Film Retrospective at Chicago’s Music Box Theatre (June 9-10), and the Arthur Lyons Film Noir Festival in Palm Springs, CA (May 10-13). He’ll also be recording some introductions for TCM and soon recording another commentary for an upcoming film noir Blu-ray/DVD.

And if you haven’t already done so, you should pick up the John Alton Film Noir Collection from ClassicFlix, which includes extras by Rode and others for three outstanding classics: T-Men (1947), He Walked by Night (1948) and Raw Deal (1948).

“How about your writing?” I asked. Rode lifted the nearly 700-page Curtiz book and said, “This took me seven years,” but mentioned that he does have a few ideas he’s working on. I was able to read a couple of chapters of the book last night and I can assure you this: if you have any interest in classic films, you must read this book. Rode’s research is tremendous and his prose reads like a dream. Trust me, you need this book.

One thought on “Directed by Michael Curtiz – at the AFI Silver”