May is moving quite a bit slower than usual, but I’ll eventually start lining up more viewing possibilities for you. In the meantime, here are a few films I saw early in the month. I hope you’ll find at least one or two to investigate (or avoid, as the case may be):

END_OF_DOCUMENT_TOKEN_TO_BE_REPLACED

“Tell the Truth.” That’s the text of the framed needlepoint hanging in the office of the Albuquerque Sun-Bulletin where Chuck Tatum (Kirk Douglas) is seeking to make his comeback, looking for a return ticket to the big city newspapers who wouldn’t put up with his style of “extreme sport” journalism. The audience at last night’s showing of Ace in the Hole – part of The Great Movies series at the Severna Park Library – met Tatum last night and if you want me to tell the truth, I don’t think Tatum made many friends. But then again, maybe he did.

END_OF_DOCUMENT_TOKEN_TO_BE_REPLACED

There are few things in life I love more than introducing a good – maybe even great – film to someone who’s never seen it before, someone whom I think will appreciate and tell others about it. In many ways, I have the best job in the world since I’m able to share two of my passions with people: reading and movies. I had the opportunity last night to screen Christian Petzold’s Phoenix (2014) to a group of 30 people. You never quite know until it’s over whether the audience will like a film, especially when you’re showing an international film with subtitles. Would they like Phoenix? Did they like it?

END_OF_DOCUMENT_TOKEN_TO_BE_REPLACED 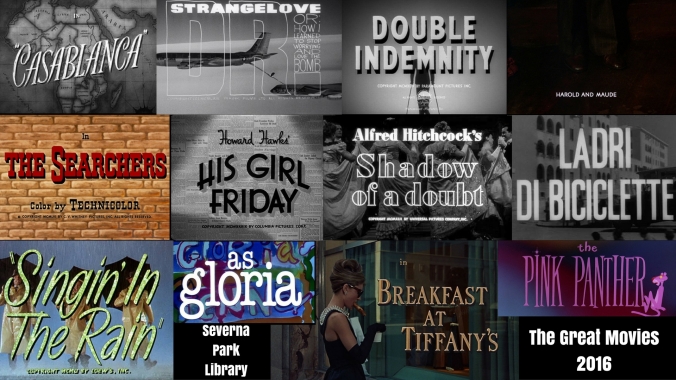 We had a spectacular year at the Severna Park Library in 2016 with our series The Great Movies, which kicked off in January. My co-worker Julia and I believed this would be an enjoyable monthly event for our patrons, showing an important movie each month, and discussing it afterward. It certainly succeeded beyond our wildest dreams.

END_OF_DOCUMENT_TOKEN_TO_BE_REPLACED

September was a bear. Not only was it your typical frantic/insane atmosphere around here, we also suffered an unexpected death in the family, so the number of films watched is far below normal. I also completed one TV series in September and made significant progress on two more. Although some of my entries are very abbreviated, here’s what I watched in September:

END_OF_DOCUMENT_TOKEN_TO_BE_REPLACED

My co-worker Julia and I were a little concerned. Last night we were showing our first non-English language film in our Great Movies series, it was a mild summer night when most people would be outside enjoying the weather, and a lot of people are still on vacation. Yet we were delighted to have an audience of 28 in attendance for Bicycle Thieves (1948). 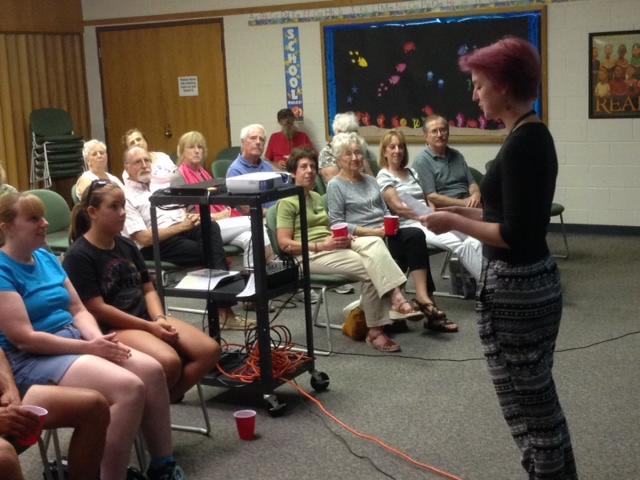 Julia asked how many people had never seen the film before last night and almost every hand went up. She led a great discussion about how the film was perceived among Italian audiences compared to American audiences, De Sica’s neorealism, the use of untrained non-actors, and more. Audience members brought up the differences between characters and their dialects, the rebuilding of post WWII Italy, the relationship between Antonio and his son Bruno, any many other topics.

I think I can speak for Julia in saying that we’re both very pleased that so many people came out to take a chance, so to speak, on an international film with subtitles that on one level is easy to grasp, but on another is challenging in its realism and worldview. We’ll have another movie for you next month on Thursday, September 1 at 6:30pm. I can’t tell you the title, but it involves umbrellas and vocals.

I’ve been playing catch up since vacation and you’ll see a couple of vacation movies here in Part II. If you missed Part I, you can find those movies here, and Part III is on the way.

END_OF_DOCUMENT_TOKEN_TO_BE_REPLACED

Last night marked the six-month (oops – actually seven-month) anniversary of our Great Movies series at the Severna Park Library and it was our largest crowd yet: 45 people in attendance. For the first time, we had people arriving quite early, asking when we were going to open the doors. Ten minutes before the movie started, we had more than half the seats filled.

END_OF_DOCUMENT_TOKEN_TO_BE_REPLACED

Things have been pretty busy around here lately, so May looks to be a rather light month. But we do what we can. Here are some of the films I watched during the first half of May.