What? Noirvember is over? Not around my house! Here’s a look at a very interesting book on TV noir.

Did you make any movie resolutions for 2019? I did. How are yours going? Here’s my mid-year report.

The TV series Chance was recently cancelled by Hulu after two seasons and having only seen the first, I think I know why. The cancellation probably had little to do with the show’s quality, but rather with its being misunderstood. Chance is totally noir, completely disturbing and dark, dark, dark. Yet many of what we’ve come to accept as typical noir trappings – shadows, chiaroscuro lighting, rain-soaked streets, darkened alleys – have become so caricatured we often find it difficult to identify noir by any other touchstones. Chance is noir of the soul, a deep examination of desires and motives, actions and consequences, risks and death. Total noir.

END_OF_DOCUMENT_TOKEN_TO_BE_REPLACED

It may seem that September offered a lower-than-usual number of movies, but when you consider that I actually watched four seasons of TV (I previously discussed The Night Of and Alfred Hitchcock Presents Season One), I saw quite a lot. In order to get October off to a good start, I’m limiting my comments to the bare minimum.

If you missed Part I or Part II from September, look no further. Part II is going to go by quickly, so here we go…

END_OF_DOCUMENT_TOKEN_TO_BE_REPLACED 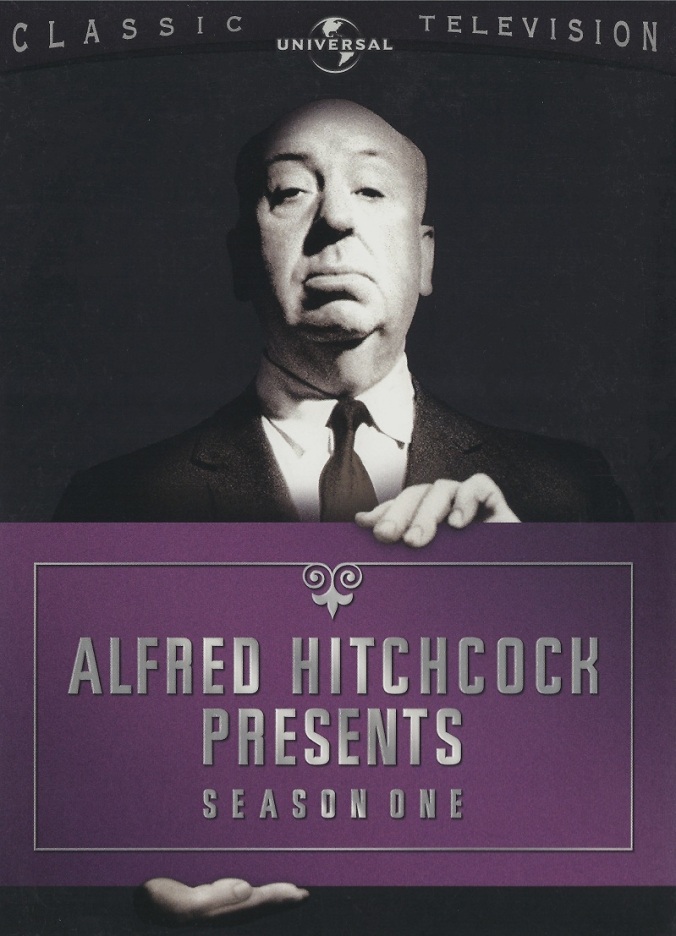 It seems odd for someone like me who loves classic TV anthology shows (The Twilight Zone, The Outer Limits, etc.) to have seen so few episodes of Alfred Hitchcock Presents (1955-1962) or The Alfred Hitchcock Hour (1962-65), but such is the case. Stranger still that I’ve been a Hitchcock fan since I saw my first Hitchcock feature film (Spellbound) when I was a kid. But there’s a reason I resisted this show until now.

END_OF_DOCUMENT_TOKEN_TO_BE_REPLACED

I live in something of a cinematic vacuum. My friends and co-workers often seek to set me free from said vacuum by tempting me with current TV shows, assuring and often promising “You’ll love this show!” They’ve attempted to lure me into the television universe with Game of Thrones, Orphan Black, Orange is the New Black, Fargo, The Leftovers, Big Little Lies, Westworld, and many more. I’ll usually ask them if the show is ongoing or if it’s ended. Is it one season or two? More? How many episodes? How long is each episode? When I start doing the math, I figure out that I can usually watch anywhere from five to eight movies during the same amount of time it would take me to watch one season of just about anything. So I usually pass.

But one of my co-workers told me that I might like the HBO series The Night Of, a self-contained season with eight hour-long (give or take) episodes. I’d heard positive things about the show but also knew it wasn’t being talked to death nearly as much as a show like Game of Thrones, so my interest level increased a bit. I had a long Labor Day weekend coming up, so I decided to give it a try.

END_OF_DOCUMENT_TOKEN_TO_BE_REPLACED

Unfortunately you’ll find very few Blu-ray or DVD releases in May from the “classic” era of film noir, but next month does offer some nice neo-noir titles and a couple of complete TV series sets. Let’s get started:

END_OF_DOCUMENT_TOKEN_TO_BE_REPLACED

Today I provide you with a little unexpected comedy to end a year that hasn’t been very funny at all. Sometimes, just when you think life can’t get any worse, something comes out of left field and simply demands laughter. I had such an experience a couple of days ago. Maybe it will evoke a chuckle or two for you as well.

END_OF_DOCUMENT_TOKEN_TO_BE_REPLACED

Last year I reviewed Better Call Saul: Season One (2015), noting that the show was far better than it had to be and maybe even the best show on television. Nothing I saw in the show’s second season causes me to change my opinion. In fact, I’m even more convinced.

END_OF_DOCUMENT_TOKEN_TO_BE_REPLACED

Once again I am honored to be a part of the group of ScreenPrism writers. If you haven’t visited the site, please do! My newest article, “How is Breaking Bad‘s Walter White like the Old Testament’s King Saul?” is now up on the site. Hope you enjoy it!