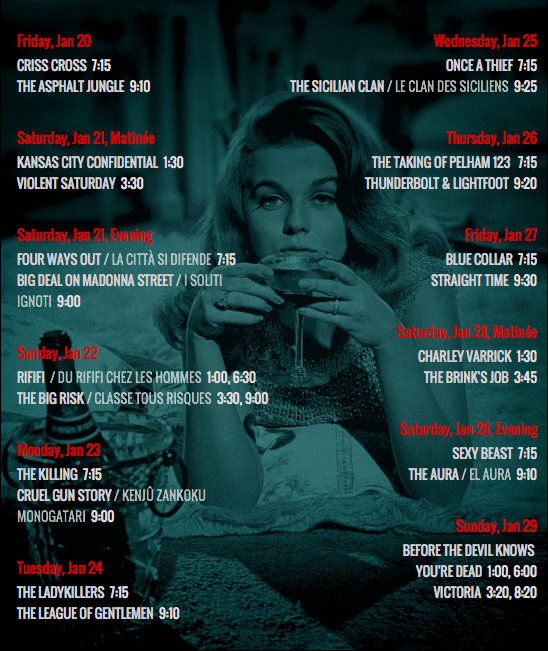 When first looking over the Noir City schedule, you might come away disappointed, not in the selection of titles, but in the number of films shown per day. With the exception of Saturdays, Noir City features two films a day, generally showing around 7:15pm and 9:00pm or thereabout. (The two Sunday films are repeated later in the day.) But remember, you’re in San Francisco, one of the most fascinating cities on the planet, so go explore it! In the two years I’ve attended Noir City, I have also gone on a wine tour, an “Alfred Hitchcock’s San Francisco” walking tour, visited the Museum of Modern Art, Alcatraz, a Japanese garden, John’s Grill, ran a 5K, spent time in Chinatown, and much more.

END_OF_DOCUMENT_TOKEN_TO_BE_REPLACED

One of the greatest pleasures of any film festival comes from meeting other movie lovers and talking with them. That was certainly the case with me this year, meeting several great people that I’ll get to later. Yet oddly enough, I met a fellow noir fan at Noir City who lives practically in my backyard. Haggai – who lives in Silver Spring, Maryland, about a 45-minute drive from my house – has been coming to Noir City in San Francisco since 2007. He certainly knows the Noir City ropes as well as his films and I had a great time meeting and talking with him. He invited me to join him for Saturday’s opening movie, Phil Karlson’s Kansas City Confidential (1952).

END_OF_DOCUMENT_TOKEN_TO_BE_REPLACED 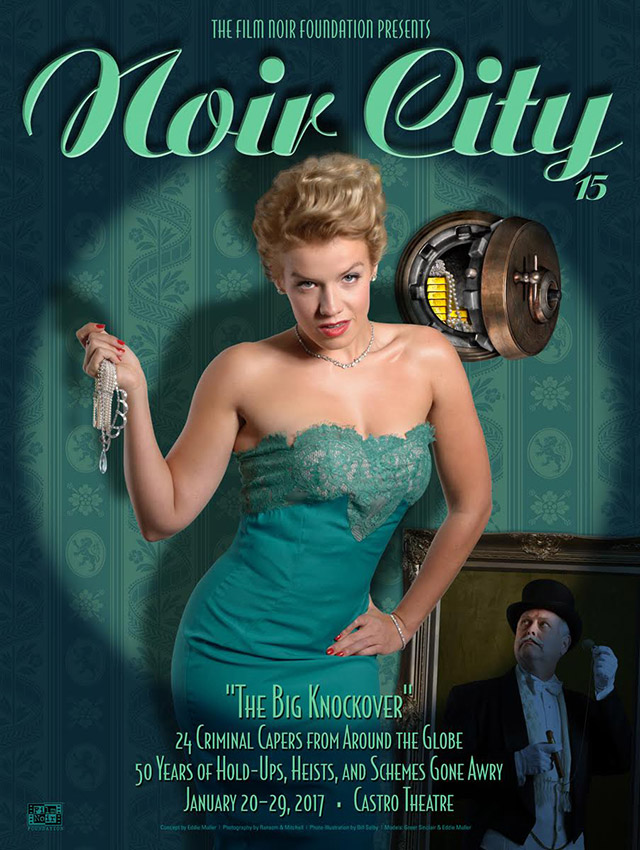 Murder. Theft. Corruption. Greed. Betrayal. It’s good to be back in Noir City.

END_OF_DOCUMENT_TOKEN_TO_BE_REPLACED 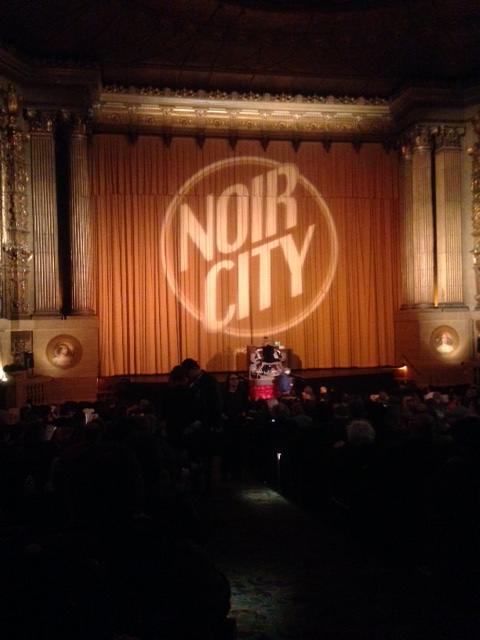 I’m so jet-lagged I’m not even sure of my name (I think it’s Sterling Hayden…), but I did want to offer up a quick post to let you know I’m back home from Noir City 15 (even though it’s still going on) and will be reporting on the festival, the films, the great people I met and more very soon. Stay tuned!

Things will be silent for awhile here at Journeys in Darkness and Light until after I get back from Noir City 15 in San Francisco. Rest assured, I’ll give a full report on the first half of the festival when I return. (Unfortunately I will only be there for half of the entire 10-day event.) I will, however, be Tweeting from Noir City, so be sure to follow me on Twitter @awolverton77. In the meantime, here are the movies I’ve seen the past few days:

END_OF_DOCUMENT_TOKEN_TO_BE_REPLACED

While there aren’t a lot of film noir Blu-ray releases in February, you’ll no doubt find at least a couple of things to get excited about. As always, these titles are North American Region A releases on Blu-ray unless otherwise noted.

END_OF_DOCUMENT_TOKEN_TO_BE_REPLACED

(For more about the Blind Spot series, please check out The Matinee.)

“Everything is becoming so hideously easy. Even forgetting pain.”

This line – delivered late in the film – summarizes what L’Avventura is all about. It is a revelatory line for the character who delivers it, a line that not only encapsulates everything about the film, but also barely scratches the surface of much bigger themes.

END_OF_DOCUMENT_TOKEN_TO_BE_REPLACED

We’re only ten days into the new year and I’ve already seen at least five films that could be considered masterpieces. I’ve also knocked off two films from my Blind Spot 2017 series, one discussed here and another that I hope to write up soon.

END_OF_DOCUMENT_TOKEN_TO_BE_REPLACED

People ask me all the time why I don’t like musicals. I tell them it’s mostly because I spent years of my life playing trumpet in pit orchestras for little theater gigs, in college out of obligation to a music fraternity, and later to pick up some extra money. Of course little theater is far removed from Broadway, but I like professionally-produced live musicals even less than amateur productions. Movie musicals are a different matter and while La La Land certainly qualifies as a “musical,” I think of it as something more. The film has also been called a “love letter to” L.A., nostalgia, classic musical-dance numbers, and much more. Those elements are certainly present in La La Land, but I believe none of them is the point of the film. Then what is?

END_OF_DOCUMENT_TOKEN_TO_BE_REPLACED

Hell or High Water is a story set in modern-day West Texas directed by a Scottish director. I was stunned to learn this since David Mackenzie obviously knows the place and its people so well. He also knows that his film’s vision goes far beyond that of a modern-day Western/crime picture, which it does, sometimes spectacularly.