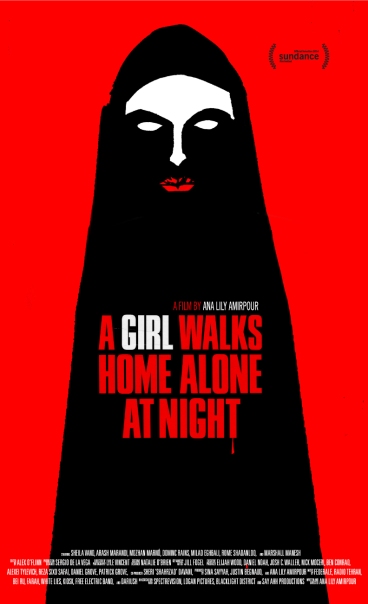 I am convinced that director Ana Lily Amirpour is going to one day make a great film. A Girl Walks Home Alone at Night is not that film, but it’s pretty good and it sure gets your attention.

END_OF_DOCUMENT_TOKEN_TO_BE_REPLACED

When the first edition of The Twilight Zone Companion was published in late 1982, I bought a copy and immediately wore it out. At the time, WGN in Chicago was airing reruns of The Twilight Zone every night and I’m pretty sure I didn’t miss a single episode. Zicree’s book was invaluable. So how well does it hold up in 2015?

END_OF_DOCUMENT_TOKEN_TO_BE_REPLACED

Other than a couple of reissues, May looks to be a pretty light month for film noir Blu-ray releases, but there are a few interesting neo-noir/noir-related films. If you know of any noir releases I’ve missed, please let me know!

END_OF_DOCUMENT_TOKEN_TO_BE_REPLACED

Lou Bloom (Jake Gyllenhaal) is desperate for a job. He steals copper wire, a chain link fence and other items, tries to negotiate a better price with a shady buyer, then asks the buyer if he’s hiring. He’s not, but it’s clear Lou is willing to do anything for work. At this point, we’re not 100% sure who Lou is or what motivates him, but we suspect he’s adrift in the world, looking for his place in it. He’s gotta fit somewhere…

END_OF_DOCUMENT_TOKEN_TO_BE_REPLACED

When I saw weeks ago that Citizen Kane (1941) was going to play at the AFI Silver in Silver Spring, Maryland, I experienced one of those “bucket list” (for want of a better term) moments in life. I’ve always wanted to be able to travel back in time to key events, not so much from world history, but from arts history. What I wouldn’t give to have heard some of David’s psalms performed live, for instance, or Stravinsky’s The Rite of Spring premiere in Paris in 1913, or Bob Dylan “going electric” at the Newport Folk Festival in 1965, to name just a few.

I’ve always had “Watching Citizen Kane in a theater with an audience from 1941” on that list. Of course I can’t go back in time to 1941, but the screening of the film at AFI last night (as part of the Orson Welles Centennial) gave me the chance to realize most of that wish. The AFI Silver is a gorgeous theater, one reminiscent of those grand old movie houses that you can see now only in photographs: elegantly designed and decorated shrines that seem at least as otherworldly as the films projected in them, the perfect setting for Citizen Kane.

END_OF_DOCUMENT_TOKEN_TO_BE_REPLACED

It’s an event you probably never studied in school, a part of history that few people talk about or even know of unless it affected them personally. And although this event occurred 100 years ago this month, those responsible for it and their descendants continue to deny it ever happened.

END_OF_DOCUMENT_TOKEN_TO_BE_REPLACED 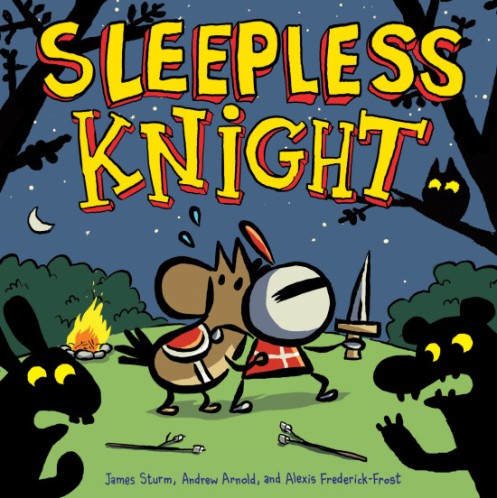 First Second – a division of Macmillan Publishers – offers “graphic novels for children, adults, and everyone in between.” The word “everyone” certainly includes very young readers, the target audience for Sleepless Knight, a collaboration between James Sturm (co-founder of the Center for Cartoon Studies in White River Junction, Vermont), Andrew Arnold, and Alexis-Frederick-Frost, all of whom have previously worked together on the Adventures in Cartooning series. With Sleepless Knight, the creators have given kids (and their parents) a fun, humor-filled graphic novel picture book.

END_OF_DOCUMENT_TOKEN_TO_BE_REPLACED

The Saturday Evening Post may just possibly be the unlikeliest place to give birth to one of the all-time classics of film noir, but that’s where Eddie Muller’s Gun Crazy: The Origin of American Outlaw Cinema begins.

END_OF_DOCUMENT_TOKEN_TO_BE_REPLACED 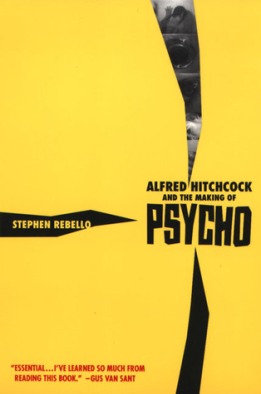 Originally published in 1990 (reissued to coincide with the release of the 2013 film Hitchcock), Rebello’s treatment of the making of Psycho (1960) succeeds in delivering an amazing amount of the behind-the-scenes stories of the film, but offers only a glimpse into the mind of Hitchcock himself. Of course to expect a complete account of Hitchcock in a 288-page book primarily devoted to one work would be foolhardy. Even if we had an Alfred Hitchcock and the Making of __________ book for every movie the director made, I’m still not sure we would really know the man. But perhaps the best way to know the director is to examine him through the films he made, and on that basis alone, Rebello’s work is essential reading.

END_OF_DOCUMENT_TOKEN_TO_BE_REPLACED

The 2015 Annapolis Film Festival was a very good experience and one that I would recommend to any film lover (especially in the Washington DC area). I had previously attended and enjoyed the first festival in 2013 (and missed 2014), but this year was several notches higher in organization, quality, and enjoyment. I look forward to seeing this festival grow even more in the coming years. The organizers are to be congratulated for a job well done.

The first three films are reviewed in full via the links provided. Unfortunately, time permitted me to write only capsule reviews of the other films. I hope you’ll find a few films here to seek out.