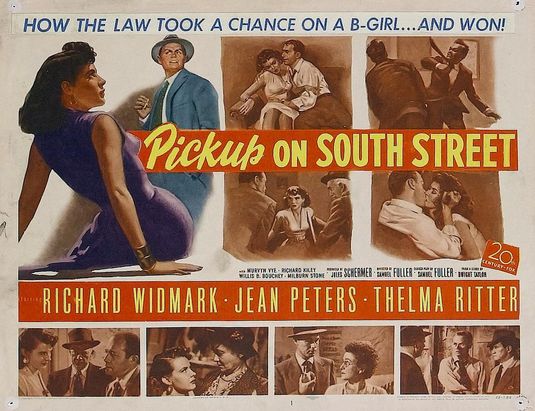 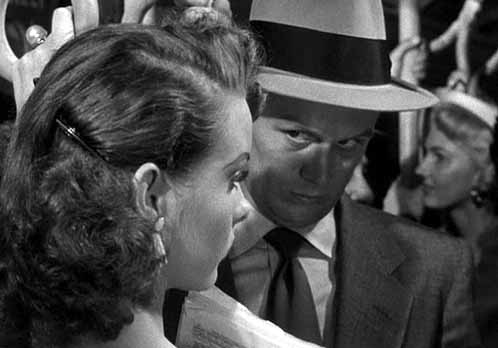 It’s just another job for pickpocket Skip McCoy (Richard Widmark, right)… He spots a woman on a New York City subway train, lifts her wallet, and is on his way. He’s done it a thousand times and hardly has to even think about it. But this time Skip has picked up more than he’s bargained for. The wallet contains microfilm filled with top-secret government information. The woman named Candy (Jean Peters, left) was going to deliver the microfilm to her ex-boyfriend Joey (Richard Kiely). Joey had told Candy that the envelope she was delivering contained stolen business documents. Candy doesn’t know that Joey is really a communist spy and Skip doesn’t know what he’s got. They’re both in a world of trouble.

END_OF_DOCUMENT_TOKEN_TO_BE_REPLACED 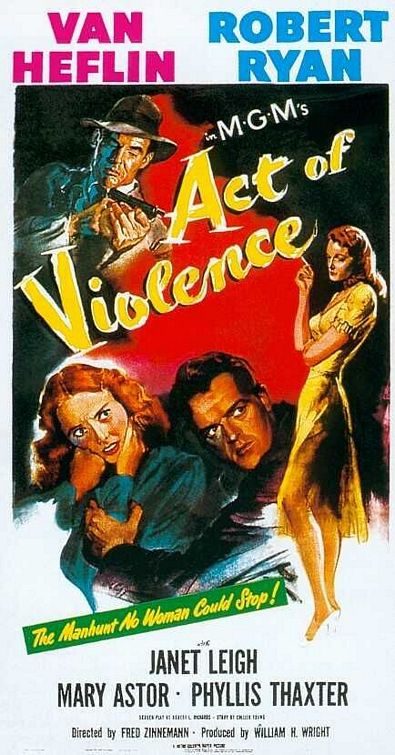 World War II hero Frank Enley (Van Heflin) is a well-respected man in Santa Lisa, California and has everything going for him: a wonderful wife named Edith (Janet Leigh) and a little boy named Georgie.

But when Frank discovers that one of his war buddies Joe Parkson (Robert Ryan) desperately wants to see him, he panics. No one knows why, but Frank’s fear forces him into hiding.

END_OF_DOCUMENT_TOKEN_TO_BE_REPLACED

Like many film noir movies, this Monogram picture is told mostly in flashback, but the weird nature of the film combined with multiple double crosses and a seriously wicked femme fatale, all in a glorious low-budget production, make Decoy a must-see. As the story begins, a dying Margot Shelby (Jean Gillie) tells police Sgt. Joe Portugal (Sheldon Leonard) the story of Margot’s gangster boyfriend Frankie Olins (Robert Armstrong), a criminal who’s about to go to the gas chamber for killing a guard during a heist. Although he got nabbed, Frankie made off with $400,000 and swears he’s going to take the knowledge of where the money’s stashed with him to the grave. END_OF_DOCUMENT_TOKEN_TO_BE_REPLACED

LAPD Detective Lieutenant Sims (Sterling Hayden, above) is having a tough time trying to quit smoking, but that’s nothing compared to the problem of finding a cop killer. Sims is sure about one thing, though: once a bad apple, always a bad apple. So when ex-con Steve Lacey (Gene Nelson, below center) comes up as a possible accomplice in the murder and maybe also a bank robbery, Sims is clearly looking in Lacey’s direction.

END_OF_DOCUMENT_TOKEN_TO_BE_REPLACED 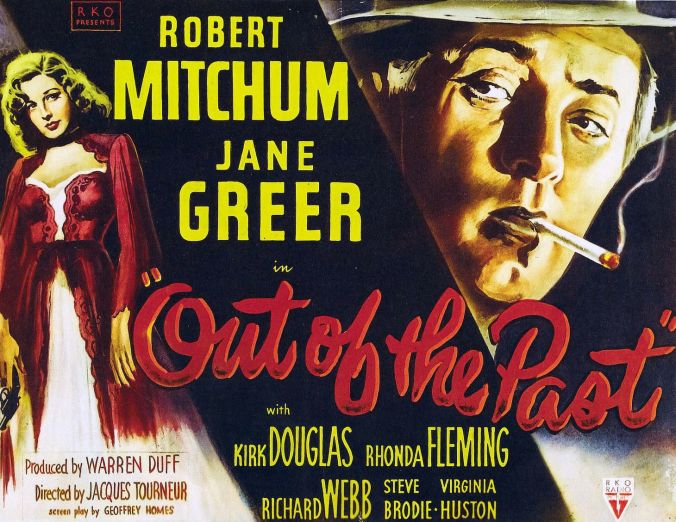 We may be done with the past, but the past is never done with us. Robert Mitchum plays Jeff, a man trying to escape his shady past and settle down in a small rural community with a good woman (Virginia Huston, above left), but former big city boss Whit Sterling (Kirk Douglas) has other plans for him. First, find Whit’s girl Kathie Moffat (Jane Greer, below right), who shot him and stole $40,000 from him.

END_OF_DOCUMENT_TOKEN_TO_BE_REPLACED

I’ve seen a lot of great gift guides floating around lately. Two in particular are excellent for the lover of classic film: first the Classic Movie Gift Guide from The Blonde at the Film and then the 2016 Classic Film Holiday Gift Guide from Out of the Past. Both of these excellent gift guides inspired me to create my own, one dedicated solely to film noir. Now understand that as much as I love film noir, I am not an expert. I am still in the infancy stages of learning about film noir, so my suggestions are far from comprehensive. Yet I hope they will be helpful.

END_OF_DOCUMENT_TOKEN_TO_BE_REPLACED

The first time I saw Friends of Eddie Coyle, I thought it was a pretty good realistic, gritty crime film that I watched mostly for Robert Mitchum, who was still getting it done at age 56. Watching it again, I begin to see just how good it is.