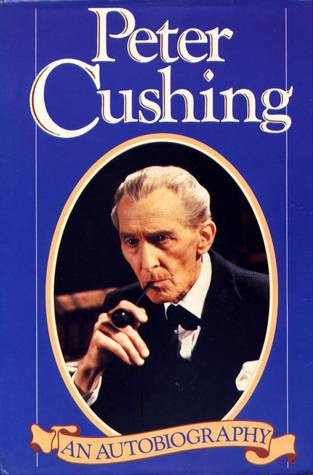 It’s not uncommon for people coming into the library where I work to get a little confused about biographies and autobiographies. We often get requests such as “that autobiography of Alexander Hamilton that he made into a musical,” (multiple problems there) or “Leonardo da Vinci’s new autobiography by Walter Isaacson” (problems here, too). With grace and gentility, we point out that autobiographies are written by the subject themselves and biographies are penned by other people who (hopefully) did careful research and study. Memoirs (which seem to be everywhere these days) are like autobiographies, but usually focused on a specific portion of the writer’s life. Peter Cushing: An Autobiography is truly an autobiography, yet it ends well before the end of the actor’s career. At only 157 pages, the work is quite short, stopping at the death of Cushing’s wife Helen in 1971. Although he worked for 15 more years and lived until 1994, Cushing chose not to reveal anything further about himself in this volume. (A second volume, Past Forgetting: Memoirs of the Hammer Years was published in 1988.)

A warning is in order. If you’re a rabid Hammer Studios horror fan, you’ll find little in the book to celebrate. If you’re a Star Wars fan, longing to explore the intricacies of Cushing’s role as Grand Moff Tarkin in the original Star Wars (A New Hope), you’ll find absolutely nothing, other than a mention in Cushing’s complete credits. (I’m always astounded at people who think Star Wars was his final film. It wasn’t.)

So what does Cushing discuss? Mostly his beginnings as an actor and the great love he had for his wife Helen.

As a young boy, Cushing loved model soldiers (a hobby he retained throughout his life) and puppets, putting on various performances for friends, relatives, and anyone else who expressed an interest (and could pay him a little money). It may be hard for fans to believe it after seeing so many of this films, but Cushing’s diction was so atrocious he had to teach himself how to speak and enunciate properly. He eventually gained valuable experience in the British theatre, but yearned to see if he could make his mark in America, where he was fortunate enough to land his first role (albeit a small one) in the James Whale-directed The Man in the Iron Mask (1939). He next appeared in the Laurel and Hardy film A Chump at Oxford (1940). Small roles, but not bad for your first outings.

During World War II, Cushing returned to England, but was prevented from serving due to childhood injuries. Yet he did his part for the war effort by entertaining the troops with the Entertainments National Service Association, where he met his future wife Helen Beck, a dancer and actress. He also met Laurence Olivier, who wanted Cushing to play an American in a stage production of Born Yesterday. Cushing wanted the part, but had to be up-front with Olivier, confessing that while he had spent time in America, he honestly could not pull off the accent. “Well,” Olivier replied, “I appreciate you not wasting my time. I shall remember you.” And he did. 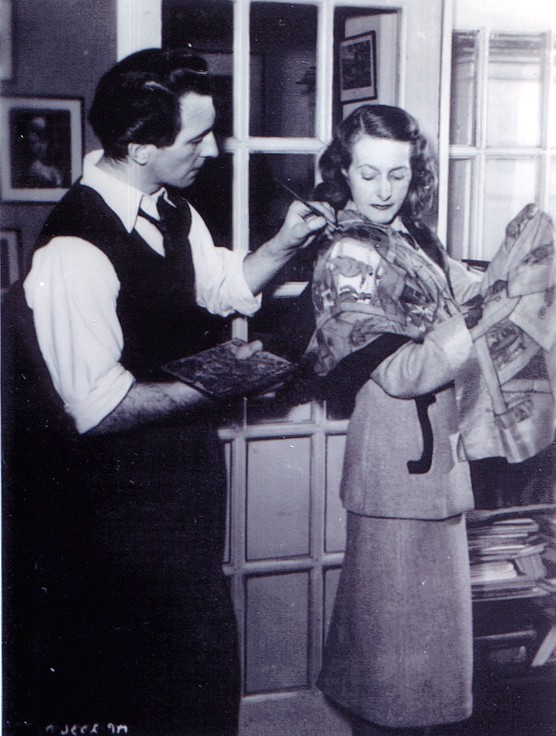 Peter and Helen Cushing in 1946

Cushing’s career was up and down for several years and his life was filled with challenges beyond those of acting. Helen grew ill and had to stop working. During one dark time, the couple were forced to go on National Assistance. Cushing’s own father told him, “You’re nearly 40 and a failure.” Doubt and depression plagued him, yet Helen was his stronghold. Although often in poor health, she always encouraged him. In one letter she wrote, “Please do not undermine the energy, concentration and enjoyment of the great work you can, and do give to the world.” She was his champion and Cushing was totally devoted to her. The passages in the book that chronicle her final illness and death make for devastating reading.

Although it meanders quite often with descriptions and remembrances of quiet and sometimes mundane events, Peter Cushing: An Autobiography is best enjoyed as a chronicle of the early development of an actor as well as a touching love story.