Rewatching movies you haven’t seen in ten or more years can be a real crap shoot. If you cherish wonderful memories from a film, you certainly don’t want to run the risk of spoiling those memories forever. Yet you might discover that a film you once dismissed as average (or worse) has gained an element of beauty with age, when in fact, the movie hasn’t changed at all, but you have.

So it is always with a bit of trepidation that I rewatch a film from 10+ years ago. The least amount of time that passed between viewings of the following films was about 10 years; the most: 35 years. Here are the films I revisited in 2014 and enjoyed even more the second time around: 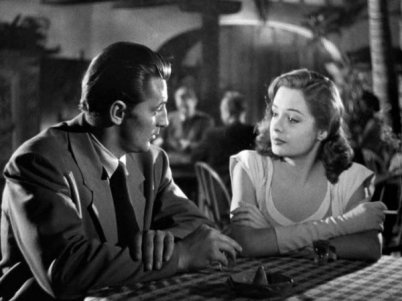 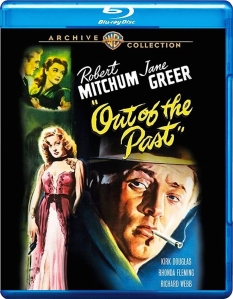 We may be done with the past, but the past is never done with us. Robert Mitchum plays Jeff, a man trying to escape his shady past and settle down in a small rural community, but former big city boss Kirk Douglas has other plans for him.

That sense of not being able to escape your past probably didn’t mean much to me the first time I saw the film, since I was in my 20s and didn’t have much of a past. Yet now, thinking about the sins/mistakes/indiscretions of my life, and pondering how such things might come back to haunt me as they did Jeff, this viewing became much more personal.

Out of the Past is recognized as one of the great films noir and contains one of noir’s most gut-wrenching final scenes. The performances are excellent and Jane Greer is one of the most stunning of all femmes fatale. (Out of the Past was also the first movie in our library’s “Film Noir Theatre” series in 2014.) 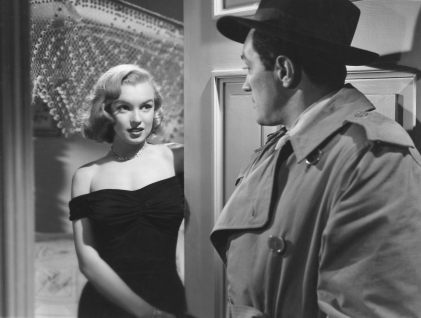 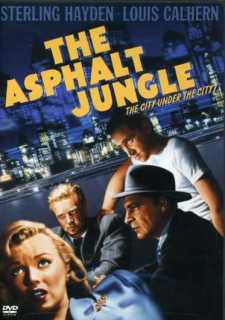 Huston’s heist film is nothing short of a noir masterpiece, featuring exceptional performances all around. Big dreams meet harsh realities, which is what noir is often all about. Marilyn Monroe (in her fourth credited screen role) and Louis Calhern share a great scene during a police investigation but the kicker for me is the scene in which Dix (Sterling Hayden) gets closer and closer to his life’s dream. 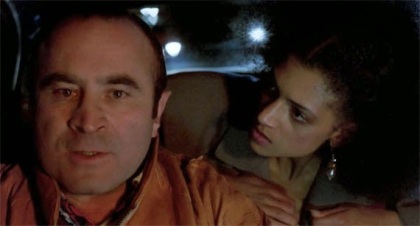 Mona Lisa is almost a great film. It stars Bob Hoskins (who is frequently great) as George, a man who works for the London mob. It’s his first day out of jail and he’s ready to get back to work when his boss (Michael Caine) assigns him to be a driver/bodyguard for a prostitute named Simone, played by Cathy Tyson (niece of actress Cecily Tyson). The film is full of wonders, the most amazing of which is the fact that Tyson can act toe-to-toe with Hoskins. Simone exudes elegance and an icy invulnerability, yet we also know there’s a painful part of her past she’s not willing to divulge. Hoskins and Tyson are absolute magic together. Unfortunately, the film suffers from a weak ending, keeping it from becoming a truly great film. Tyson’s performance makes you wonder why she never hit superstar status. Perhaps it was her choice. The talent’s certainly there.

The movie also stars a very young Robbie Coltrane and features a nice, slimy performance by Michael Caine. Sadly, Hoskins – who delivered many great performances in his career – passed away earlier this year. I wanted to revisit the film in honor of Hoskins, but hesitated to do so because of a memory of first watching the film on a date in 1987. When the film was over, I was convinced that the girl I was with hated it, although she never said so. Well, 27 years changes a lot of things, right? 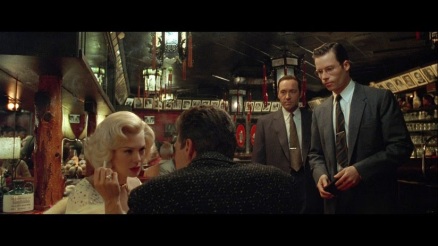 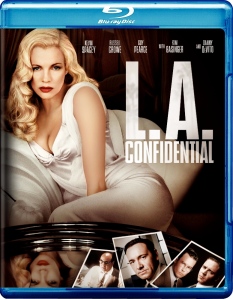 Looking back on all the other films nominated for Best Picture in 1997 – Titanic (which, to no one’s surprise, won), As Good as It Gets, Good Will Hunting, and The Full Monty – L.A. Confidential, in a perfect world, should have won.

My guess as to why it didn’t? For one thing, good or bad, Titanic was just too popular. For another, while neo noir was and still is popular (films around that period such as Reservoir Dogs, The Usual Suspects, Dark City, Memento, Mystic River, etc.), L.A. Confidential is in reality a classic period film noir set during its heyday (1953). Like many of those films from the noir era (roughly the 1940s and 50s), L.A. Confidential contains lots of crime, dark settings, plot twists, tough talk, convoluted storylines and more. The look of the film is stellar and the cast is just about perfect. I suspect (and hope) that L.A. Confidential will stand the test of time as a classic. 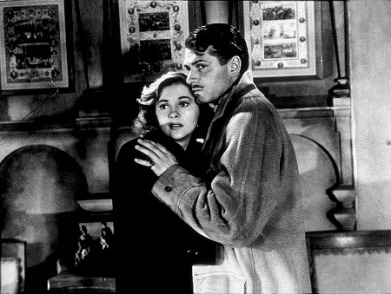 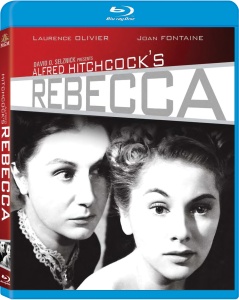 Hitchcock’s first American film – and his first film to direct under the eagle eye of producer David O. Selznick – was his only film to win the Best Picture Oscar. Incredible, isn’t it? While excellent on many counts, Hitchcock was still developing many of his skills in pacing, mood and style. Laurence Olivier is (for Olivier) pretty much going through the motions, which works for the character of Maxim de Winter, who marries an ordinary woman (Joan Fontaine) in order to forget his deceased first wife, Rebecca. Judith Anderson steals the show as Mrs. Danvers, the ice-in-her-veins housekeeper. You’ll never forget her performance or the film’s final scene. Watching the extras on the Blu-ray – especially all the Hitchcock vs. Selznick shenanigans – is definitely worth a look as well. 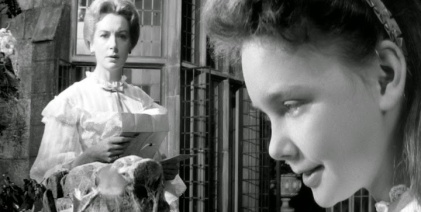 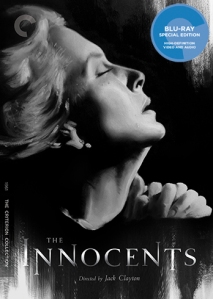 I recommended this film as a “alternative” for Halloween viewing. You can read that recommendation and more about the film here. 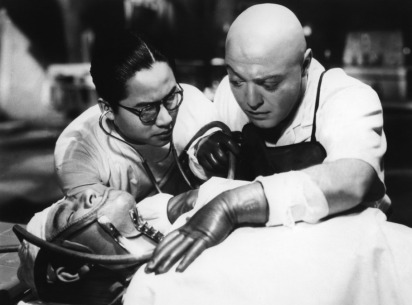 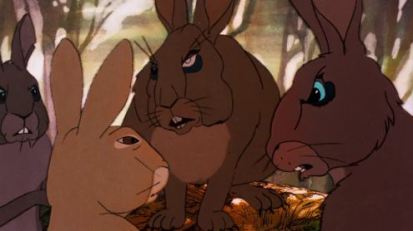 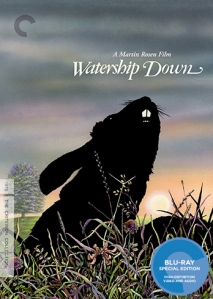 I only saw Watership Down once when I was in high school. We’d just gotten cable TV and it seemed like the film came to HBO almost immediately after its theatrical run. I remember a grim, violent, yet beautiful animated film featuring the voice of John Hurt, whom I thought at the time was the greatest thing ever. (Maybe he was…)

35 years later, I found myself enjoying the beauty and artistry of the film, getting caught up in the animation, the performances, the music, and the terror. The quest story of rabbits fleeing the impending doom of their warren to seek their own home is effective without getting sappy or sentimental, largely due to the voices of some very fine actors. I’m glad I revisited this and am considering buying the Criterion Blu-ray when it’s released in February.