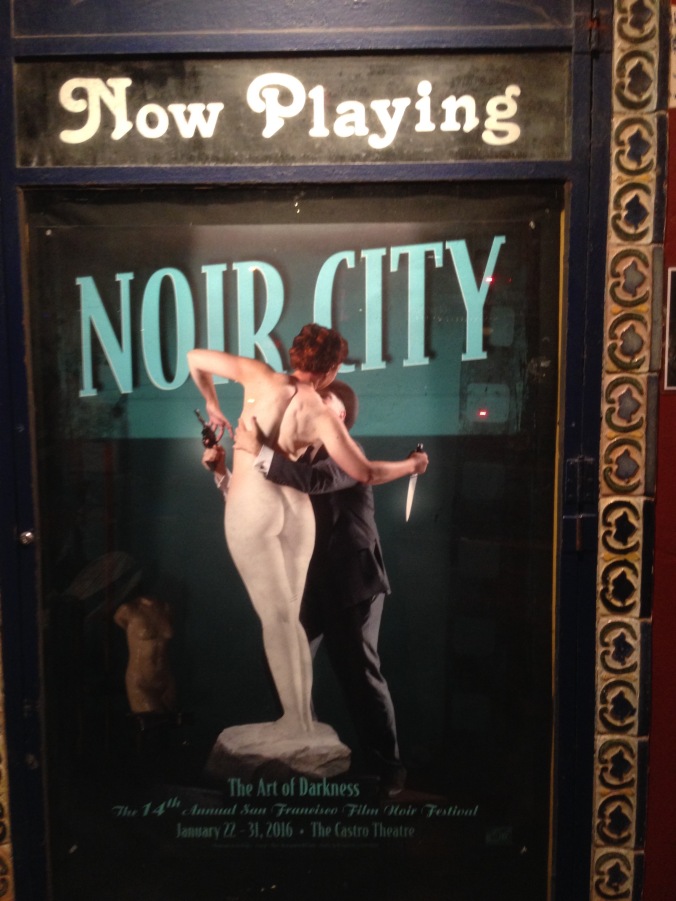 Ever since film noir began to wrap its dark tendrils around my neck a couple of years ago, I knew it would eventually lead me deep into the heart of Noir City. This year, I could no longer resist. Although I could only attend six days of the festival’s ten-day schedule, I got a good sense of what Noir City, its films and its people, are all about.

(For more about Noir City, listen to this excellent interview with Eddie Muller over at The Cinephiliacs podcast.) 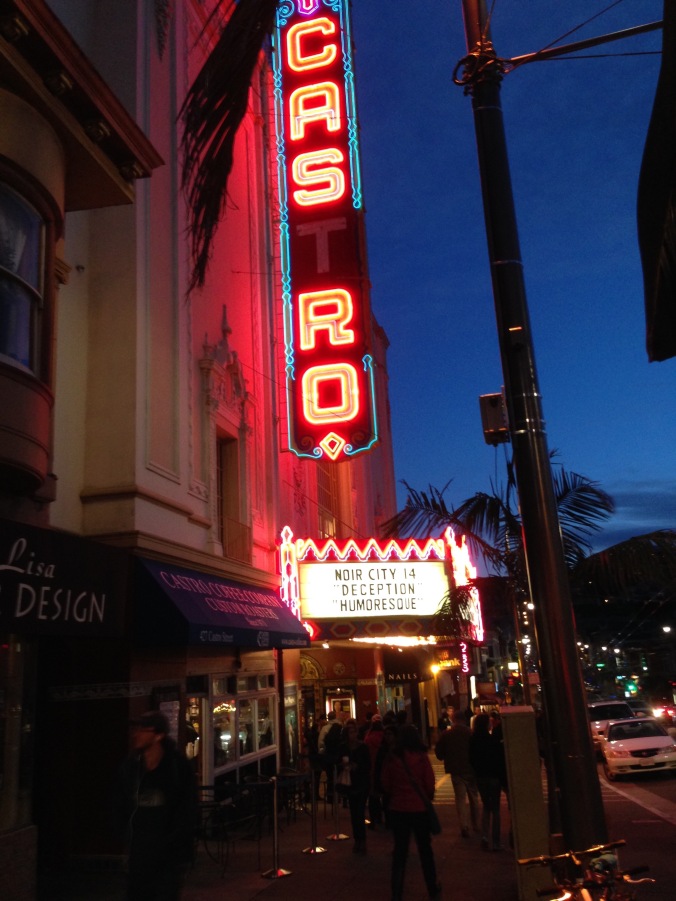 The first (of many) awe-inspiring moments happened as soon as my Uber driver pulled up to 429 Castro street. The Castro Theatre is a San Francisco historic landmark for a reason. 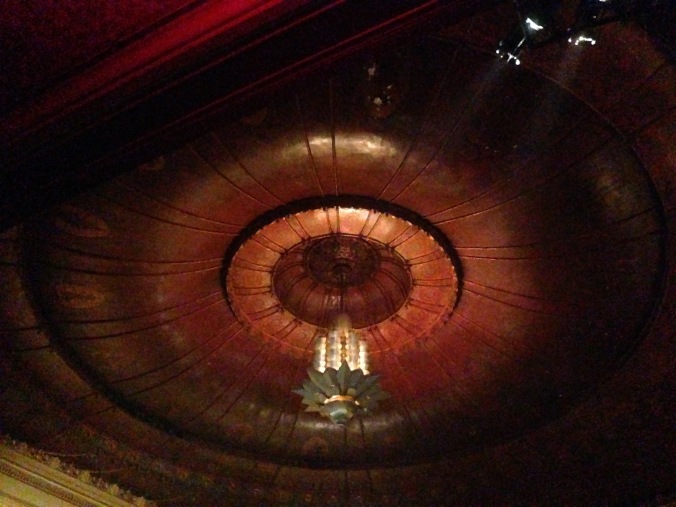 Built in 1922, the 1,400-seat palace boasts the last known “leatherette” ceiling in the country and quite possibly the world. 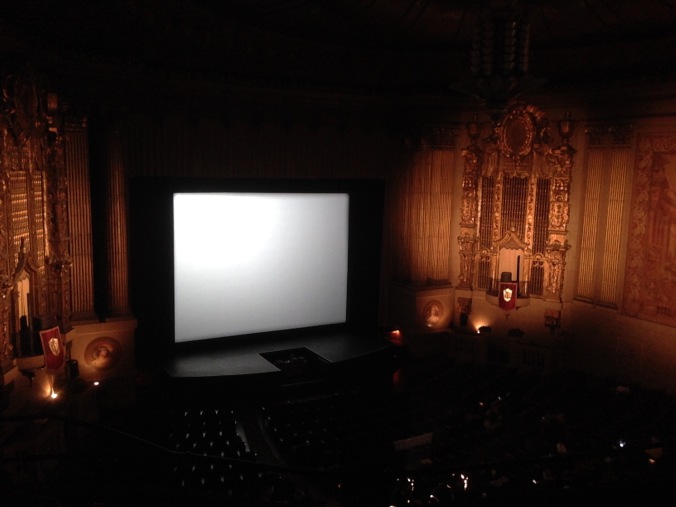 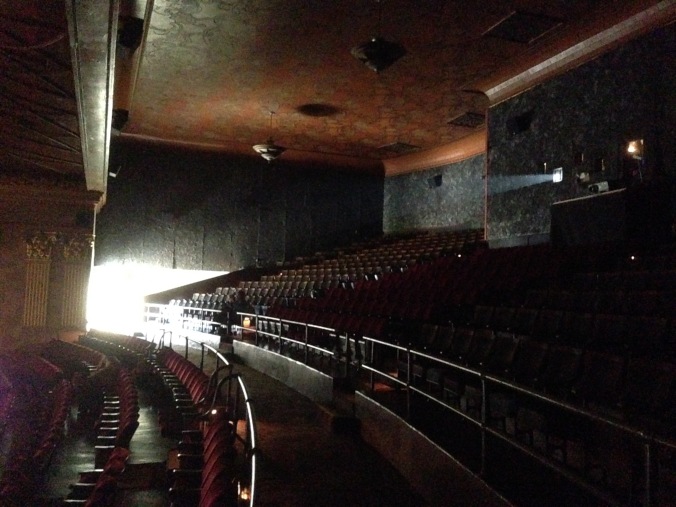 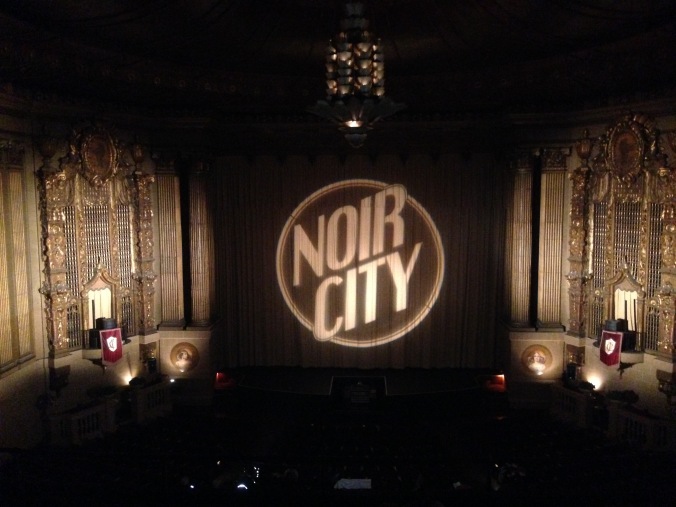 The interior of the theater is absolutely gorgeous and ornate as you can (hopefully) tell from these photos. 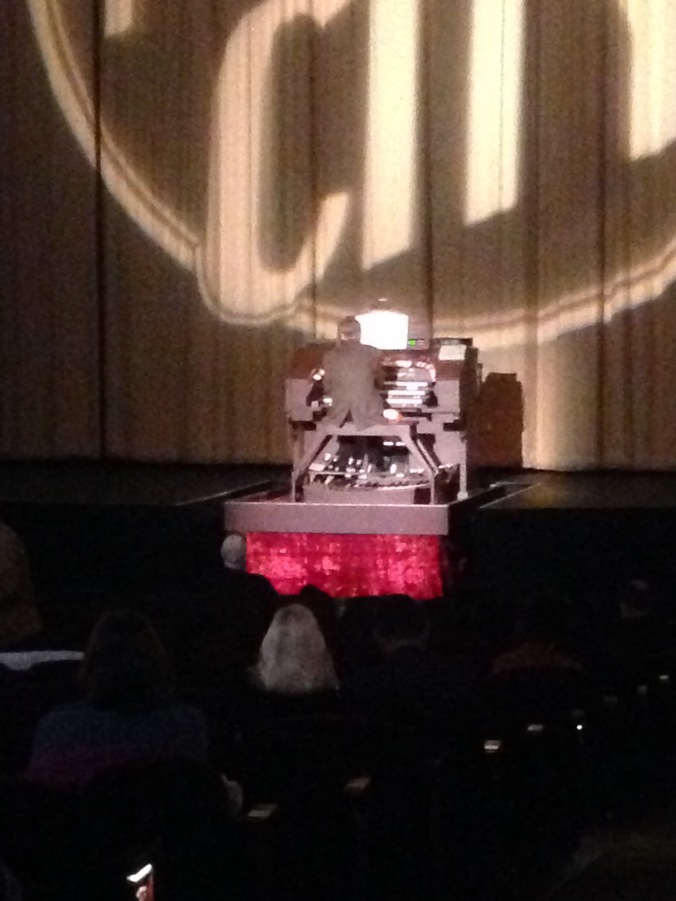 The Castro even has a pipe organ which is played before each film, raised and lowered by hydraulics. Visiting the Castro is like waking up in the 1940s, especially since many of the opening night attendees dressed in period costumes. The ornate staircases, the swirls of carpet from a bygone era, everything you see leads you to believe that Humphrey Bogart might be standing right behind you in the concession line or that Barbara Stanwyck might be headed up to the mezzanine for a glass of champagne.

But lest I forget, we’re here to talk about the films. 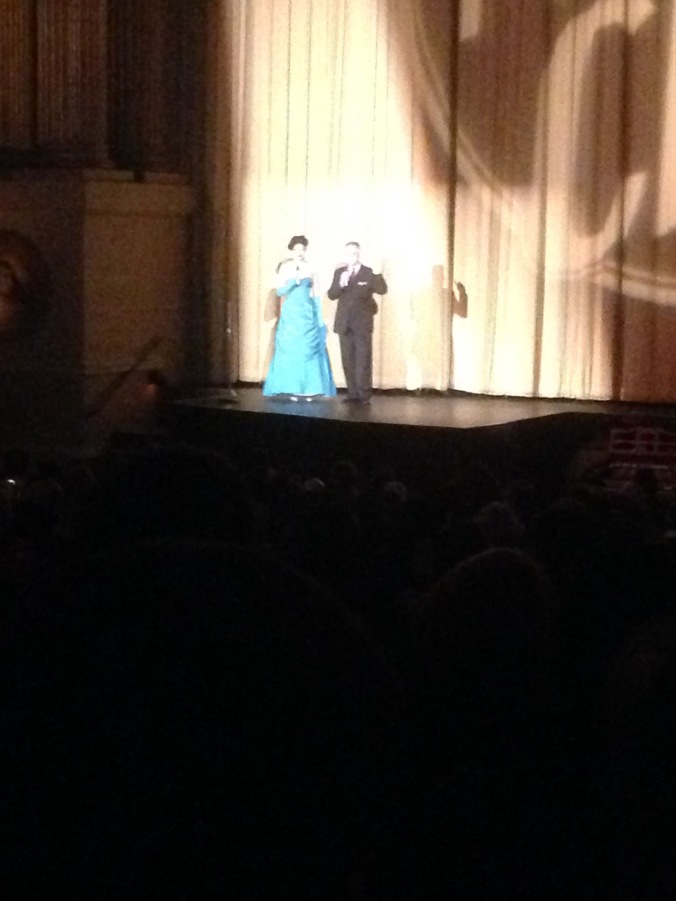 Eddie Muller and Aja De Coudreaux (the model for all the Noir City promotional materials) welcomed the packed house to Noir City 14. After 13 years of hosting and introducing these films at Noir City events, Muller showed nothing but high enthusiasm for the kickoff. Muller spoke a bit about the festival, covered some information about the upcoming events and giveaways, then went on to introduce the festival’s opening film, Rear Window (1954), the first of two films that night about photographers. 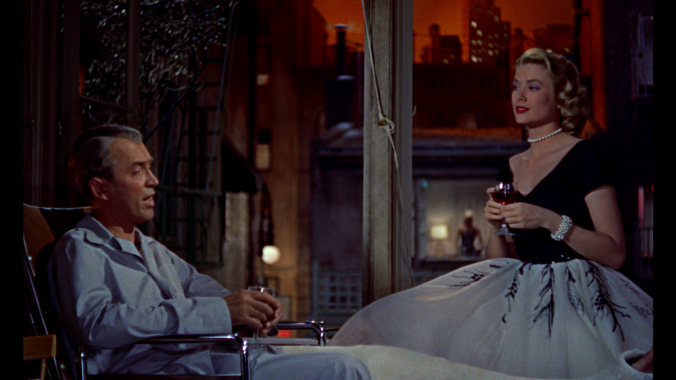 Muller didn’t say all that much about Rear Window (What can be said that hasn’t already been said?), noting Cornell Woolrich’s source material, the exceptional cast and a few other matters before rolling the film. All I can tell you about the experience is this: I’ve seen Rear Window at least half a dozen times, either on VHS, DVD or Blu-ray, rarely with more than one other person. The great thing about film festivals like Noir City is the sense of community that’s automatically built in. There’s just something about hearing 1,400 people all laugh at the sexual innuendo,  Jeff’s (Jimmy Stewart) playful and not-so-playful verbal jabs at Lisa (Grace Kelly), and Stella’s (Thelma Ritter) wise-cracks. All of this makes you want to have these people gathered around you watching films more often, again, building community. All of this is well and good, but there’s something about the way the moments of suspense work to bring us together even more. As Thorwald (Raymond Burr) is found out, and as he makes his discovery looking across the courtyard, it seemed as if the entire audience sat absolutely entranced. No doubt hundreds of us had seen the film before, but many, including several young people around me, obviously had not, gasping as Thorwald approaches Jeff in the darkness of the apartment. One woman even screamed (a scream that was genuine – you can tell) as Jeff dangled out the window, his leg cast pulling him toward the concrete below. These are moments you’ll never experience in your home theater, no matter how large you build it. 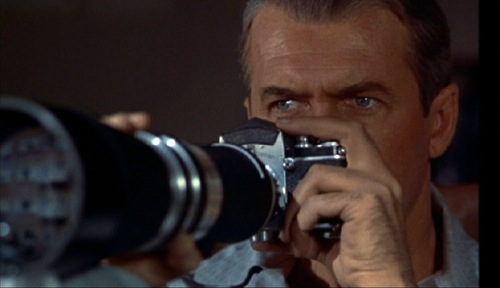 A few people on Twitter lamented that the print shown at Noir City was subpar. Sure, I could quibble and say the Technicolor could’ve popped more, or that some of the distance shots across the courtyard could’ve been clearer, but I was completely satisfied with what I saw on opening night. 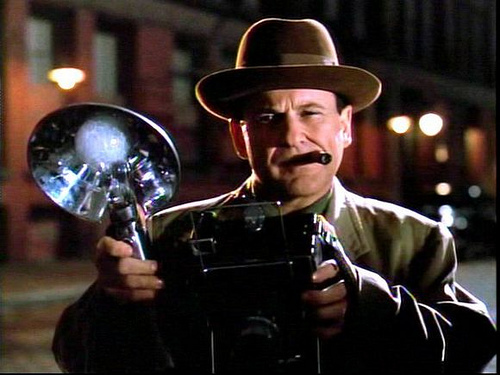 The photographer theme continued with Howard Franklin’s The Public Eye (1992), a film I had heard of, but never watched. Joe Pesci plays Leon “Bernzy” Bernstein, a freelance crime photographers in the 1940s who works primarily for the New York tabloids. Bernzy is approached by a nightclub owner named Kay Levitz (Barbara Hershey) who hires Bernzy to investigate someone working for the mob who seems to want to continue an arrangement the mob had with Levitz’s late husband. 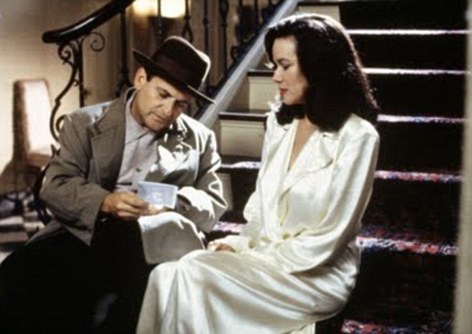 The Public Eye looks good, has great period detail, good performances and some nice scenes, but ultimately is lacking. All the pieces are in place, but the soul just isn’t there. Part of the problem is that the film almost leads us to believe we’re watching a comedy noir, but we’re not. Without giving too much away, we really can’t believe that the main relationship in the film is anything more than either a job for hire or simple manipulation. I wanted to like the film, but it just didn’t pull me in, despite solid performances by many actors I greatly admire. The Public Eye was Howard Franklin’s first solo directorial effort (He co-directed the crime comedy Quick Change with Bill Murray in 1990) and directed only one other film, Larger Than Life (1996), although he has several writing credits to his name.

Although I was disappointed in The Public Eye, the first day of Noir City 14 was a lot of fun. More next time.

(Photos not my own: Everything I Did Everything Wrong…, Daily Mail, Periodistas al cine)