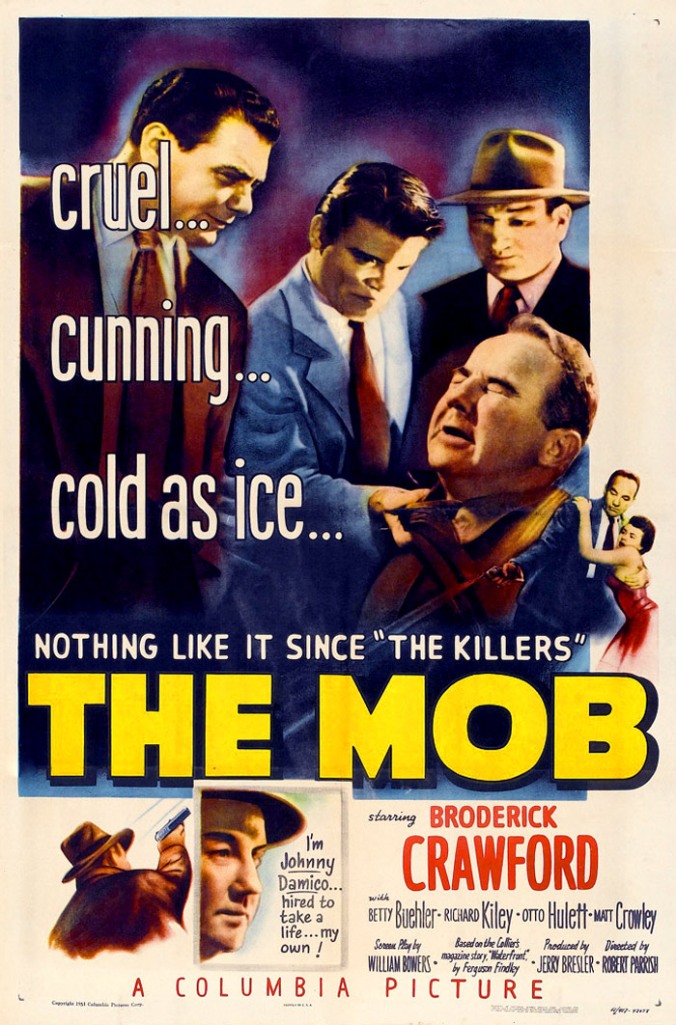 On his way home on a rainy night, police detective Johnny Damico (Broderick Crawford) comes across a man with a gun standing over another man who’s obviously dead. Damico pulls his own gun and draws on the man standing who says he’s a cop, offers Damico his badge, and disappears to call in the shooting. When Damico discovers the man’s a phony, he knows he’s in trouble, big trouble. 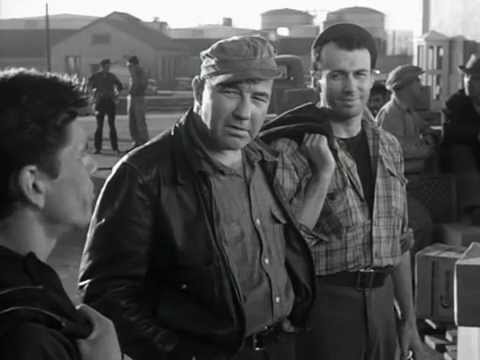 To redeem himself, Damico is ordered to go undercover, getting a job on the New York waterfront docks in order to uncover mob activity. As you might expect, Damico encounters a bit of resistance in the form of a union nasty (Ernest Borgnine), the nasty’s enforcer (Neville Brand), a stool pigeon (Frank DeKova) and more. Plus he’s trying very hard not to blow his cover.

The William Bowers screenplay (based on the 1951 Ferguson Findley novel Waterfront) crackles with great dialogue and all the actors absolutely nail the characters. Do yourself a favor and seek this one out.